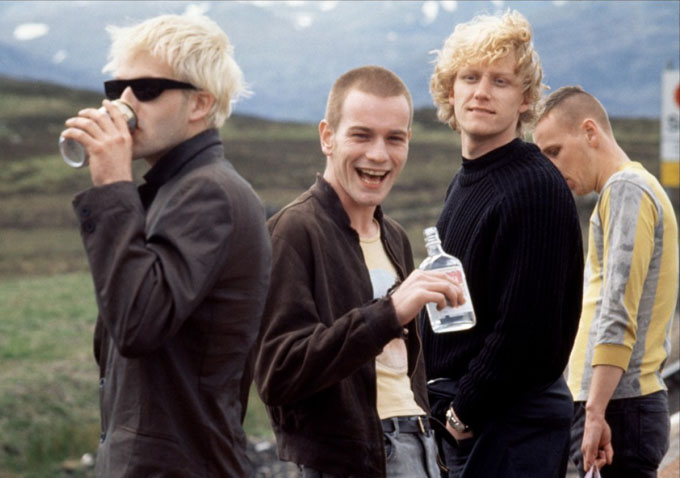 Last year it was announced that Sony TriStar acquired the rights to the “Trainspotting” sequel, and now we can say that filming is underway for “Trainspotting 2.”

The first on-set footage was released with photos and video of Ewen Bremner, who plays Spud, sporting a grey suit and floral patterned shirt filming scenes in Edinburgh. Director Danny Boyle was also on hand in various images. The Daily Mail also shared a slew of images which feature additional crew members.

The new film is reportedly set 20 years after the 1996 movie and will see the characters cross paths again. The script is adapted for the screen by John Hodge. Ewan McGregor is returning as Mark ‘Rent Boy’ Renton, Jonny Lee Miller as Simon ‘Sick Boy’ Williamson and Robert Carlyle as Begbie.

Carlyle told NME last year that the “Trainspotting” script was one of the best he’s ever read and gave minor details about what is expected.

“These four characters are 20 years older now and I’ve never seen a sequel that takes place 20 years after the original, so I think that gives it a certain unique quality,” he explained. “And of course, the audience is 20 years older too — people who came to see the original film when they were in their early twenties are very different people now. And the way John Hodge has put this thing down, obviously with the help of Danny Boyle, is to make it about how the characters’ lives have moved on… or have they?”

Adding, “Without giving anything away, maybe some of them haven’t really moved on. That’s what the audience is going to have to go through with them. I tell you, this film is going to be quite emotional for people. Because the film sort of tells you to think about yourself. You are going to be thinking: ‘F***. What have I done with my life?'”

This Article is related to: News and tagged Danny Boyle, Ewen Bremner, Trainspotting