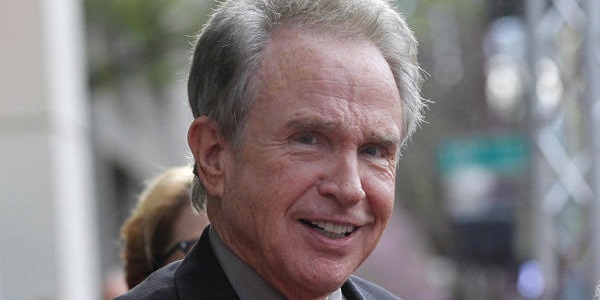 Warren Beatty is returning to the silver screen after 15 years of being absent in front of the camera and 18 years since his last directorial project. Entertainment Weekly released the first images of  his upcoming Howard Hughes movie, “Rules Don’t Apply,” starring Lily Collins and Alden Ehrenreich.

The film is set in 1958 and is an unconventional love story that centers around Marla Mabrey (Collins), an aspiring actress under contract with Hughes and her conservative driver Frank Forbes (Ehrenreich), who both work for the billionaire (Beatty). While he demands that no romance blooms between his employees, things never turn out the way one hopes and a forbidden love begins to evolve between the young lovers.

Aside from directing and acting in the film, Beatty also wrote and produced the project, which he had been wanting to make for quite some time, “I’ve had the idea of making a movie about Howard Hughes in mind for a long time,” says Beatty. “We never met, but I sometimes feel like I knew everybody who knew Howard and I never lost my curiosity about him. It’s just that I don’t run around doing movies all the time.”

In the images, Collins and Ehrenreich can be seen eyeing each other as they are seated in a car, a solo shot shows the actor giving an enamored stare and the actress in seen all by herself wearing a white dress and holding a bottle of champagne. Beatty is also seen as Hughes, wearing slacks, a leather jacket and a hat. 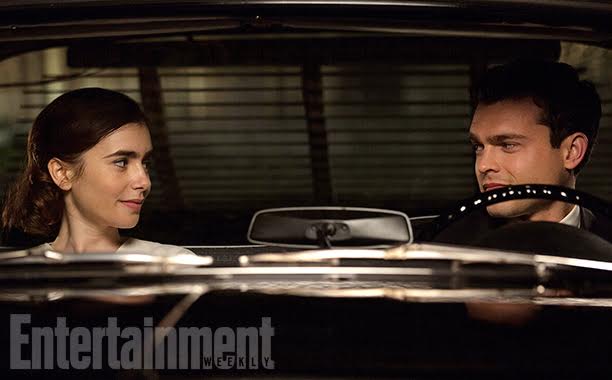 The actor/director wants to make it clear that the film can be described as a comedy, “It has some good laughs,” he states, and that the focal point of the film are the young lovers and not the billionaire.

Check out the first images at EW by clicking here.