'Welcome To Happiness' Exclusive Clip: Watch Kyle Gallner Listen To His Neighbors Argue Through The Walls 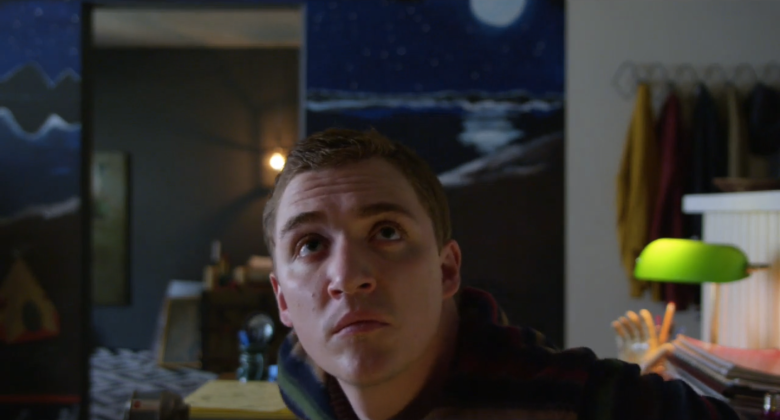 In the new film “Welcome to Happiness,” a children’s book author named Woody (Kyle Gallner) rents an apartment from his landlord Moses (Nick Offerman). In the apartment, there’s a magical door in Woody’s closet that allows those who enter to fix mistakes in their past. Woody allows strangers who want a second chance at life to enter the portal so as to bring them true happiness, but he comes face to face with his own negative emotions when he realizes that he’s not allowed through the door. Watch an exclusive clip from the film above where Woody listens to his neighbors argue through the walls of his apartment.

Star Kyle Gallner has previously acted in Clint Eastwood’s “American Sniper,” Justin Simien’s “Dear White People,” the cult TV series “Veronica Mars,” and HBO’s “Big Love.” He can be currently seen in WGN America’s “Outsiders,” which just concluded its first season this past April. Nick Offerman is best known for playing Ron Swanson on NBC’s “Parks and Recreation,” and has also appeared in films like “Me and Earl and the Dying Girl” and “The Kings of Summer.”

Directed by Oliver Thompson in his debut feature, “Welcome to Happiness” also stars Olivia Thirlby (“Margaret”), Paget Brewster (“Community”), Frances Conroy (“Six Feet Under”), Josh Brener (“Silicon Valley”), and Keegan-Michael Key (“Key & Peele). It will be released into theaters and on demand on May 20th.

READ MORE: Watch: Nick Offerman Sits By a Fire Drinking Scotch For 45 Minutes And All is Right With the World