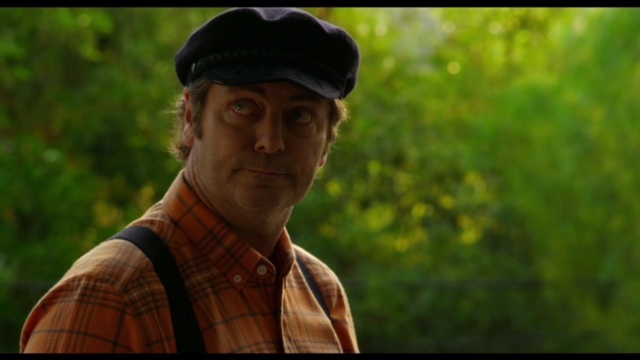 After making its way through various film festivals, the indie hidden gem “Welcome to Happiness,” starring Kyle Gallner and Nick Offerman, will arrive in theaters this month. A new trailer was just released for the film, written and directed by Oliver Thompson, and you can watch it above.

“Welcome to Happiness” follows Woody (Gallner), a children’s book writer who rents a peculiar apartment from his landlord Moses (Offerman). Once inside his new space, he discovers a magical door in the closet that allows those who go through it to erase mistakes from their past. Amazed by this portal, he soon lets strangers enter the supernatural door and have their lives be changed forever. But when Woody realizes that he himself is not allowed to go through, he finds himself in a downward spiral of jealousy, anger and resentment.

The film won the outstanding achievement in filmmaking award at the Newport Beach Film Festival as well as the excellence in producing and producers choice awards at the International Festival of Cinema and best ensemble cast at the Phoenix Film Festival.

“Welcome to Happiness” opens in limited release and hits VOD on May 20.

This Article is related to: News and tagged Nick Offerman, Welcome to Happiness