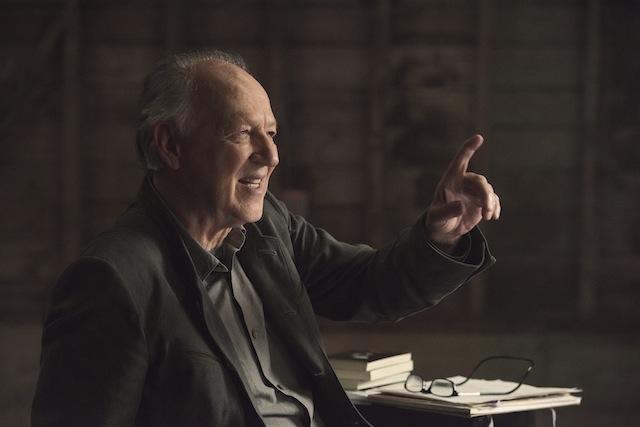 Acclaimed, prolific director Werner Herzog always has a busy plate. His documentary feature “Lo & Behold, Reveries of the Connected World” premiered at this year’s Sundance Film Festival, his volcano documentary “Into the Inferno” is set to be released this year, and he has a new feature film titled “Salt and Fire” starring Veronica Ferres, Michael Shannon, and Gael Garcia Bernal in the pipeline as well. Nevertheless, Herzog still finds the time to do wonderful side projects that allow him to share his talents with the world. Today, the online education platform MasterClass announced that Herzog will teach an online filmmaking class this summer. The class will “focus on the art of both feature and documentary filmmaking” with lessons on storytelling, financing, cinematography, editing, documentary techniques, and more. Pre-enrollment in the class is available here. Watch the trailer for Herzog’s class above.

Herzog has produced, written, and directed over 70 feature films. Some of his most acclaimed films include “Aguirre, the Wrath of God,” “Stroszek,” “Fitzcarraldo,” “Grizzly Man,” “Rescue Dawn,” and “Bad Lieutenant: Port of Call New Orleans.” He has also made guest appearances in such films and TV shows like “The Simpsons,” “American Dad,” “Parks and Recreation,” and “Rick and Morty.”

READ MORE: 11 Craziest Things That Have Happened During the Making of Werner Herzog’s Films

This Article is related to: News and tagged Lo And Behold, Reveries Of The Connected World, Masterclass, Werner Herzog