What's the Worst TV Cancellation of 2016? 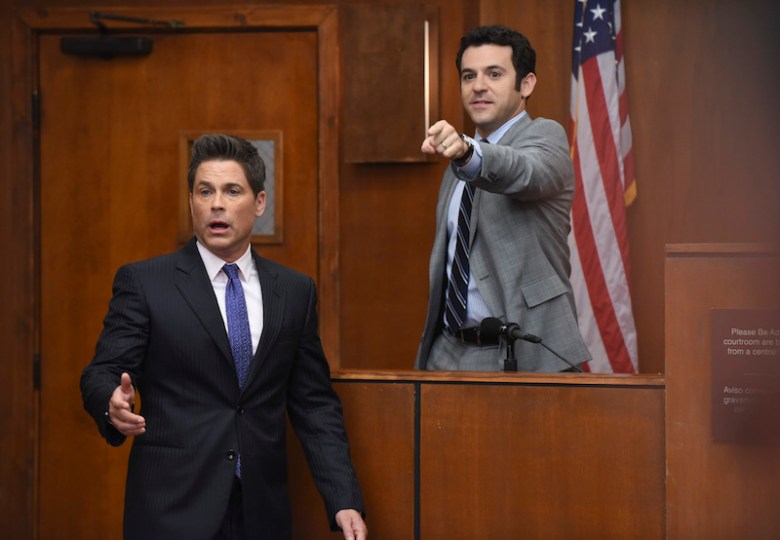 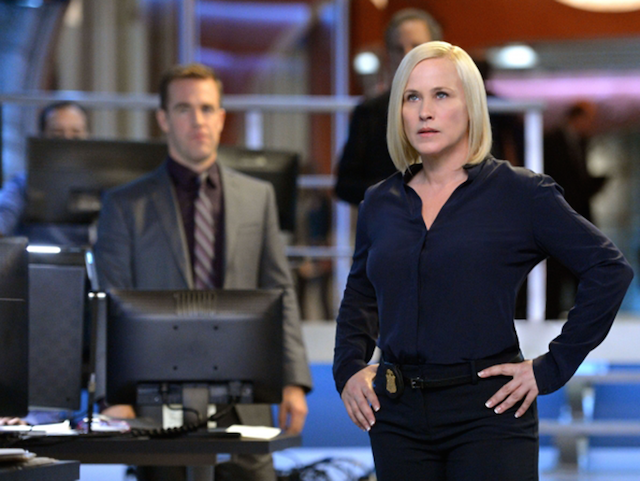 Be free, Patricia Arquette. Roles may be hard to come by after your Oscar speech — which remains a disgusting consequence of a frequently appalling industry — but your talent will carry you higher than this shoddy spinoff of a long-dead procedural ever could. Sure, it may be hard to say goodbye to those paychecks, but we’re guessing it will be much easier to say, “Hello!” to some fresh (indie) screenplays. 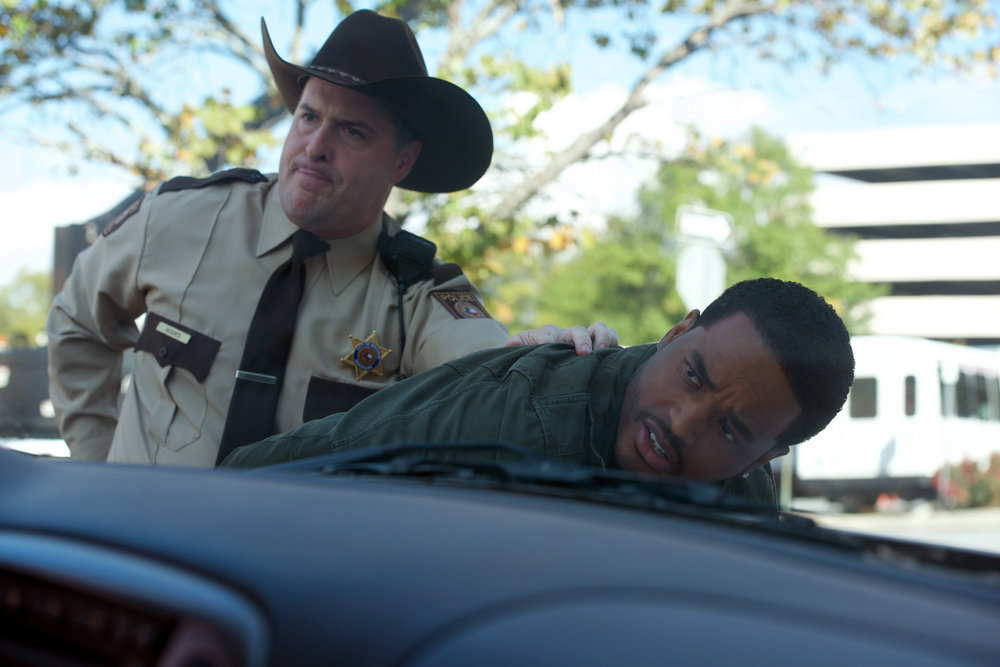 Okay, be honest: Who watched “Game of Silence”? We know there are a few of you out there (unless the Nielsens were bought off), and considering only six episodes have aired so far, we haven’t had a lot of time to binge it. But the bland title ended up sealing its fate, as “silence” was what everyone heard whenever someone asked, “Hey, who’s watching ‘Game of Silence’?”

While it stings to see two of our favorite Oscar-nominated actresses out of work this week, Joan Allen also deserves better than this slow-starting ABC mystery — and so does former “Friday Night Lights” star Zach Gilford. Despite these two talents, “The Family” never sparked a lot of interest in its ever-building premise, and — despite picking up momentum in the middle of its abbreviated first year — there wasn’t enough momentum to make news of its offing all that hurtful. Allen will persevere, and Gilford already knows the key to success: Clear eyes, full hearts, can’t lose.


Neither horrifyingly offensive nor surprisingly insightful, “Bordertown” never fully capitalized on the edgy nature of its title, setting and cast of characters. It didn’t help that Mark Hentemann’s half-hour animated comedy just didn’t feel at home on Sunday nights, even following EP Seth MacFarlane’s major hit, “Family Guy.” Fox has been messing around with its schedule there for a while, bouncing between Animation Domination and throwing in would-be breakout live-action entries like “Cooper Barrett’s Guide to Surviving Life” and “Brooklyn Nine-Nine” (which has worked for the network, even if it’s been unable to hold up as a tentpole). Another shakeup is on the way, and we’re fine with it.

Bonus points for the CW trying something a bit outside the box, but a series version of “Contagion” just didn’t sound that appealing (even if it did star one of our favorite underused actresses, “Farscape’s” awesome Claudia Black). The good news is that “Containment’s” cancellation makes room for the Greg Berlanti-produced “Supergirl” to join its spiritual brothers on the CW schedule. In the meantime, thank you as always, CW, for being the most fascinating broadcast network on TV.

Eva Longoria’s strictly comic take on the making of a telenovela within a sitcom format didn’t fully translate — or, it didn’t translate as well as “Jane the Virgin,” which adopted an hour-long model that fit more snugly with the themes of Spanish soap opera it was recreating. “Telenovela” certainly had a different focus, but the series served as an example of how rat-a-tat dialogue can go awry so very easily when everyone’s not on the same page. And it failed to maximize Longoria’s talents, which is a sin we’ll gasp at without any joy. 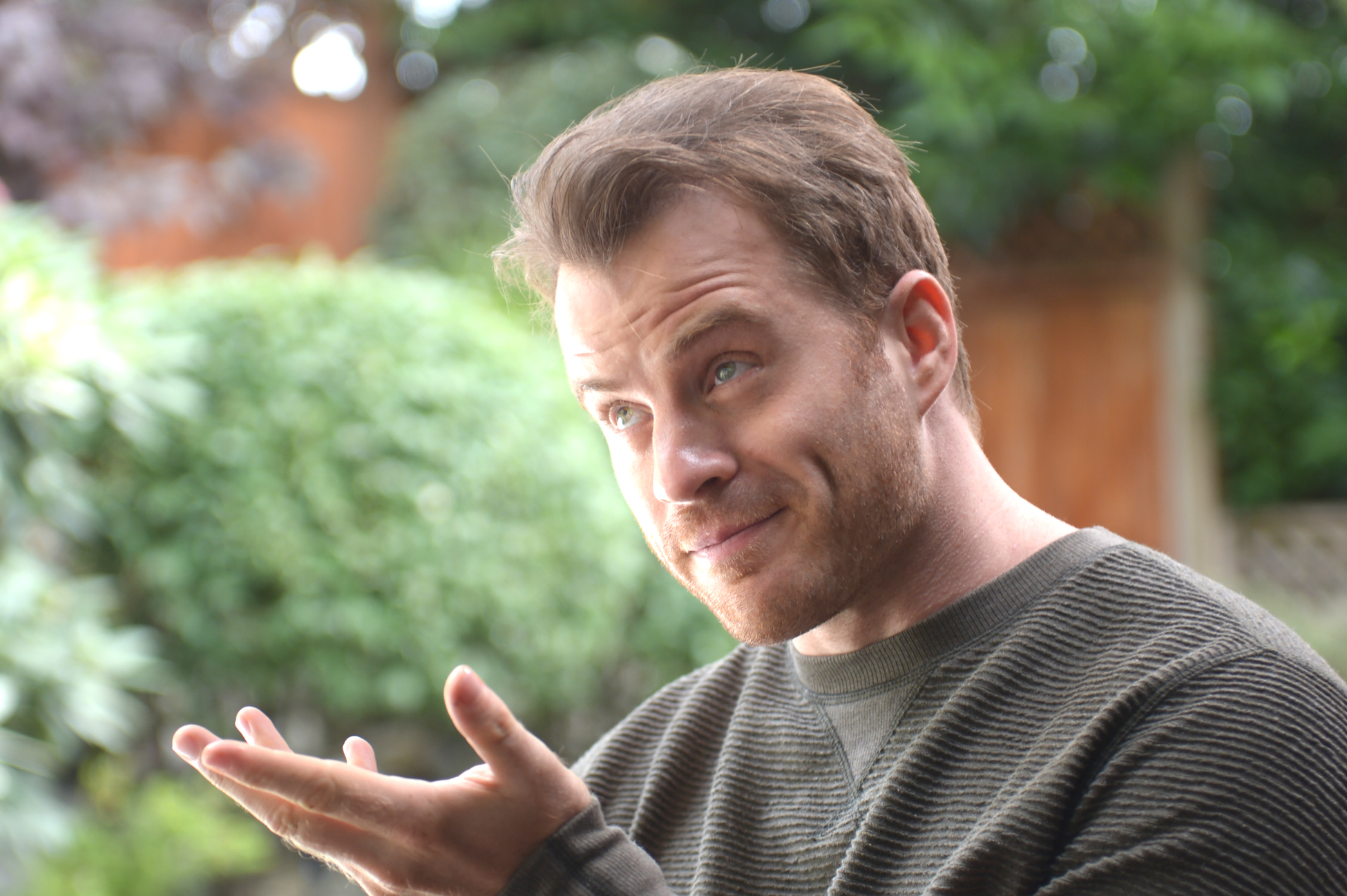 Rand Ravich continues to be a producer we like, but “Second Chance” tried to do too many things at once. Asking for our faith that by the end of the season it would have become more than just a procedural with sci-fi elements is just an awful lot, in the current TV ecosystem. Hook us from the very beginning, or else.

It’s not so much that we’ll miss this show. It’s more like we’ll miss what could have been. The mockumentary format, plus setting the show behind the scenes of “Up Late With Miss Piggy” (the modern-day version of a variety show, where the original 1970s “Muppet Show” took place) was really promising. But our childhood love of the Muppets didn’t quite translate to a brokenhearted Miss Piggy and a Kermit who, honestly, was kind of a jerk. There was a lot of potential and a lot of opportunities squandered, despite multiple attempts at retooling. 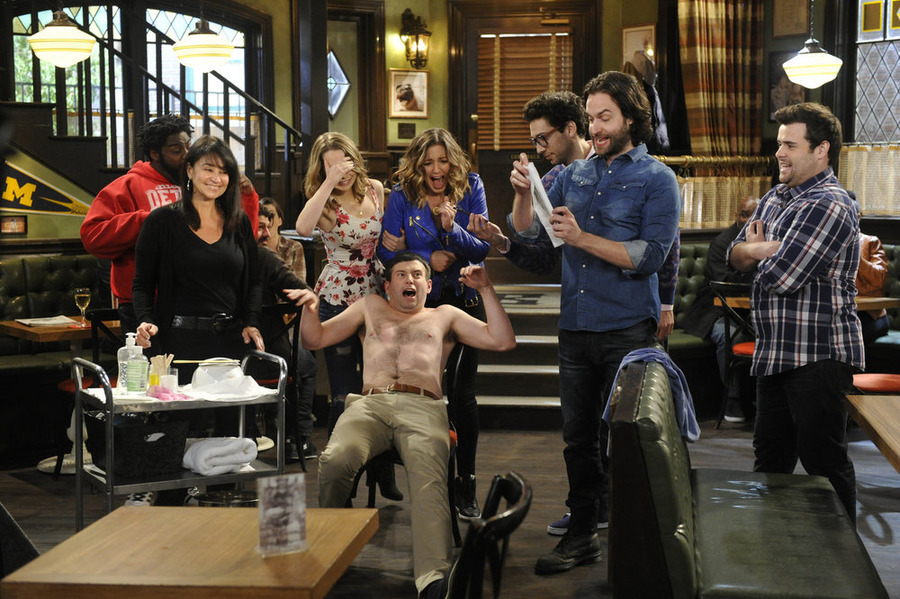 For its first two seasons, “Undateable” was a prototypical friends-hang-out-in-a-bar multi-camera sitcom, with an emphasis on letting its cast of largely stand-up comedians riff off each other. But in Season 3, the show began airing live, and became pretty much pure anarchy — but really fun anarchy. You know when the cast breaks on “Saturday Night Live” and it might kill the sketch, but it’s somehow still hilarious? Imagine that happening for a half-hour straight, sometimes on purpose. This is one we’ll miss. 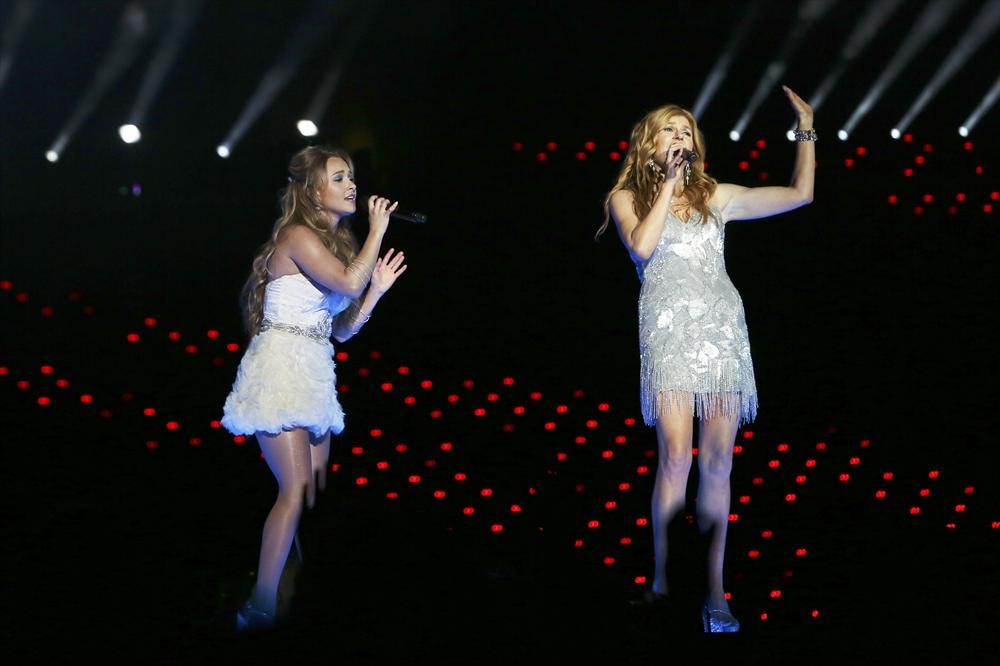 Frankly, “Nashville” was never really the same show after T-Bone Burnett left at the end of Season 1, and — coincidentally — that was also when the soapy plot crashed and burned (literally). Considering its various avenues of revenue for ABC (which also produced), including soundtracks, live shows and Christmas albums, one can see why they stuck with it so long. Plus, who wants to cancel a show starring the great, talented and utterly lovely Connie Britton? No one, that’s who. But the time had come, and “Nashville” fans should take solace in seeing as much as they did of America’s longstanding home for a musical artistry. We’ll miss the delicious back-and-forth between Britton and Hayden Panettiere, but we’re sure they’ll both be back soon enough. 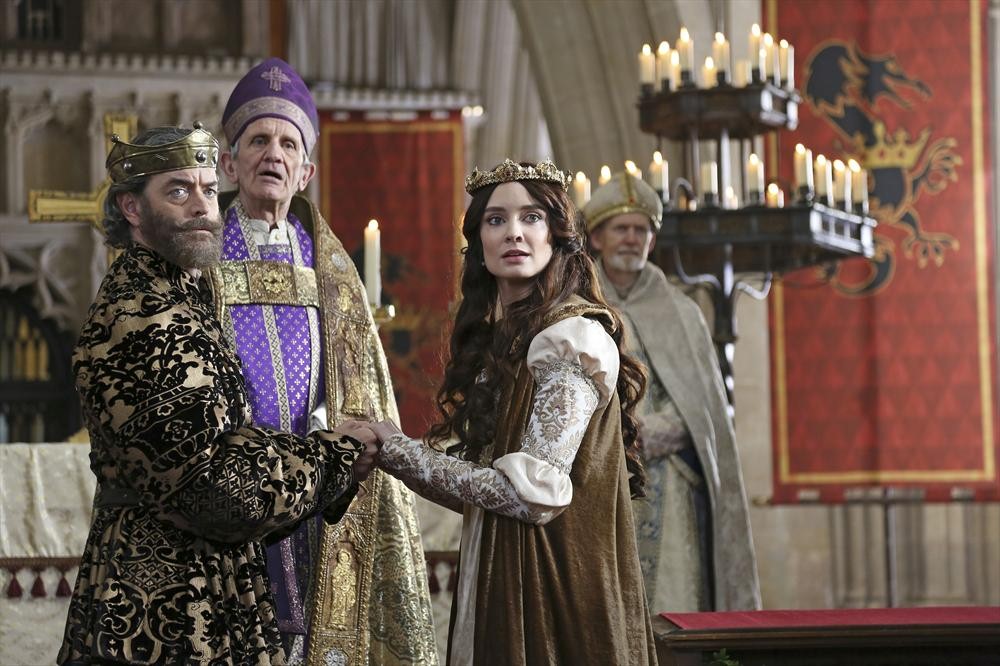 When we reviewed Season 1 of ABC’s medieval times musical comedy, we opened with this: “ABC, really? ABC, have you tested your buildings lately for a potential gas leak? Because ABC, a gas leak would go a long way towards explaining this.”

We stand by the fact that this show’s existence was insane, and the fact that it got a Season 2 is even more insane. But its cancellation, while making sense, still makes us sadder than the previous entries on this list because it was silly fun, unlike anything else on TV. Given how much TV there is right now — that’s saying something. 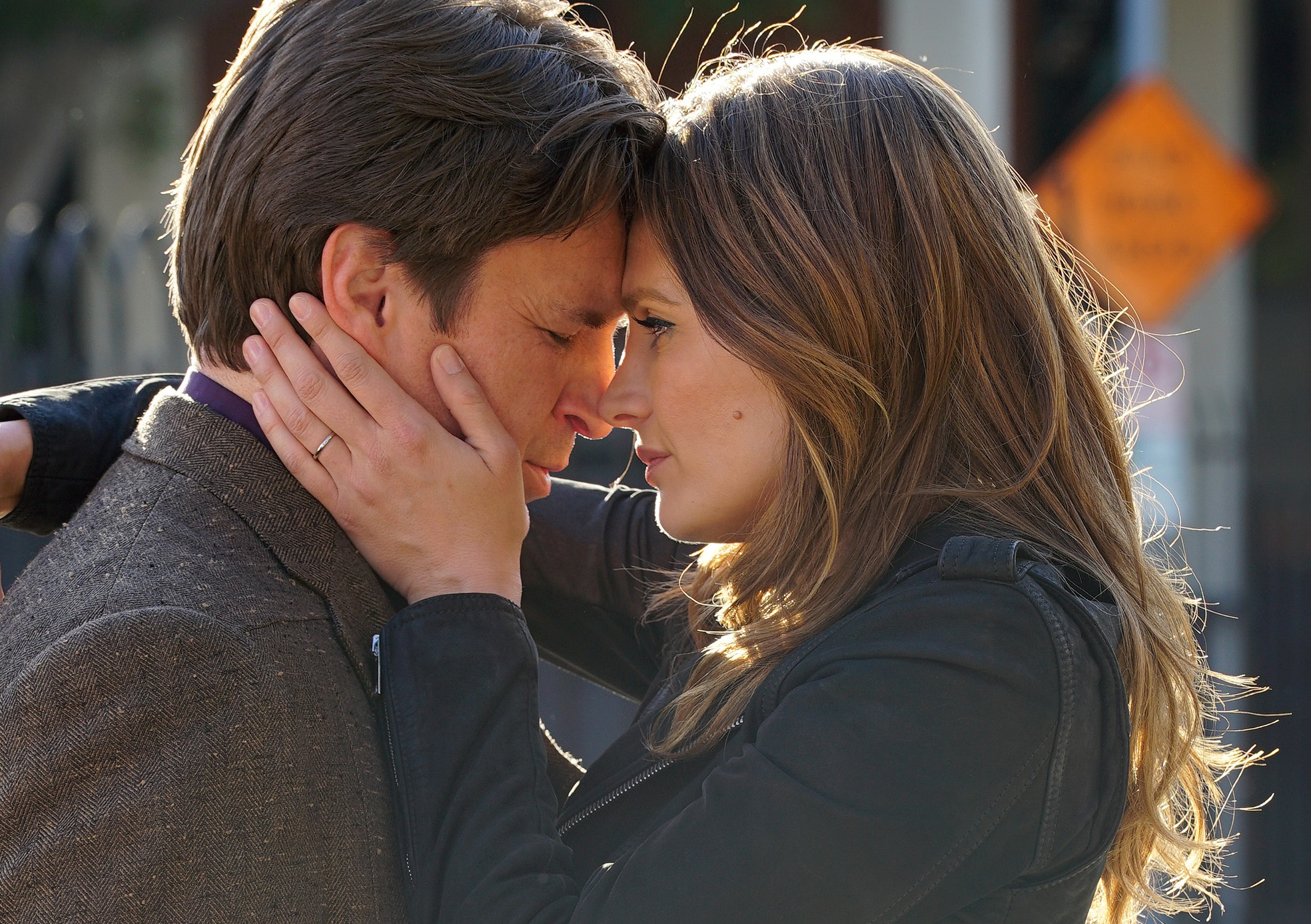 Perhaps the most shocking cancellation to date, considering how much trouble ABC stirred up in trying to save it, “Castle” departing stings doubly because it also means for the first time in eight years, Nathan Fillion won’t be a regular weekly presence on television. And this, truly, is the issue with losing what is otherwise a pretty traditional police procedural: The few bold, bright spots that highlighted the series — be it spoofing popular films like “Taken” or making meta jokes about Fillion’s past roles — seemed to only be there in order to serve its star’s innate likability. Sure, Stania Katic played her part, but there was no mystery as to who the main draw was for Average Joe TV Watcher and, more importantly, why. “Castle” was tailor-made to showcase Fillion’s charm, and it’s a shame to lose that over infighting so vehement it makes everyone look bad.

READ MORE: When Lead Characters Leave Shows, It Might Be More Actor Ego Than Writers’ Choice 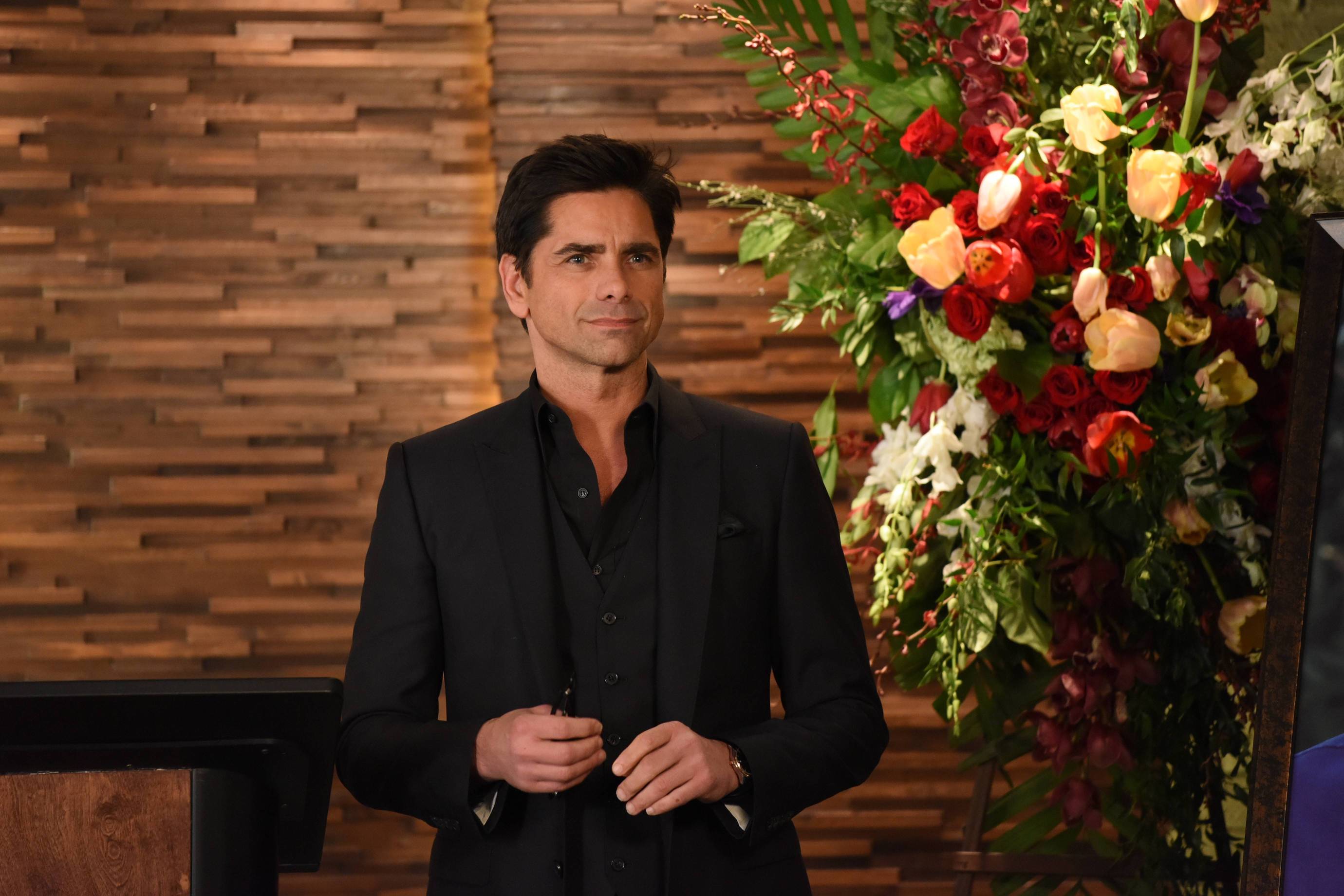 A great diverse cast, smart writing and extraordinarily well-defined characters made “Grandfathered” the sort of show where honestly, the premise is secondary to the execution. (See also: “Happy Endings.”) John Stamos and Paget Brewster had great chemistry, the joke rhythm was perfect, Josh Peck offered up the sort of real charm that Hollywood had better be paying attention to… It wasn’t a perfect show, but we would have kept watching for years and years. 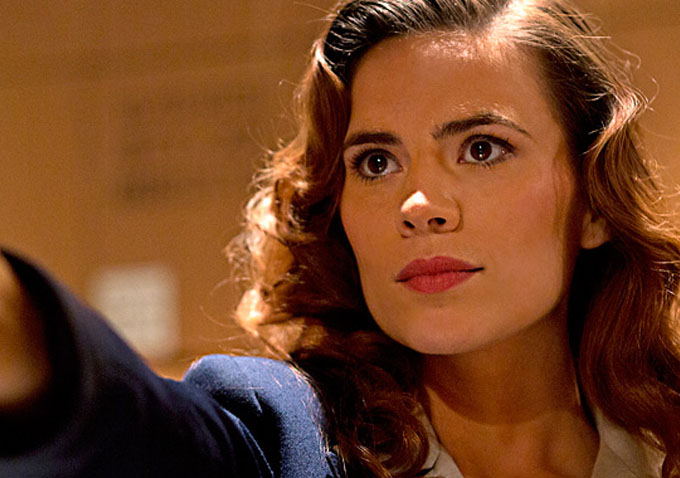 This one is understandable. An expensive superhero drama with a cast that included established players like Hayley Atwell, James D’Arcy and Dominic Cooper is a risky deal, and then you add in the pressure of being a part of the Marvel Cinematic Universe. But this one is sad, largely because of Atwell’s incredibly compelling work as one of TV’s few solo lady badasses. Peggy Carter was a TV hero for the ages, and we’re grateful for what we got.

Of all the cancellations listed above, this is the one that truly hurts. “The Grinder” was more than just the best of this unfortunate lot. It was one of the best comedies on television — Top 10, perhaps Top 5, even. After facing questions of sustainability before it aired, “The Grinder” proved over the course of a 22-episode first season just how much it had to say and how well it could say it. Creators Andrew Mogul and Jarrad Paul, showrunner Ben Wexler, stars Rob Lowe, Fred Savage, Mary Elizabeth Ellis and the rest of the “murderer’s row of talent” (as Lowe called them in his farewell tweet) created a loving hybrid of meta humor, courtroom satire, family programming and a thorough examination of what makes a TV show tick. Every single viewer benefitted from watching on a week-to-week basis, usually on multiple fronts, but everyone was always laughing. The Grinder rests, and we cannot.

READ MORE: Rob Lowe on ‘The Grinder’ Finale and His Pitch for Season 2

This Article is related to: Television and tagged Castle, Marvel's Agent Carter, Nashville, Television, The Grinder