Which Upcoming Superhero Movie Gives You the Most Hope for the Future of the Genre? – Criticwire Survey 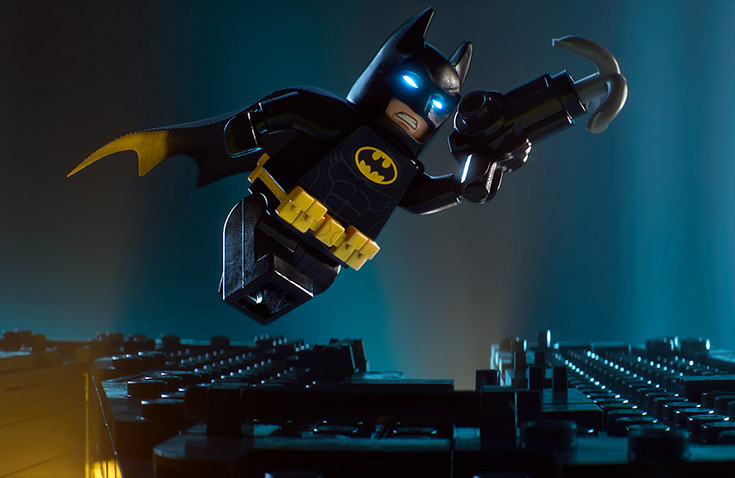 Every week, the Criticwire Survey asks a select handful of film and TV critics two questions and publishes the results on Monday morning. (The answer to the second, “What is the best film in theaters right now?” can be found at the end of this post.)

This week’s question: Which forthcoming superhero movie gives you the most hope for the future of the genre?

There are superhero movies coming this summer? I’ve stopped worrying about genre and just head to all the theatres with high hopes. Having seen “Captain America: Civil War” twice, I’d happily watch it again rather than endure second viewings of a few of this season’s heralded art-house achievements, just as I’d run to see “Creed” or “Fast and Furious 7” again before revisiting any of the films by Xavier Dolan that I’ve seen. Prejudice on the basis of source material or the target audience is the very definition of snobbery. I’m optimistic about every movie. That said, are there too many superhero movies being made and released? If a critic watches ten movies a week and two per month are comic-book adaptations, the proportion is hardly onerous; it’s only for those who don’t see enough movies that the percentage seems too high.

Can’t say I have hope in any particular superhero blockbuster, save for maybe “The Incredibles 2,” but even there I’m not ready to put full faith in Brad Bird again, especially for an unnecessary sequel. So, I’ll go with “Batkid,” because if it’s anything like the sappy documentary it’s based on I can at least expect it to make me smile. Because I do have a heart, and that Batkid is a special little hero.

“Black Panther.” Ryan Coogler showed with Creed that he knows how to make a shopworn formula feel personal and vital again, which is something Marvel desperately needs right now. And while I’m still a little resentful that it took the franchise *eighteen* films to get to its first non-white leading superhero, I’m also just glad they finally got there. Plus, of course, there’s Chadwick Boseman, who stole “Captain America: Civil War” right out from under Iron Man and Captain America himself, and Lupita Nyong’o and Michael B. Jordan. That’s an incredible lineup in any context.

I am anticipating both “Black Panther” and “Captain Marvel” because they will both be “different things”! And I’m a person who has liked what we’ve seen from Marvel so far, but I also like “different things”! But that’s not my answer because they are both too far away. With this election, I no longer think in terms of “I’ll for sure be alive six months from now.” I go month to month. And I certainly won’t allow myself to get excited for a movie that comes out in 2018 and another that comes out in 2019.

So let’s just do next year: “Spider-Man Homecoming.” Tom Holland’s Spider-Man was so much fun in “Captain America: Civil War,” I find myself looking fondly to the day I can see him in his own movie. I never thought I’d feel this way again, so that’s precisely why I’m enjoying feeling that way again. Also: He’s seen “The Empire Strikes Back” and he cusses. I’m in.

I don’t much care for James Wan’s work, but I am rooting like crazy for “Aquaman.” I mean, what percentage is going to be underwater? How great would it be if there was no audible dialogue? Or the dialogue only sounded like glugs. I know: fire James Wan and hire Myroslav Slaboshpytskyi! Production conundrums aside, Aquaman rules. Peter David’s run on “Aquaman” in the mid-90s are some of the best comics you’ll ever read. The “New 52” stuff by Geoff Johns was terrific, too. Aquaman is a great character. Yeah, yeah – he talks to fish. Fine. Do YOU talk to fish? No. You can’t even get your cat off your computer when you want to type. So I don’t want to hear it. Also: Black Manta is a terrific villain. He’s like the Boba Fett of the Sea. I hope he’s in it and I hope he looks like he does in the comics. Mera is a great character, too – she’s had a rough life. I’m sure Zach Snyder won’t allow her to wear a bright green one-piece because our beloved DC characters aren’t permitted to be themselves in the current regime. C’est la vie. But Amber Heard better at least have red hair or I’ll be very upset. Jason Momoa wasn’t blonde in the five seconds we saw him in the Aquaman_Secret_File.mov scene of “Batman V Superman,” so you should know that I am deeply, deeply concerned that Mera won’t have red hair in the Aquaman film.

Anyway, I root for Aquaman. Also: I love Superhero movies. I don’t want to hear anymore about how they are the death of cinema. There’s plenty of cinema to go around. About 40 new movies just debuted at Cannes that sound fascinating. Today I saw a terrific doc that played at Sundance that I wasn’t able to see while I was in Park City because there were so many other great movies playing and my schedule couldn’t take it. “The Nice Guys” makes its public debut today and, yes, there are fewer mid-budget studio movies “for grownups” than when Sidney Lumet was around, but they are still out there. And what you can’t find with American stars you can find from other countries. Some people don’t like superhero movies. God bless. I love the good ones and I love ranting about the ones that stink (e.g. “Batman V Superman”). This trend has some life in it yet. 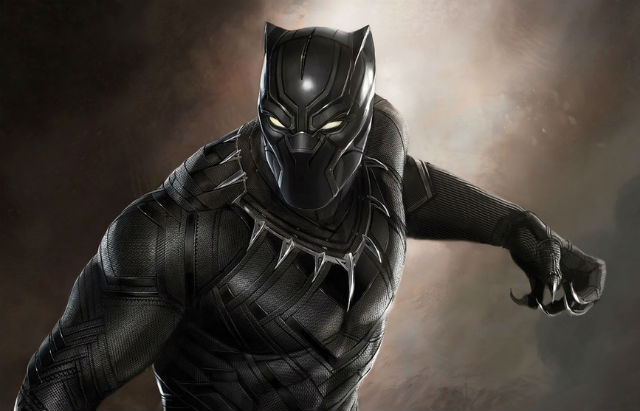 “Guardians of the Galaxy Vol. 2” — It’s the rare film, in the Marvel Universe, that isn’t beholden to any story. Things can almost go anywhere. Not to mention the music, the characters, it’s a world I’m dying to revisit, plus Kurt Russell is in it. Kurt MF’ing Russell!

If there’s one superhero project on the horizon that inspires hope, it’s Marvel’s “Black Panther.” For years, Marvel Studios has been building a massive, interconnected world that ties into its Avengers movies. And while those have been fun, it’s easy to lose sight of how good they’ve been at world-building. With “Black Panther,” they get to build a world that is unlike anything they’ve shown us yet. It’s also a big cultural moment for Marvel: their first real superhero movie anchored by a primarily minority cast. They’ve assembled an impressive creative team, including “Creed” director Ryan Coogler. We know from “Captain America: Civil War” that Chadwick Boseman is a great fit for the character. And we’ve seen since then that Marvel is committed to filling this movie with talent. Michael B. Jordan, Lupita Nyong’o, and Andy Serkis are all circling the film. It’s the kind of creative foundation that could provide Marvel with something they haven’t had in a while: a genuinely unique new story to tell.

The easy answer here is “Guardians of the Galaxy Vol. 2.” The first was a fun break from the norm driven by a unique sensibility while still working nicely as part of the Marvel Machine. With all the key players returning for round, sorry, volume two, there’s no reason not to think it will turn out well. I’m cautiously intrigued by “Wonder Woman,” though. “Batman v Superman” was, well, terrible, but the presence of Wonder Woman and star Gal Gadot had nothing to do with that. I’d love to see this character done right and though I’ve seen little to suggest DC is going to break with its grimmer-and-grittier-than-everyone-else approach maybe this will surprise me.

You know, I’ve grown a bit weary of my superhero movie weariness — of my fatigue and my constantly complaining about jumbled plots, endless set-ups for future installments and definitely but definitely the bumpers. I want to be less negative about them (and about things in general) and find a new angle. Sometimes we (or just I) can critique on autopilot, when there’s so many other “in”s into movies, even ones as same-y as this genre can be (and, often, aren’t). A week ago if I was asked this question I would have probably said something flip, like, I dunno, the sure-to-be risibly libertarianish (or whatever) but at least sprightly “Kingsman 2.” But today I’m going to say my dark secret is I think David Ayers’ “Suicide Squad” looks fun.

I’m ready to drop my superhero-anticipation engine back down into idle mode for a while after revving it up to scorching speeds for “Captain America: Civil War.” I largely got what I wanted out of that film, but the things that excited me about it — mostly the chance to see big, complicated superhero action with a rich buildup behind the story — isn’t going to come around again in either the MCU or the DCU for a while. And honestly, I’m a little burned out on collapsing cities and endless angst. So I’m really looking forward to “The Lego Batman Movie” in 2017. The original Lego Movie was such an irreverent hoot, especially where Batman was concerned, and “Lego Movie” writer-directors Phil Lord and Chris Miller have said the new film is going to tackle every era of Batman throughout the ages with the same kind of knowing off-handedness. I’m a little dubious about Seth Grahame-Smith as the screenwriter — this is the man who gave us “Pride And Prejudice And Zombies” and “Abraham Lincoln: Vampire Hunter” — but Lord and Miller are producing, and director Chris McKay is kind of an unknown quantity in spite of years of work on “Robot Chicken,” so maybe I shouldn’t build my hopes too high. But after yet another rendition of Thomas and Martha Wayne’s slo-mo fetishized pearl-flinging death in “Batman v Superman,” I’m just really ready for a lighter, less ponderously reverent take on the character again.

Q: What is the best movie currently in theaters?