The new Focus Features management came into Cannes with a winner and likely Oscar contender. 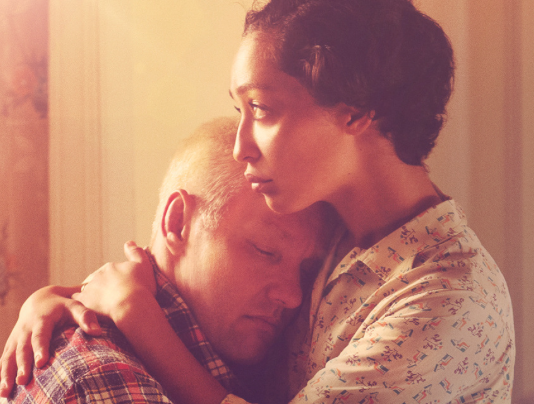 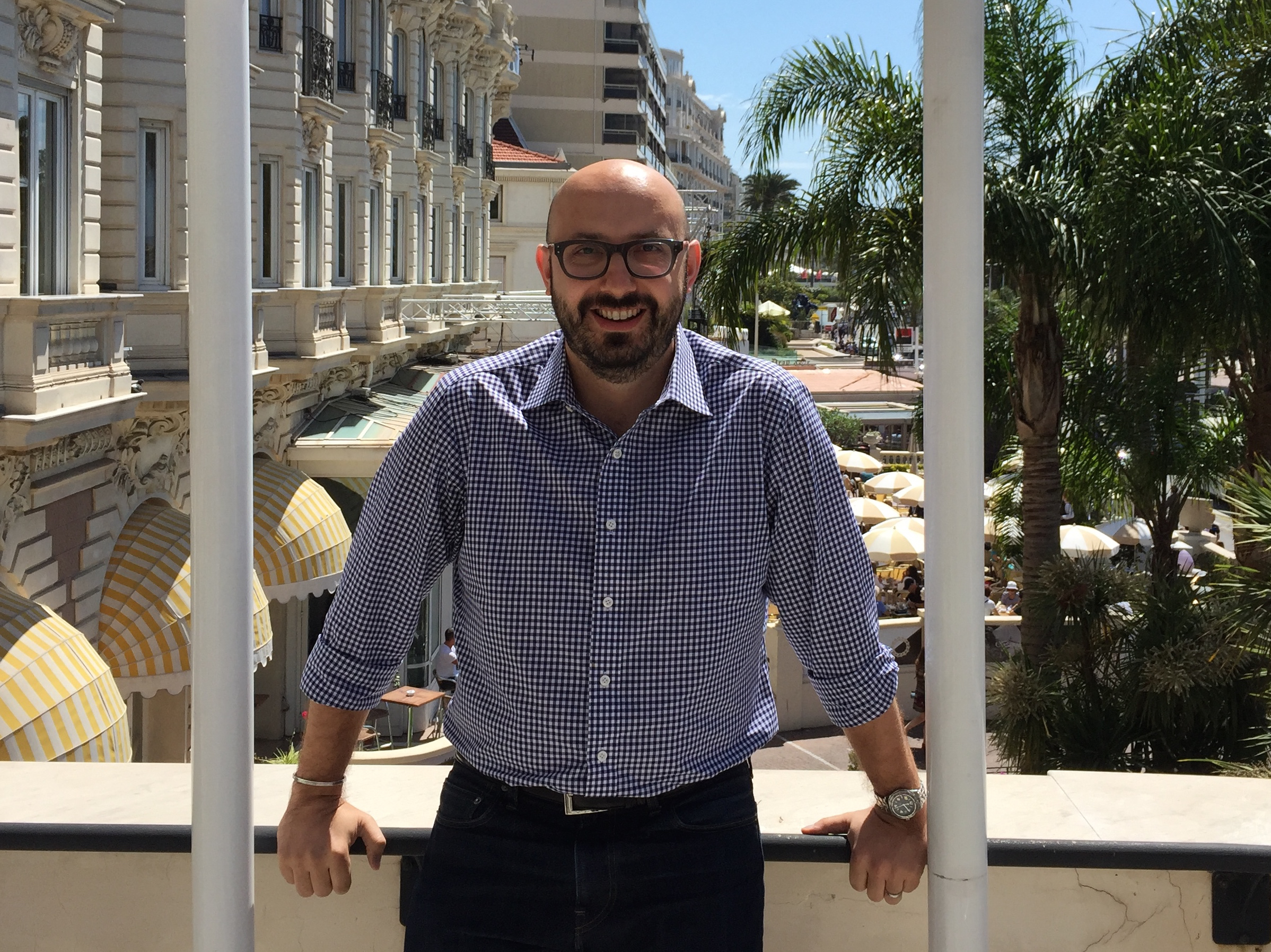 Other movies registering strongly at the festival will play the stateside art-house circuit to build up their awards cred: Jim Jarmusch’s low-key poetic meditation “Paterson” (Amazon Studios), carried by actor Adam Driver, and Maron Ade’s “Toni Erdmann,” acquired by Sony Pictures Classics, which along with Andrea Arnold’s “American Honey” (A24) could be in line for a Cannes prize. A possible foreign Oscar entry from Chile is director Pablo Larrain’s “Neruda” (The Orchard), in Directors Fortnight, whose 2012 film “No” landed a nomination. 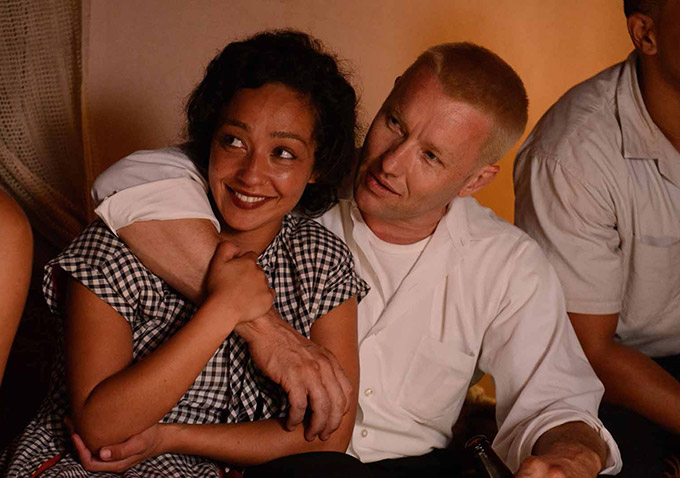 Monday morning brought a full-fledged Oscar contender, writer-director Jeff Nichols’ racial drama “Loving,” a sincere, restrained portrait of a biracial Virginia couple, Richard and Mildred Loving (Australian Joel Edgerton and half-Irish actress Ruth Negga) who were arrested under miscegenation laws in 1962 after marrying in Washington, D.C. In order to avoid prison time, a local judge demanded that they leave the state for 25 years if they wanted to stay together. Eventually the ACLU supported their landmark civil rights case and took it all the way to the Supreme Court; its 1967 ruling made illegal the remaining such laws across the country.

Many people remember the Lovings story that ran in Life Magazine, showing the rugged construction worker and housewife at home with their three children. Nichols and his cast were able to draw from that material (Nichols regular Michael Shannon cameos as the photographer) and other footage from the period, including Nancy Buirski’s 2011 documentary “The Loving Story,” to lend the film as much verisimilitude as possible.

Edgerton brings muscular conviction to this strong but tender man who wants nothing more than to be able to take care of his wife and family. He loves and cares for his wife, deeply, and can’t fathom why others (including his own mother, a midwife) would disapprove of his marriage. “One of the things that struck me while working on this film,” Edgerton said at the press conference, “is what happens between two individuals is nobody else’s business…Under the surface racism or negative opinion to me is something that I think we really need to talk about.” Edgerton hopes the film will open a “broader discussion about being kind to each other,” he said.

“A conversation is always good,” said Negga. “It’s how we learn.”
For Nichols, movies can humanize political issues by putting faces on real people with feelings. “Hopefully it makes people think about the fact that people are at the center of these debates,” he said, “people that matter and people whose lives are affected by these decisions.”

New Focus Features chairman Peter Kujawski, within five days of taking the reins from Peter Schlessel last February, jumped all over the footage from “Loving” that was screened for buyers in Berlin, buying all available world rights for some $9 million. Kujawski came up in the business working closely with his Columbia professor and ex-Focus chairman James Schamus, who brought his assistant with him when Good Machine became Focus Features and Focus International. Kujawski worked at Focus, then Universal Pictures International and Universal Pictures International Production (UPIP), which he still runs as Managing Director. Now Focus has merged with the whole operation into one unified whole.

So the exec was in Cannes doing his old job: acquiring international territories for titles like Andrea Arnold’s “American Honey” (continuing a long working relationship with domestic distributor A24 on “Ex Machina,” “The Witch,” and “Room”) as well as opening “Loving” at the Cannes Competition. Kujawski snatched up “Loving” because “this was exactly what we want the company to be,” he told his colleagues. “This kind of movie! We have to have this movie!”

The new Focus is more like the Schamus Focus, with a mission to find great specialty movies that can move the culture in some meaningful way. “Movies can matter and bring people together in important ways and we take that seriously,” said Kujawski. “We’re trying to take the business in that direction, acquiring at festivals, building internally. The question first: ‘is this movie great, can it be great, on its own terms in a unique and refreshing way?’ We can build conversations around it, we can drive people into seats, and take a filmmaker’s creation to use as the centerpiece for a larger cultural dialogue, an additive overall in people’s lives.”

So Kujawski’s UPIP is still buying the right to distribute in their foreign territories a broad range of films such as “All is Lost,” “Boyhood,” “Julieta,” “The Wolf of Wall Street,” “Zero Dark Thirty,” and “Last Vegas,” feeding the international content needs of the studio pipelines thorough UPIP.
Kujawski had already worked closely with Focus, collectively buying domestic and international rights to such films as “Nocturnal Animals.” “It was a natural flow,” he said, “two business lines working together to create a worldwide deal. lt’s now a single business, truly global distribution. We buy worldwide rights, don’t sell off rights, and distribute ourselves.”

The other bonus is that a robust international production and distribution business “takes the pressure off the North American side,” said Kujawski. “It allows a different approach to the business of being in the domestic distribution game with a volume of 8-10 films a year. We will continue to develop and make our own films, and acquire pre-buys as well as movies we see at film festivals.” And on the UPIP side there will be another 20 films a year, some produced locally in France, Latin America and China.

Other partners include Working Title and the new Spielberg/Participant/Reliance combine, Amblin Partners, which may yield some documentaries. “You have to be careful in the space,” said Kujawski, “but if we see something we love and can make an impact with audiences, we will take some swings.”

And Focus World will continue to handle day and date multi-platform releases; the Gramercy label is available for pure genre fare, but Kujawski would take “The Witch,” if he had it domestically, through Focus. “It’s a specialty film,” he said. And yes there’s room for subtitled pickups, which are tricky, he admitted. “If see we a foreign language movie and fall in love, we can have avenues to get them into the marketplace.” Would they acquire “Son of Saul?”” Yes.”

Also in the pipeline: “The Coldest City,” an action thriller set in Cold War Berlin, starring Charlize Theron and James McAvoy, from “John Wick” director Dave Leitch. “He has a unique signature style,” said Kujawski. “That’s a specialty movie. We did ‘Hanna.'”

Finally, what is a  a Focus Film? “Something filmmaker-driven, with a unique point of view, that feels elevated, with a sense of a true filmmaker.”