Why Martin Scorsese Could Be 'Vinyl's Strongest Emmy Contender 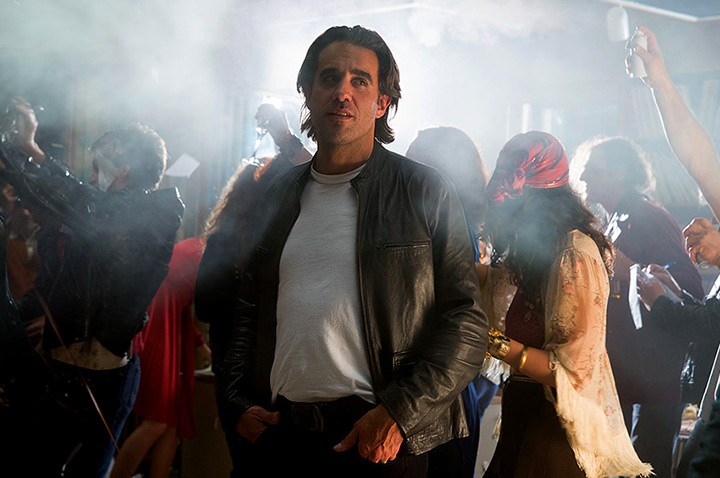 In the series premiere of HBO’s “Vinyl,” Richie
Finestra (Bobby Cannavale), founder of the fictional American Century Records,
follows a manic flock of punk-rock disciples into a crumbling venue. As
directed by Martin Scorsese, whose 1978 film “The Last Waltz” is the
Platonic ideal of the form, the sequence becomes a vertiginous ode to the
concert doc: Under the stage lights’ lurid, greenish glow, the camera zooms in
with breakneck speed on Richie’s awestruck expression and the lead singer’s
lipsticked mouth, recreating the coke-fueled fervor of the live performance that
will soon pass into legend.

That the building need not collapse for the night
to be memorable, that the music’s muscle need not be explained, seems to have
gone unmentioned in the writers’ room, however, where there is no point too
fine to put on the power of song. “Let me just shut up, put the record on
for you, drop the needle, and crank up the fuckin’ volume,” Richie’s first
voiceover promises, but in “Vinyl,” style and substance can never
quite catch the same groove.

Even in Scorsese’s feature-length pilot, with its “Taxi
Driver”-inspired glimpses of seedy New York streetscapes and a snare drum
smash cut to the title card of “Blackboard Jungle,” “Vinyl,”
set in 1973, struggles against the storytelling’s rickety edifice. Created by
Scorsese, Rich Cohen, Mick Jagger, and now-former showrunner Terence Winter,
the series is a strange hodgepodge of murder, Mafia figures, and office
machinations, as if unsure which entry in the filmmaker’s oeuvre should be its
North Star, and the result is a narrative that relies heavily on formula to
hold these disparate strands together. The substance-abusing antihero; his
ambitious young protégé, Jamie Fine (Juno Temple); his longtime friend and
partner, Zak Yankovich (Ray Romano); his suffering wife, Devon (Olivia Wilde):
“Vinyl” is “‘Mad Men’ on drugs,” “the rock ‘n’ roll
version of ‘Mad Men,'” or, to be slightly uncharitable, “Mad
Men” for Dummies.

That is to say, “Vinyl” — not unlike the popular
series of how-to manuals — hews close to the Cliff Notes, often substituting
bromides for insights, descriptions for demonstrations. From nylons and Lucky
Strikes to Hershey bars and hamburgers, “Mad Men” proposed that
selling products is not necessarily “selling out,” and transformed advertising
pitches into its most poetic moments; “Vinyl,” preferring to treat the
music business as setting, not subject, recognizes no such subtle distinctions,
unable to construct a compelling, much less coherent, vision of the
relationship between art and commerce. “It’s all about the songs, guys,”
Richie instructs his team at one point, the kind of flat-footed cliché (i.e.
“sex sells”) to which Don Draper once responded, “Just so you
know, the people who talk that way think that monkeys can do this.” 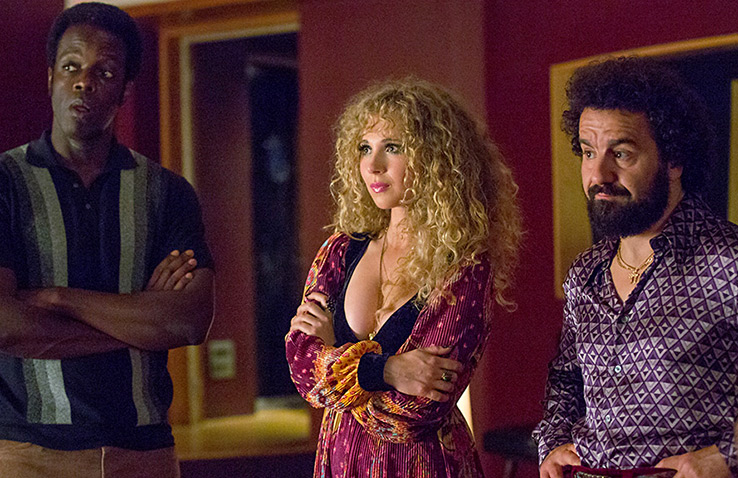 With Scorsese’s bold, evocative direction, at least, “Vinyl”
militates against this reductive impulse, and “Pilot” may well earn
him a second Emmy for Outstanding Directing for a Drama Series. (The first was
for the series premiere of Winter’s “Boardwalk Empire.”) Even at its
most excessive — an extreme close-up of a Zippo igniting, for instance, before
the flames “burn” through the film stock and into the next scene —
the episode is fervently, unapologetically alive. In fact, it’s Scorsese’s
template for the series’ dreamlike musical interludes, illustrating the mixture
of sense memories elicited by the right tune at the right time, which lends
the first season its most potent recurring feature.

In these brief breaks in
the action, “Vinyl” consistently recaptures the urgent force of
Scorsese’s opening sequence: enough, as Richie says, to make the hair on the
back of your neck stand on end.

The problem is that this heightened attention to the music wavers,
then fades, as the season progresses, sidelined by the familiar tropes of
“prestige” TV — marital spats, egomaniacal outbursts, moneyed ennui.
Whether new showrunner Scott Z. Burns will double down or throttle back on the
overworked narrative remains to be seen, but it’s clear from Winter’s
departure, on the heels of the first season’s disappointing ratings, that HBO
has substantial changes in mind.

As for its Emmy prospects, “Vinyl”
is in contention to nab the now-vacant “Mad Men” slot in the Drama
Series category — though it’s no longer the shoo-in it once seemed — and past
winners Cannavale (Best Actor) and Scorsese (Directing) offer even rosier
chances. (Should you need a dark horse pick in your Emmy pool, look no further
than John Cameron Mitchell’s slyly funny interpretation of Andy Warhol, well worth
the TV Academy’s consideration for a Guest Actor nod.) 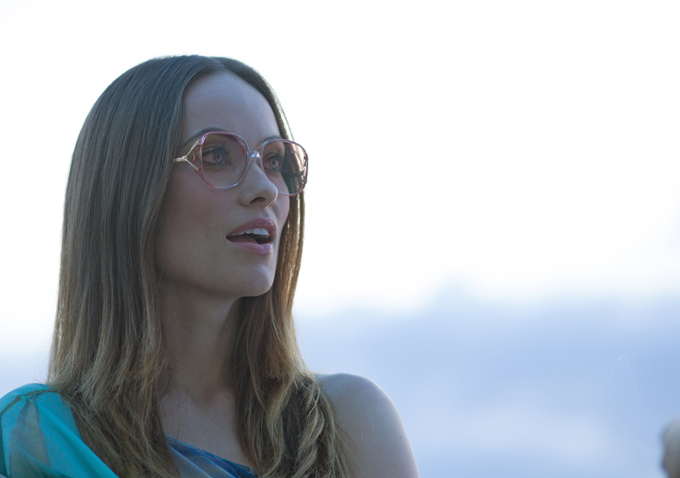 Otherwise, the
network’s search for another “Sopranos,” or indeed another
“Boardwalk Empire,” continues: “Vinyl,” at least in its
current form, is too pat, too blunt, to earn much more than faint hope that the
writing’s fundamental flaws can be resolved. “I want what’s next!”
Richie cries, pounding the table, as he encourages American Century’s staff to
prowl in unorthodox places for new artists, but absent the primal scream of its
musical sequences, “Vinyl” is a tale of been there, done that, as worn
as a secondhand record.

“Vinyl” is
now available on HBO Go and HBO Now.