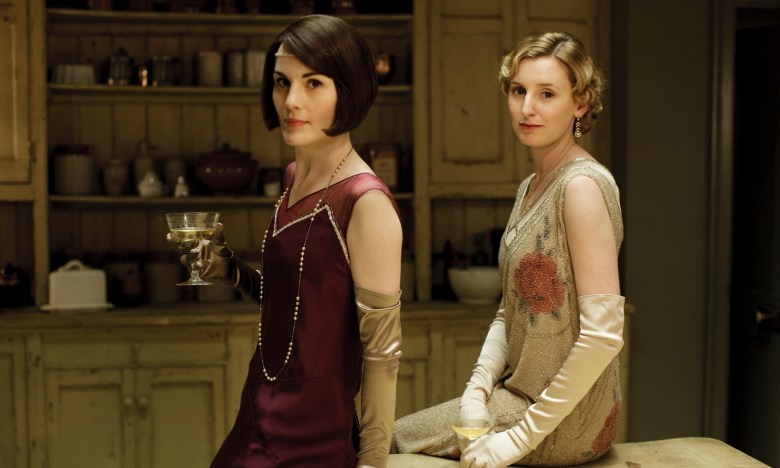 The final season of “Downton Abbey” features more
marriage plots than an Austen novel, not to mention new careers, fast
friendships and one long-awaited birth, but its wittiest interlude involves a
sidelong glance at the class system that’s always shaped its stories. As the Crawleys
open their house to the public to raise funds for the hospital trust, the
camera swans through bright, high-ceilinged rooms, peering in awe at the sumptuous
portraits and immaculate stonework — only to catch Cora (Elizabeth McGovern),
Mary (Michelle Dockery) and Edith (Laura Carmichael) deflecting their
visitors’ questions.

“They were all rather marvelous,” the latter
explains of one painting, as if seeing it for the first time. “And sort of
‘living that life.'”

READ MORE: With ‘Downton Abbey’ Over, Creator Julian Fellowes Wants a Movie—and a Cup of Tea

Though never as caustic as creator Julian Fellowes’ script
for the instant classic “Gosford Park,” directed by Robert Altman,
the halcyon days of “Downton Abbey” offered a mordant view of English
manners: O’Brien (Siobhan Finneran) sniping with Thomas Barrow (Rob
James-Collier) below stairs, the venerable Dowager Countess (the ever-entertaining
Maggie Smith) sneering at the modern world above them. The series, at that
point unattached to the solemn dramatic contrivances of its long,
slow decline, knew from whence it came, emerging as a swift, sure-footed
portrait — at once love letter and critique — of “living that life.” To
be sure, “Downton” relished the luxuries of the upper crust, but its
depiction of the refined figures at its center hewed to gentle satire. It had
bite.

As if in tribute to its earliest pleasures, the series’
sixth season rediscovers this more tart complexion, from Mrs. Patmore (Lesley
Nicol) turning her face from Mr. Carson (Jim Carter) as she broaches the
subject of his sex life with Mrs. Hughes (Phyllis Logan) to Lord Grantham (Hugh
Bonneville) belching blood onto the dining room table during a visit from
Neville Chamberlain. For all its sweetness — verging, as ever, on the
saccharine — “Downton” proves capable once again of honing its leading
edge into a switchblade, in particular when Dockery’s haughty, meddlesome Lady
Mary lays into her mousy sister. There’s a delightful frisson of self-awareness
to their exchanges, including Mary’s incredulous reaction to the news that
Edith’s intended has inherited a posh title, but by the penultimate episode the
dialogue also carries the bitter weight of a lifelong rivalry. “I know
you!” Edith says after Mary torpedoes the engagement. “I know you to
be a nasty, jealous, scheming bitch.”

While still prone to the feckless plotting that’s plagued it
in recent seasons — featuring the petulant assistant cook, Daisy (Sophie
McShera), and the interminable bickering over changes in the British healthcare
system — in the end, “Downton” delivers a reminder, only lightly worn,
of its sparkling prime. As the finale ties the remaining marriage plots into a
handful of neat little bows, suffused all the while with an optimistic flush,
it’s clear that the series, much like the estate itself, is not so grand as it
once was. But there’s cause for celebration, or perhaps commemoration,
nonetheless. With apt nostalgia, the cast of characters long at the center of
“Downton Abbey” sings out the series — and rings in 1926 — with a
heartfelt rendition of “Auld Lang Syne,” the old Scots verse that
bids farewell by honoring “days gone by.”

After earning PBS four consecutive nominations for
Outstanding Drama Series (and, in its debut, a win in the Outstanding
Miniseries or TV Movie category), the relative strength of the final season
would seem to ensure “Downton Abbey” a fifth — not to mention throwing
Dockery back into contention alongside stalwarts Smith, Carter and Joanne
Froggatt, as long-suffering lady’s maid Anna Bates. But with
“Downton” and its sterling ratings reaching an end, the network has
also begun positioning its Civil War-set “Mercy Street” as an Emmy
contender, campaigning for Lead Actress Mary Elizabeth Winstead and Lead Actor
Josh Radnor, among others.

The problem? Where “Downton” dulled its
keen eye for social mores over time, “Mercy Street” is blunt and
sluggish from the start.

READ MORE: Josh Radnor, Gary Cole and the ‘Mercy Street’ Cast On Bringing The Brutal Truths of The Civil War to PBS

The medical drama-cum-period piece, from creators Lisa
Wolfinger and David Zabel, resembles “Downton” in one respect: It’s a
fish-out-of-water tale, with nurse Mary Phinney (Winstead) replacing valet John
Bates (Brendan Coyle) as our entrée into a world with its own, possibly
skewed, set of rules. But as our heroine confronts the challenges of life in a
Union hospital in Alexandria, Va., it soon becomes apparent that the series’
interest in the trauma of war is more condescending than empathic, more
clinical than dramatic, as compelling as the scientific studies Mary’s drug-addicted
colleague, Dr. Jed Foster (Radnor), recites at his patients’ bedsides. 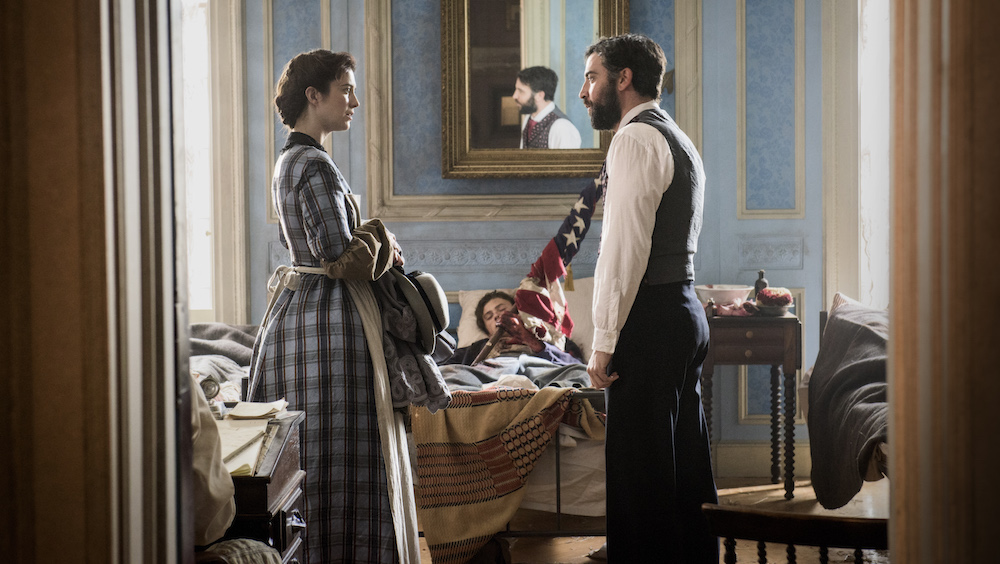 Against even “Downton,” much less “The
Knick” — with the strenuous brilliance of its innovative
style — “Mercy Street” suggests a mere gesture at the past’s
subtleties, rather than the genuine artifact, reducing what was in fact a
moment fraught with moral hazard to a wan, prestige-TV update of “The Blue
and the Gray.” (In its most risible moment, from the third episode, Foster
belts out “The Battle Hymn of the Republic” in the midst of a
morphine high.) With people of color relegated to the margins and the question
of loyalty winnowed down to the issue of oaths, even Winstead’s sturdy
performance, unlikely to earn an Emmy nomination in a crowded field, can’t
steer “Mercy Street” toward the light touch of “Downton.”
Even the lone Brit (Tara Summers), a protégée of Florence Nightingale, scoffs
at the untested Phinney without recourse to the Dowager’s wit.

“You treat
that sauerkraut with nothing but acerbity and disdain,” she advises her
beau (Norbert Leo Butz) of the newcomer, widow of a German baron, and for the
toothless “Mercy Street,” unfortunately, it’s easy to muster both.