The untitled Amazon project will be told in six parts and won't become an ongoing series. 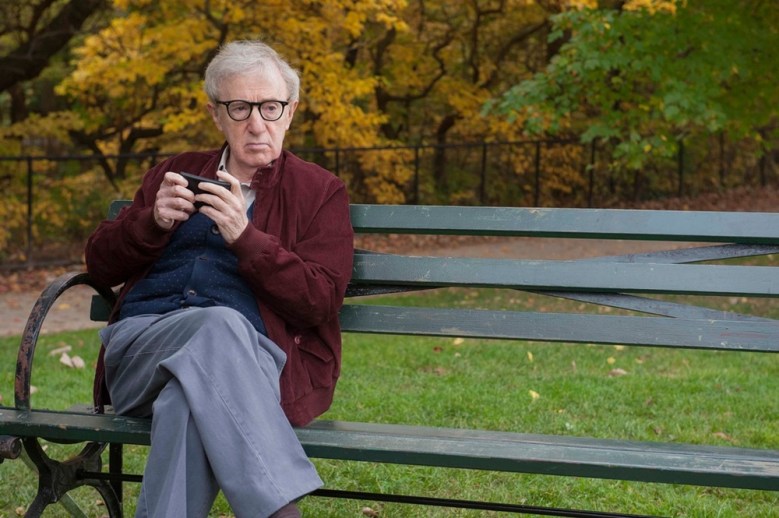 “By tomorrow I’ll have edited it and finished it,” answered the director when asked about the project.

As for the title?

“No, I do not have a title for it, but it’s six half-hour episodes. And it ends,” added Allen. “It’s not the kind of thing that could go on in perpetuity. It’s one story. It’s a comedy that stars me, Elaine May and Miley Cyrus primarily, a domestic comedy that takes place in the late 1960s. And hopefully people will find it amusing. It’s not going to start any new religions, I can tell you that.”

READ MORE: Woody Allen: Why He Doesn’t Re-Watch His Films & 6 Other Fascinating Facts From His New Interview

While the 80-year-old legend has been creating films for decades, television was something new for him. During the interview he admitted that it was more difficult that he thought it would be.

“It was much harder to do than I thought. I thought, ‘I’ll sandwich this in between two films and knock it off. What’s the big deal? It’s tele­vision,'” confessed the filmmaker. “But over the years, television has made enormous strides, and wonderful things are being done on television. And I found as soon as I started to get into the project, I couldn’t bring myself to slough it off because this is not television of 50 years ago, where every silly thing was acceptable. You’re working in a medium that has grown up and has got wonderful things being done in it, and, yes, you may prove to be an embarrassment, but you don’t want to be a total embarrassment.”

Allen also talked about first noticing Cyrus on “Hannah Montana” when his kids would be watching the Disney show: “I said, ‘Who is that girl? She’s got such a good delivery. You know, she snaps those lines off so well. The show is a silly little show, but she’s very good at what she does.'” Adding, that she wanted to take some time off, but agreed to do the series because the role interested her.

As for now, does he think he’ll continue to create more shows with Amazon in the future? His answer: “No, I don’t think so.”

When asked if he was a fan of shows like “Mad Men” or “Breaking Bad,” he stated, “I don’t watch them. I’m not home. I don’t have the incentive.”

This Article is related to: Television and tagged Amazon, Miley Cyrus, Woody Allen