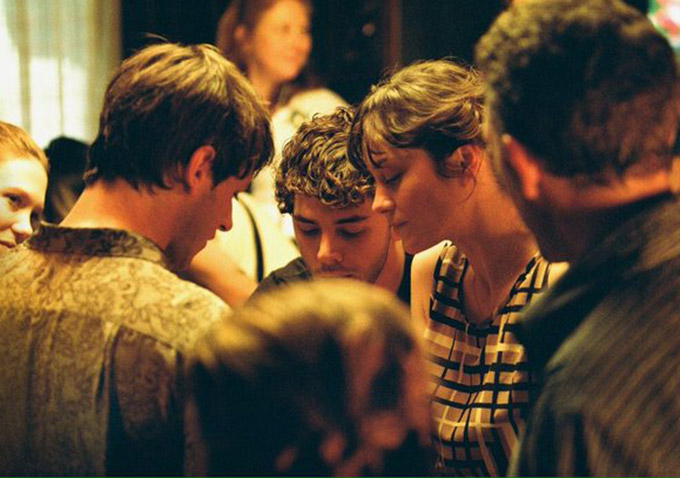 Xavier Dolan just turned 27 and is about to premiere a new work at the Cannes Film Festival for the fifth time. (His fourth effort, “Tom at the Farm,” debuted in Venice — what an underachiever!) Not everyone is a fan of the French-Canadian writer/director/actor, but his increasingly high-profile ensembles suggest that actors are eager to work with him: “It’s Only the End of the World” stars Marion Cotillard, Léa Seydoux and Vincent Cassel alongside Gaspard Ulliel and Nathalie Baye. Two new clips give a sense of what to expect from Dolan’s adaptation of Jean-Luc Lagarce’s play “Juste la fin du monde” ahead of its first screening.

READ MORE: ‘It’s Only The End Of The World’ Poster Released for the Cannes-Bound Xavier Dolan Film

In the first, the quintet sits around a dinner table discussing the merits (or lack thereof) of visiting an old house; Ulliel is enthusiastic about the notion, while Cassel doesn’t see the point. The second finds Baye and Ulliel (playing mother and son) embracing as the latter looks out a window longingly. Avail yourself of the official synopsis should you wish to know more:

“After 12 years of absence, a writer goes back to his hometown, planning on announcing his upcoming death to his family. As resentment soon rewrites the course of the afternoon, fits and feuds unfold, fueled by loneliness and doubt, while all attempts of empathy are sabotaged by people’s incapacity to listen and love.”

READ MORE: First Look: Marion Cotillard In Xavier Dolan’s ‘It’s Only The End Of The World’

“It’s Only the End of the World” has its first Cannes screening in Competition on May 19. As tends to be the case with Dolan, heated reactions are sure to follow.

This Article is related to: News and tagged Cannes Film Festival, It's Only The End Of The World, Xavier Dolan