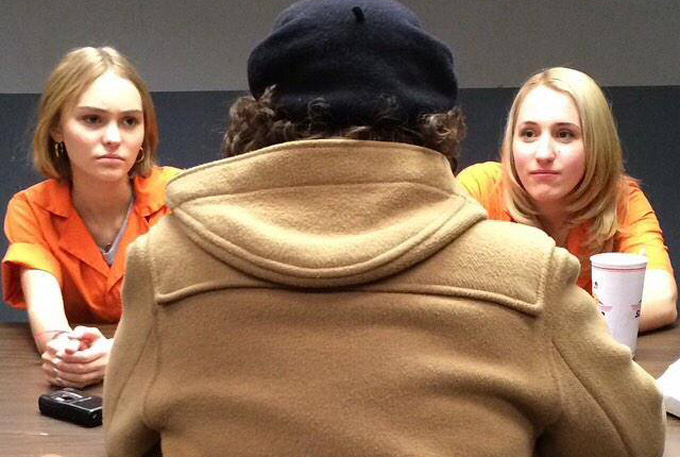 Director Kevin Smith has his own unique style of movie making and his latest feature “Yoga Hosers” is no different.

Lily-Rose Depp and Harley Quinn Smith, (Johnny Depp and Smith’s own daughters, respectively), star as Colleen Collette and Colleen McKenzie, two teenage besties known as “The Colleens,” who work together at a convenience store. Lovers of yoga and their iPhones, in the newest trailer we see them get asked to their first senior party and face off against a group of mini Canadian Nazis made of sausages that have taken over their workplace.

Johnny Depp also stars as a detective who helps the teens with their bratzis problem. Austin Butler, Tyler Posey, Justin Long, Michael Parks, Haley Joel Osment, Genesis Rodriguez, Ralph Garman and Jennifer Schwallbach Smith, among others, round out the cast.

The film first premiered at Sundance and is known as the part two of Smith’s True North trilogy, with “Tusk” being the first.

“Yoga Hosers” is slated for limited release on July 29. The helmer will also be touring with the film around the country. Watch the trailer above.