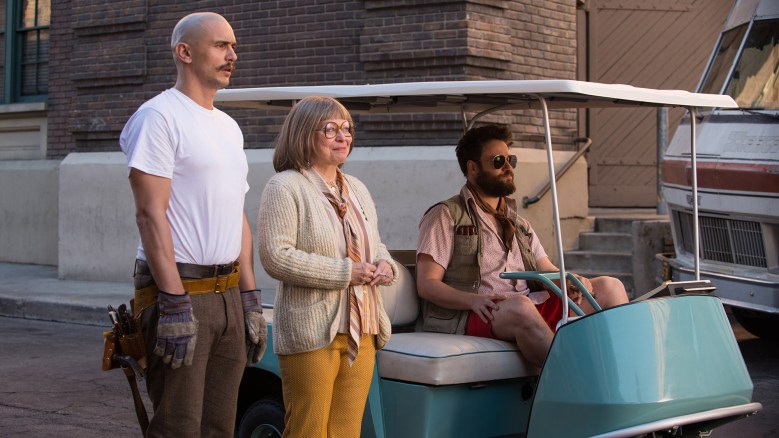 James Franco first acquired the rights to the book “Zeroville” by Steve Erickson in 2011 and since has wrapped production for the film adaptation of the same name. Now, the first look of the comedy-drama has been released.

In the latest image we see Franco with a shaved head along with Jacki Weaver and Seth Rogen. The film centers around Vikar (Franco), a film-obsessed architecture student who is mistaken for one of the perpetrators of the Manson murders. This L.A. newcomer also happens to have a picture of Elizabeth Taylor and Montgomery Clift from “A Place In The Sun” tattooed on his head.

“Profoundly magical, funny, unsettling, and gorgeous – a love letter to Los Angeles and provocative satire of America’s fascination with itself, its cult of celebrity; a vision of the death of Old Hollywood,” is the way the feature is described in the synopsis.

At this moment there is no release date, but it should be arriving at some point this year.

This Article is related to: News and tagged James Franco, Seth Rogen