The horror world doesn't always need new blood, sometimes it's a forgotten master who can give fresh live to a juicy genre. 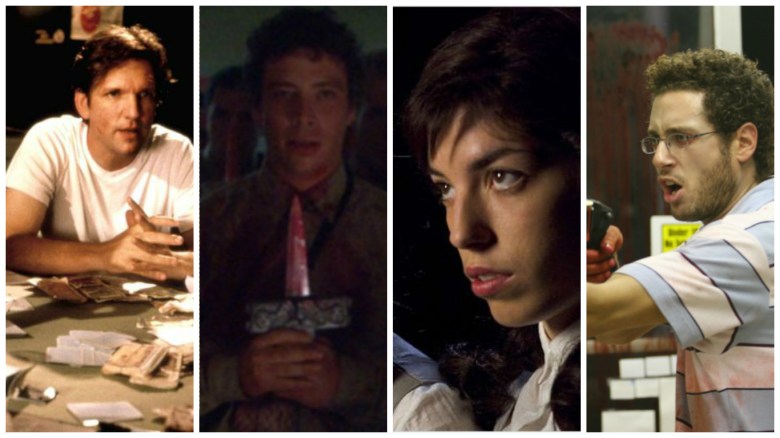 Some filmmakers crank out one movie after the next. Others take their time. When the Chiller network premiered “Fender Bender,” a serial-killer shocker directed by Mark Pavia, it was his first movie to reach fruition in the nearly 20 years since he broke out with his well-received Stephen King film “The Night Flier.” Tying in to that accomplishment, here are 10 more auteurs (technically, nine individuals and one duo) who have been too long absent from the fear-film circuit.

READ MORE: The 20 Best Horror Films of the Last 20 Years

This list is not concerned with established masters of indie terror (like Stuart Gordon and Frank Henenlotter — neither of whom, shockingly, has helmed a genre feature in nearly a decade). Rather, these are less celebrated filmmakers who made one or two or a few noteworthy movies in the prior couple of decades, and whose return would surely benefit the fright field in the 2010s. Beginning in early 2003, these French filmmakers caused a stir on the international festival scene with their English-language debut feature “Dead End.” Starring genre favorites Ray Wise and Lin Shaye as the heads of a road-tripping family whose Christmas-Eve drive leads them into deep-woods terror, it’s a supremely chilling experience that keeps the twists coming. Since then, Andrea has co-written (with others) and directed the Simon Pegg comedy “Big Nothing” and the thriller “La confrerie des larmes,” but a reteaming with Canepa would be welcome — and likely terrifying.

After cutting his teeth on galvanizing short films (compiled as “Family Portraits: A Trilogy of America”), Buck graduated to features in 2006 with “Sisters,” a remake of Brian De Palma’s cult favorite to which he brought his own distinctive sensibility. He followed that with “The Accident,” an exploration of childhood trauma that stands as the best segment of the international anthology “The Theatre Bizarre.” His deeply penetrating point of view on human nature and its terrors deserves another full-length vehicle.

In the midst of a successful writing career in TV animation, Cuden took the helm of a live-action talking-dog story decidedly not for kids. “Lucky,” in which a blocked cartoon scribe takes “advice” from a rescued pooch that leads him to murder, won multiple festival awards in 2002 and 2003 for its unsettling blend of horror and humor, but never got the commercial exposure it truly deserved. Cuden returned to the realm of animation, never — unfortunately — to dabble in features again to this date.

“End of the Line”

Hailing from Montreal, Devereaux got four features under his belt in the ’90s and oughts, and really came into his own with 2007’s “End of the Line.” A subway-set supernatural survival-horror film sporting a major jolt in its very first scene, “Line” fully demonstrates Devereaux’s gifts for creepy imagery and powerful shock effects throughout. It should have launched him into the bigger leagues, yet Devereaux is still waiting for his well-deserved break.

Another “Theatre Bizarre” alumnus, Giovinazzo first grabbed attention way back in 1986, when Troma released his post-Vietnam mind-messer “Combat Shock.” He’s made several crime and horror movies since, but hasn’t been represented on the feature scene since “Bizarre”; his entertaining, idiosyncratic 2012 production “A Night of Nightmares” remains in distribution limbo. Currently busy directing for German TV, Giovinazzo has more than earned another opportunity to return to the international film circuit.

From “Tales From the Crypt” and “Dark Skies” in the ’90s to “Agents of S.H.I.E.L.D.” most recently, Parigi has had a hand in fantasy/horror TV for some time. However, his sole movie “Love Object,” made in 2003, reveals a talent at the helm that cries out for another showcase. It’s about a socially awkward young man who buys a silicone “love doll” to help him get over his insecurities with women — but when he begins a relationship with a pretty co-worker, the artificial surrogate won’t let go of his psyche. It’s deeply disturbing, and warrants an encore. In 1997, this New Zealand-based filmmaker brought a bracing complexity and grisly intensity to the crowded serial-murderer field with “The Ugly.” The following year, he stepped up even further with “Heaven,” a time-fracturing thriller (featuring a striking early turn by Karl Urban) every bit as good as “Memento” or “Reservoir Dogs.”Unfortunately, it was thrown away in the U.S., and what should have been a Christopher Nolan- or Quentin Tarantino-level career only saw one more film, the Radha Mitchell-starrer “When Strangers Appear.” It’s been 15 years since that one premiered, and it’s high time for Reynolds to get another shot.

Shankland’s actually had a busy career over the last decade and a half in British and American television (most recently on “House of Cards”), and was recently announced to helm the pilot of the M. Night Shyamalan-backed TNT show “Creatures.” The series world’s gain has been feature films’ loss, though, as demonstrated by Shankland’s second and most recent movie, 2008’s “The Children.” Following up on his promising debut “The Killing Gene” (a.k.a. “W Delta Z”), Shankland pits adults against their suddenly murderous offspring during a holiday gathering, and takes this horrifically conflicted scenario to its bitterest, bloodiest end. TV directors are being tapped for the big screen on a regular basis these days, and here’s one who has more than proven his chops in the latter.

The 2005 release “Dead Birds” is an underappreciated Civil War-era horror gem, stranding a squad of Confederate soldiers (played by a fine cast including Henry Thomas and Michael Shannon) in a haunted plantation. Rife with creepy mood and strong characterizations, it was an accomplished calling card for Turner, but it would be five years before he’d make his only other fright feature, “Red Sands.” “Birds” scripter Simon Barrett moved on to a fruitful collaboration with director Adam Wingard (“You’re Next,” “The Guest”), and Turner — currently completing a comedy called “The Voyager”— merits a similar return to the field of frights. In 2008, Wilkins graduated from visual effects artist to director with “Splinter,” a consistently tense creature feature in which he makes the most of its single location (a remote gas station), a small but solid cast (led by Shea Whigham), and excellent monster/makeup gags. Like many who create strong first genre films, his next shot was a sequel/remake (“The Grudge 3”), and he’s been active only in TV since. Here’s hoping he’ll see another movie to fruition in the near future.

This Article is related to: Features and tagged Horror, Lists