From "Scandal"ous relationships to unplanned "Parenthood," these "Girls" dealt with unwanted pregnancies in a very real way. 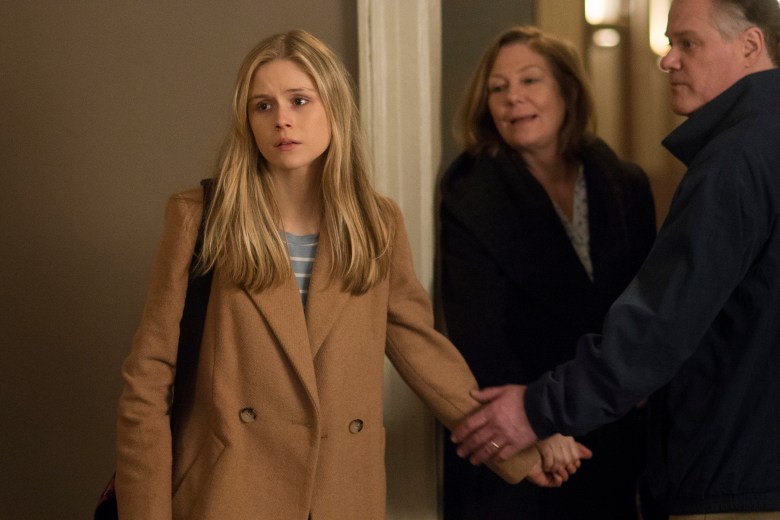 Yesterday’s Supreme Court ruling, which overruled a Texas abortion law that would shut down all but a handful of clinics across the state, was the most significant decision on abortion the court has made in the last 20 years. While abortion is a constant hot topic in terms of governmental policy, it is rarely addressed on our televisions, outside of CNN or FOX News. And when it is addressed, TV shows have a tendency to shy away from honestly portraying how real women deal with unwanted pregnancies.

Starting with the famous “Maude” storyline in 1972 and continuing all the way to a shocking “Scandal” midseason finale, we’re taking stock of the most honest portrayals of abortion on television.

In 1972, a few months prior to the Roe v. Wade Supreme Court ruling, “Maude” became the first primetime show to depict the lead character getting an abortion. In the two-part storyline, Maude (Bea Arthur) find out that she is pregnant at 47, and after an honest and in-depth conversation with her husband, decides to abort. The storyline caused waves of controversy, with some CBS affiliates refusing to air the episode and over 24,000 protest letters sent to the network. While it’s well known for breaking TV barriers, “Maude’s Dilemma” is equally groundbreaking in its honest, non-judgmental presentation of abortion on television. Maude’s husband, Walter, is unyielding in his support of whatever decision she makes, which is a rare sight on television even today. The support of Maude’s friends and family is equally refreshing. Nearly 45 years later, and in an era with so much great television, such matter-of-fact perspectives on abortion are still few and far between.

Prime-time TV abortions are rare, so when Erica on “Degrassi High” became pregnant at 16 and ended up going through with her decision to abort, it was another one for the TV history books. Accompanied by her twin sister Heather, the show follows Erica as she goes to the abortion clinic for her appointment, pushing past a group of protestors to get inside. One poignant scene in particular, in which Erica sits in silence during a heated classroom debate on the subject, resonates to this day.

“Six Feet Under” had a few different abortion-centric plotlines in Seasons 2 and 3, but it’s “Twilight,” in which Claire matter-of-factly aborts her pregnancy, that sticks out as one of the most frank depictions of the subject on television. After realizing she is pregnant by her cheating boyfriend, Claire decides immediately to get an abortion. The process is portrayed in a very detached manner, with Claire only telling one person about the decision in order to get a ride to the clinic. In the next episode, however (in true “Six Feet Under” style), she sees a hallucination of the aborted fetus, shown as an adorable infant. Later in the season, Claire tells her ex-boyfriend, who is promptly furious that she didn’t tell him before having the procedure.

When “Everwood” first aired “Episode 20,” in which a teenage girl and her father ask Dr. Brown to perform an abortion, it was met with the usual wave of controversy. Although the storyline was part of the National Day to Prevent Teen Pregnancy, the WB decided that the “strong subject matter” was too controversial for repeated viewings, and did not re-run the episode after its premiere. Guest star Kate Mara appeared as the young girl who, after getting the procedure from another doctor, is traumatized by the experience. The episode was another one of the few early 21st century instances of abortion on television, but it doesn’t exactly have a pro-choice message. The abortion doctor, who didn’t want to perform the procedure in the first place, ends the episode by going to Confession to beg forgiveness for his sins. “Friday Night Lights” deftly handled a number of touchy issues in its run, and the Season 4 abortion storyline was no exception. When high school sophomore Becky becomes pregnant with her boyfriend Luke’s baby, she struggles over the decision to abort. Her own mother had her at 16, and strongly advocates for an abortion, not wanting Becky to face the same challenges that she went through. Luke, however, was raised in a Christian family, and fully intends to marry Becky and raise their child together. Thank goodness for Tami Taylor, who Becky finally turns to for advice. Tami gives Becky fair, balanced advice, explaining what she would tell her own daughter and cementing her role as one of the best mothers on television. Becky decides to go through with the procedure, which eventually causes problems for Tami after Luke’s parents are shocked and furious at her involvement in the decision. For a show that thrived on drama and unrealistic situations, “Sons of Anarchy” handled its brief abortion storyline with surprising poise. Porn star Lyla decides to get an abortion without the knowledge of biker boyfriend Opie, and enlists Tara’s help to find a discreet clinic. Job specifics aside, Lyla makes it clear that she eventually wants to have children with Opie, she just isn’t ready to disrupt her life and career with a pregnancy. Tara, who is also pregnant by cheating boyfriend Jax, ends up considering abortion as well, and makes herself an appointment while Lyla is undergoing the procedure. While Tara doesn’t end up going through with it,”Lochán Mór” takes a surprisingly straight-forward approach to Lyla’s abortion.

Dr. Cristina Yang is one of Shonda Rhimes’ most unfailingly independent characters, so when she has an unexpected and unwanted pregnancy in Season 7 of “Grey’s Anatomy,” she has no qualms about having an abortion. Her husband, however, has the opposite response and is thrilled at the prospect of a child, but Cristina shuts him down from the get-go. It takes Cristina awhile to prepare for the abortion, but that too is presented in a new way than usually seen on television- it’s clear that she isn’t avoiding it because of her own guilt, but because she wants Owen’s support. The couple works through their difference of opinion in a very real way, with Owen understanding that it’s ultimately her decision and supporting her through the process.

“Small Victories” is another episode in which the pregnant woman feels much more confident about her decision to abort than her partner. Drew and Amy on “Parenthood” are high school sweethearts and started having sex early on in the show. When Amy gets pregnant, Drew accompanies her to Planned Parenthood, despite feeling guilty about the prospect of abortion. Amy explains that her life would be over with a baby, and Drew responds in the usual way, arguing that he would get a job and go to college. Kudos to “Parenthood” for specifically naming Planned Parenthood and realistically portraying a brief teenage pregnancy.

READ MORE: Guest Post: How to Do an Abortion Plotline Episode: “AKA You’re A Winner”

The circumstances surrounding a teenage pregnancy in “Jessica Jones” are not so realistic, but the response to the pregnancy is painfully real. College student Hope Shlottman was raped and impregnated by mind-controlling abuser Kilgrave, after he forced her to shoot her own parents. Jessica visits Hope in prison and learns that she has been paying other women to beat her, hoping to induce a miscarriage. Jessica eventually brings Hope medicine that will abort her pregnancy. Rape-related abortion is an even iffier TV topic than most abortion storylines, and it’s even rarer to see a woman express absolute aversion to the thought of the fetus inside her. She finds the idea of carrying her pregnancy to term unthinkable, which is a perspective rarely if ever seen on television. Abortion has been addressed in a few different “Scandal” episodes, but it’s “Baby, It’s Cold Outside” that earned Shonda her crown. Olivia is pregnant with President Fitz’s baby, and watches silently as his ex-wife Melli filibusters against a bill that would cut funding to Planned Parenthood. She ends up supporting the filibuster, opposing Fitz and his staff in secret, and eventually getting an abortion and breaking it off with Fitz. The inclusion of Planned Parenthood debates and Olivia’s own abortion is a potent combination, resulting in an affecting and eye opening episode.

READ MORE: Shonda Rhimes Puts Hollywood in Its Place With Rousing PGA Speech: ‘I Deserve This’

“Girls” has been praised again and again for its realistic portrayal of twenty-something women, and abortion is an issue many of those women deal with. “Close Up” focuses on Adam and his girlfriend Mimi-Rose, who matter-of-factly informs him that she just had an abortion. When he gets angry, she informs him that they had only been together a short time and she had no intention of raising a child with him. Unlike many of the episodes on this list, Mimi-Rose doesn’t take the opinions of the man into account at all and just goes through with the procedure on her own. While Adam’s negative reaction isn’t unjustified, Mimi-Rose’s unapologetic view of her abortion is relatively new to television.

For more information on some of the episodes above, and an in-depth look at many of the instances of abortion related plotlines on TV, check out Remember the Abortion Episode and Penny Lane Is My Real Name.