Indiewire's weekly critics survey celebrates the brilliant career of an actor whose life was cut far too short. 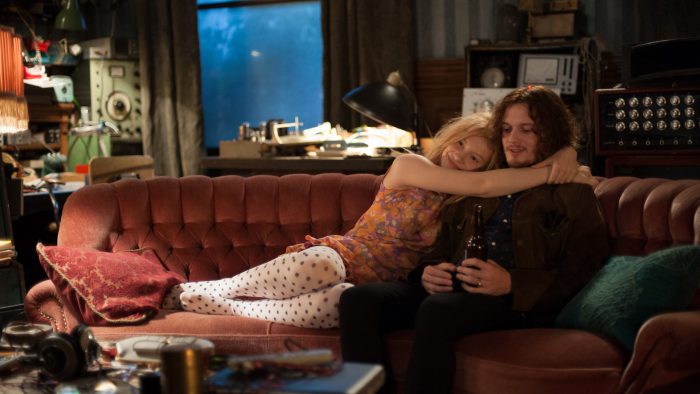 Every week, the CriticWire Survey asks a select handful of film and TV critics two questions and publishes the results on Monday morning. (The answer to the second, “What is the best film in theaters right now?” can be found at the end of this post.)

This week’s question: In honor of the late Anton Yelchon, who was killed in a tragic accident early Sunday morning, which was your favorite of his performances?

It’s definitely not his best movie, and maybe it’s not really technically his best acting, but my favorite of Yelchin’s performances is in “Terminator Salvation.” You could tell he tried to sound like Michael Biehn in “The Terminator” in his portrayal of young Kyle Reese, and that meant a lot to me as a fan of these movies. And it shows how much he took care in his work and respected any kind of role. He did something similar with his part as Chekov in the Star Trek movies. I also have to give a shoutout to his early roles in “Hearts in Atlantis” and the “Taken” miniseries because I don’t normally like child actors but he caught my eye as a kid who wasn’t too precocious but was clearly intelligent and beyond his years as a prodigious talent.

What I loved most about Anton Yelchin as an actor was his relatability and his vulnerability. Whenever he was part of an ensemble, he was always the guy you most rooted for, usually because he was the most likable. He was just a likable dude and a fantastic everyman, and the performance of his that probably most stands out is as one of the two leads in Drake Doremus’ “Like Crazy.” Not only did this film absolutely crush my heart and drench my face in tears, but Yelchin — as a dude who falls head over heels for a female student (Felicity Jones) traveling from Britain — delivers such an immensely powerful and soulful performance, extracting every aspect of what it feels like to be in love and pouring it all over his performance. It’s human and heartfelt and poetic, and it just makes you feel friggin’ everything. Yelchin was great at making you feel his performances; feel his pain, his weaknesses, his fears, his triumphs and his confidence. He gave himself to us and we gave ourselves to him, and I’ll forever miss the way that feels.

Working under the assumption that most of my colleagues will understandably single out Yelchin’s mordantly hilarious turn in “Only Lovers Left Alive,” I’m going to veer in the other direction and stick my neck out for 2011’s “Fright Night” remake. A regrettably witless movie that feels like it was whittled into nothingness by studio notes that didn’t get what screenwriter Marti Noxon was going for, the suburban vampire thriller nevertheless endures as an awesome testament to Yelchin’s talent. A soft-spoken actor whose nuanced naturalness had a way of making all of his characters feel eminently believable, Yelchin wasn’t always in the best movies, but he was always the best thing in them, and he made it easy for you understand what the people behind the camera had been trying to achieve. His presence was an instant salve against all cynicism — you’d see him on screen, and you’d be filled with the feeling that good people were trying to do good work. Watching Yelchin drive a stake through the heart of an immortal Colin Farrell, it’s easy to forget all of the uninspired decisions that make that movie so forgettable — in that moment, it feels utterly alive, and so does he.

What was most striking about Yelchin’s career was his ability to choose roles — of all different kinds, in all different movies — that seemed very clearly important and interesting to him. Yelchin’s range was striking, but so was his attention to what kind of parts he picked. It’s a rare combo in an actor. Although I’ve enjoyed Yelchin in (appropriately enough) a huge range of films (from the “Star Trek” relaunch to the wonderful “Charlie Bartlett” and plenty in between), the softest of soft spots is probably for Drake Doremus’ “Like Crazy.” Yelchin and Felicity Jones are just wonderful in the film, as two overwhelmingly in love young’uns who are forced to grapple with some very adult issues when they try to make their inter-contential love affair work out (few love stories these days are as concerned with the intricacies of the visa process than this one), and although the film is often a bit overwrought (but young love, you guys), Yelchin and Jones somehow ground it. Yelchin’s Jacob makes plenty of mistakes as he and Jones’ Anna struggles to stay together, but Yelchin’s infectious empathy and and deep sensitivity keep Jacob from ever appearing anything less than a young man desperately, stupidly in love. Doremus’ film doesn’t balk at taking a real warts and all approach to romance, and Yelchin perfectly embodies that concept with wit and hard-won emotion. It’s a lovely love story, and Yelchin kept its heart pumping.

“Only Lovers Left Alive.” Anton Yelchin is all of us in that movie, desperately trying to play it cool around the effortless, ethereal chill of Tilda Swinton and Tom Hiddleston’s vampires.

The cast of 2009’s “Star Trek” were given an unenviable task: put your own spin on a beloved character, but still make it recognizable to the world’s most rabid fanbase. All succeeded (the Bad Robot team is always extraordinary with its casting) but some succeeded more than others. Anton Yelchin was right at the top. Though he doesn’t get too much screen time, Yelchin’s Chekov is an absolute delight. Funny, determined, sharp-witted and, much like Walter Koenig circa 1967, an approachable cute guy. Surely Yelchin showed off his thespian chops more in movies like “5 To 7” or “Like Crazy,” but it’s with Chekov where he probably had to do the most skating on thin ice. Every “choice” he made with the role was the right one, and his passing will make this summer’s “Star Trek Beyond” considerably more poignant.

The answer to this is an easy one for me — it’s “Green Room.” I can’t say I particularly admired or even liked the film (and I realize this is an unpopular opinion), but Anton Yelchin’s extraordinary performance is what kept pulling me back in. He was electrifying and even heartbreakingly human. A remarkable talent, gone too soon…

My favorite Anton Yelchin performance can be found in Jim Jarmusch’s vampire drama “Only Lovers Left Alive.” It’s also one of my favorite films flat-out, and Yelchin was perfection in it. His co-stars (Tom Hiddleston, Tilda Swinton, and Mia Wasikowska) had enviable roles, playing killer cool vampires suffering from eternity-burdened ennui and electrified by a feral sexuality. By contrast, Yelchin played Ian, the overeager human in their midst. Amid otherworldly star power, it was Yelchin–as a sullen bloodsucker’s lifeline to the human world– who grounded the film’s gritty modern reality.

In one painfully funny scene, Ian imitates the ineffable chicness of his pale companions, by sliding on a pair of sunglasses in a dark club. It’s a self-conscious move that exposes Ian as a pretender, and by extension as the audience analog. Like him, we desperately yearn to be this powerful, this cool, this everlasting. But it’s a dangerous thing to desire so blindly. (Here’s where I warn you this movie might be a tough watch right now.)

Yelchin’s performance isn’t as showy as the savory sensuality and bohemian swagger of Hiddleston, Swinton and Wasikowska. Yet, he matches them scene for scene as their lively foil. It’s his casual goofiness and puppy-dog earnestness that gives “Only Lovers Left Alive” its underlying humanity. And it was this quality of warmth and excitement that defined Yelchin’s screen presence, making him always a welcomed sight.

“Terminator: Salvation.” He pulls off the same against-type casting that Michael Biehn did as the first Kyle Reese and anchors a very silly movie with actual emotion.

Here’s a little shout-out for Yelchin’s performance in Jim Jarmusch’s “Only Lovers Left Alive,” the arty, melancholy film where Tilda Swinton and Tom Hiddleston play ancient vampires skulking through life in the modern world. Yelchin plays Ian, an assistant and gofer to Hiddleston’s character Adam. And for the first half of the movie, he provides the humanity the story is otherwise lacking. It’s the kind of character Yelchin played a lot: The puppyish, appealingly open young man whose whole life is nakedly written on his face. Ian is completely taken with Adam and his musical work, and his admiration and dedication gives the audience a positive window into a character who initially seems sullen, detached, and otherworldly. It’s vital to the way the film works, and vital in opening Adam up to the viewers. But it’s also just a particularly elegant piece of character work. Ian is the classic movie Renfield, all about the subserviant admiration for his dark master. But he’s also every eager young artist who latched onto a more successful, more experienced mentor and tried to impress him through sheer dedication. And he’s also every kid with a crush, trying to play it just cool enough to make it deniable in case he needs to backtrack to save face. It’s such a sweet, warm performance, counter to everything else going on in an increasingly melancholy and lovely film.

Q: What is the best movie currently playing in theaters?