In response to a new BBC poll, Eric Kohn and David Ehrlich share their favorite movies of the new millennium. 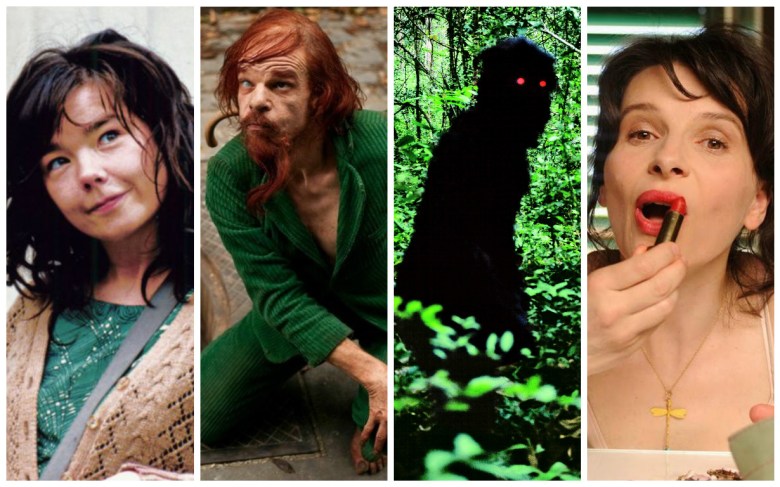 It’s one thing to come up with a top 10 list of the best movies in any given year. The best movies of the decade is even harder. But the best movies of a century? OK, when it comes to the new millennium, that’s just a decade and a half. Still, it’s no easy task to consider the highlights from 16 years of viewing — but that’s part of what makes it such a compelling challenge.

Recently, BBC polled a large group of critics, including IndieWire’s Eric Kohn and David Ehrlich, for their lists of the best achievements of the 21st century. (The full results will run in mid-to-late August.) The results of the poll have yet to run, but as countless participants have begun sharing their results, we felt compelled to weigh in. Of course, lists are highly subjective and almost always omit some major titles, so prepare to argue with our selections. Needless to say, this century has another 84 years to go, so it’s likely that these selections will change as the years go by.

Don Hertzfeldt’s scathing indictment of the commercial industry — in which a series of advertisements he’s been commissioned to write wind up losing their minds as time and space collapse around them — epitomizes his ability to turn deceptively simple stick figures into profound avatars of society’s inherent instability. Hertzfeldt has made more aesthetically accomplished films since (see David Ehrlich’s list, below), but in my estimation, “Rejected” remains his mission statement.

Steve McQueen’s measured portrait of northerner Solomon Northup’s tumultuous experience being kidnapped into slavery was Oscar bait before it even existed, so it’s a small miracle that the result is so much more than that: a gorgeous, lived-in world that acknowledges the realities of slavery in extraordinary detail, reckoning with a dark chapter in American history while taking none of it for granted.

Joshua Oppenheimer’s horrific look at the reverberations of the Indonesian genocide of the 1960’s adopts a terrifying perspective and never flinches: The filmmaker cedes screen time to the practitioners of military torture and lets them reenact their accomplishments. At once subversive and powerfully inquisitive, the movie probes the essence of evil by giving it the floor, and lets its vile subjects convict themselves. Filmmakers Lucien Castaing-Taylor and Verena Paravel have pushed the documentary practice forward with a number of innovative documentaries, including “Sweetgrass” and “Foreign Parts,” but “Leviathan” is their joint masterpiece: a freewheeling statement on the intrinsic chaos and overwhelming beauty of the sea, captured through numerous digital cameras tossed around a boat off the coast of Massachusetts. More than an ode to the natural world, it’s the first movie essentially directed by it.

Laszlo Nemes’ bracing concentration camp drama is an anti-Holocaust movie that takes nothing for granted, a first-rate suspense film in which history unfolds only by implication. As the leading man roams about Auschwitz in the hopes of burying his dead child (or so he claims), Nemes’ camera remains so tight with his subject that the broader context eventually falls away, leaving only the shocking immediacy of trying to stay alive.

Gaspar Noé’s boldest gamble is like getting a thumb jammed in your eye and experiencing aesthetic bliss at once. A first-person narrative in which the person in question spends most of the movie as a ghost, “Enter the Void” pulls off daring camera stunts and psychedelic maneuvers other filmmakers only dream about. The movie casts a mesmerizing spell even when it becomes a sensory overload, which is most of the time. Boundary-pushing cinema at its finest.

4. “Uncle Boonmee Who Can Recall His Past Lives”

Ghost monkeys and fish sex are among the more outrageous ingredients of Thai master Apichatpong Weerasethakul’s beautifully expressionistic tale of historical trauma and provincial worldviews. But any surface emphasis on this movie’s weirder ingredients misses the delicate poetry at its core. Beyond its political allegories and mythological reference points, Apichatpong’s beautiful accomplishment speaks to a universal sense of awe about the interplay between humankind and nature.

3. “Eternal Sunshine of the Spotless Mind”

Michel Gondry and Charlie Kaufman reached the height of their creative abilities in this mesmerizing ode to heartbreak, in which the only catharsis from grief exists in the deepest recesses of the human mind. Richard Linklater’s 12-year production was a first for the medium: a nuanced story about growing up that captured the process in rich detail without an iota of fakery. Its profound understatement speaks to the way each moment tells a story about time’s unstoppable progress even in the smallest moments.

Leos Carax’s surreal meditation on identity and performance in the digital age is a marvelous tone poem about the haunting mysteries of being alive, anchored by Denis Lavant in one of the most versatile performances in film history. A celebration of cinema, music and technology, it’s also a revelatory portrait of emotional confusion in the modern age.

Words can’t do it justice. The whole thing is streaming for free on Vimeo. Don the biggest pair of headphones you can find and prepare for bliss.

The “Nightshift” scene is more valuable than some entire years of cinema. In paying tribute to Ozu, Claire Denis proved that her capacity for empathy is just as great as her capacity for violence. I’m still afraid to walk behind a diner. And you should be, too.

DIY animation maestro Don Hertzfeldt needs only two stick figures and 16 minutes to lay out everything that you need to know about life on this planet or any other. Emily Prime for President.

The best animated feature ever made (and also the most misunderstood), Hayao Miyazaki’s swan song is a profoundly beautiful testament to the power of art, and a devastatingly artful lament for the corruption of beauty.

Abbas Kiarostami’s masterful puzzlebox about the performative nature of relationships confirms Juliette Binoche as one of the world’s greatest living actresses while spinning a love story so beguiling that it makes the last shot of “The Sopranos” seem crystal clear.

Björk’s performance as the most unfortunate of Lars von Trier’s “Golden Hearts” is this young millennium’s single greatest feat of film acting, and our sick sad world didn’t deserve the incredible swan dress that she wore to the Oscars.

Edward Yang died far too young (he passed away from cancer in 2007 at the age of 59), but the Taiwanese auteur behind masterpieces like “A Brighter Summer Day” and “The Terrorizers” made a profound impression on the 21st Century before taking his leave. An unshakably poignant three-hour drama that starts with a wedding, ends with a funeral, and touches on so much of the human experience in between, “Yi Yi” follows an ordinary middle-aged man as a few sudden shake-ups nudge him towards a broader appreciation for his place on the world. It may sound mundane, but this infinitely sensitive epic transcends its modest premise and shows you things that you may never have noticed otherwise — like the back of your own head.

The closest the movies have ever come to simulating what it feels like to fall in love, full stop. Sofia Coppola’s perfect second feature touched a particular nerve for me that no other movie ever has. Both an intimate epic of dislocation and a sensitive portrait of what it feels like to be found, Roxy Music had it right: There is nothing more than this.

This Article is related to: Features and tagged 12 Years a Slave, Carol, Enter The Void