Director's Jim Cummings' Sundance-winning short "Thunder Road" will be available on Vimeo in the next two weeks. 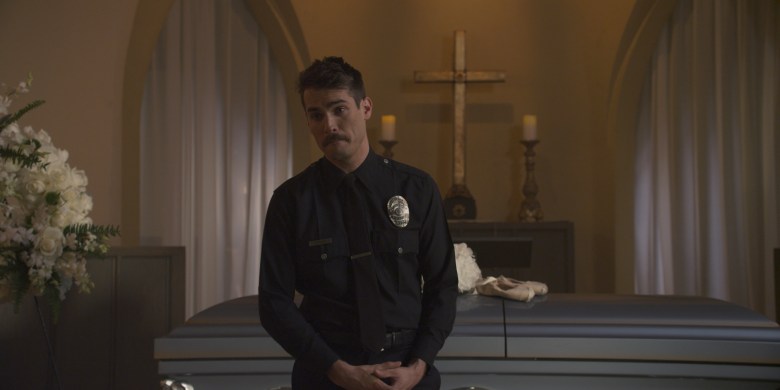 Earlier this week Jim Cummings wrote a widely circulated open letter to Bruce Springsteen asking the musician for rights to “Thunder Road” so that he could make his Sundance award-winning short by the same name available for free on Vimeo. Cummings has just told Indiewire that he heard from representatives of Sony music, Springsteen’s label, and that he has been granted the digital rights to Bruce Springsteen’s classic track.

Terms of the deal are being kept under wraps, but Cummings told Indiewire that he plans to put the film online in the next couple of weeks. Cummings had already paid $7,000 for the theatrical and festival rights to the song, but had been stymied by a $50,000 price tag for a year of digital rights.  Frustrated by his inability to make his case directly to Springsteen for the last few months, he took to the internet. “I understand that artists need to get paid for their work and I’m willing to pay more on top of the $7,000 I’ve already spent,” Cummings told Indiewire in an interview earlier in the week. “I just want to put my film on the internet for people to see for free and I really believe if Springsteen knew of my situation he wouldn’t be asking for tens of thousands.”

Springsteen’s classic track isn’t just a song that plays during Cumming’s short. As the film’s title indicates, the song is baked into the movie. The short tells the story of cop (played by Cummings) who, while eulogizing his mother, is so overcome with emotion and unable to find the right words that he plays her favorite song, while dramatically performing and singing along with the Springsteen recording.

“I wasn’t expecting to get into Sundance, let alone win,” Cummings said. “This was something I was planning on throwing on Vimeo and I’d fly under the radar. We’ve done stuff in the past and used big songs, so I never thought I’d need the rights.”

This Article is related to: News and tagged Short Films