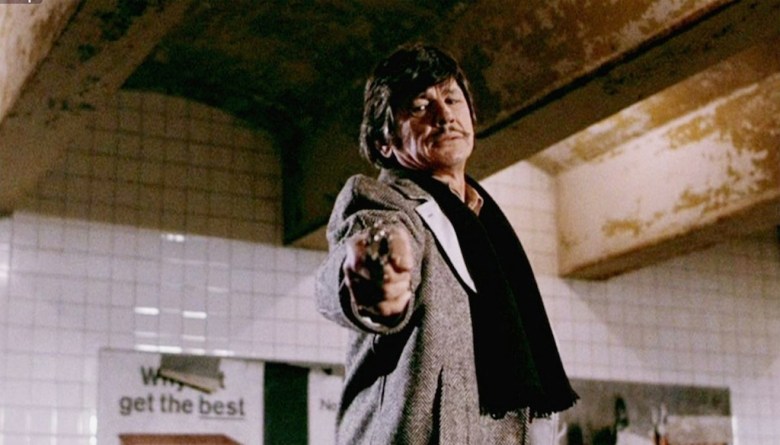 In a recent interview with IndieWire’s Graham Winfrey, Roth said that he likes “originality and…when you take a classic thing and put your own twist on it. You watch a movie like ‘The Witch’ and it’s such a great, fantastic take on the classic New England witch fairy tale, and you say ‘Yeah that’s the type of movie that should be out there, that deserves to exist.’ And those movies are rare and they’re few and far between.” He also said that he really wants to be “much more of a boutique producer,” and that he’s no longer interested in producing a bunch of things and hoping one hits. “I really want to focus on directing movies, maybe producing one thing or trying to do one TV show,” the director said. “I find that I overextend myself and I can’t really do quality control the way I like to on projects.”

READ MORE: Attention, Filmmakers: Here’s How to Get Eli Roth to Produce Your Movie

Based on the 1972 novel of the same name by Brian Garfield, Winner’s film stars Charles Bronson as Paul Kersey, an architect who one day discovers that his wife and daughter are brutal victims of a home invasion. Distraught and filled with rage, Kersey goes on a killing spree in order to avenge his family’s trauma. The film was quite controversial and divisive upon release because of its graphic violence, depiction of rape, and the film’s support of vigilantism as a form of justice. However, the film was a commercial success, making an impact on U.S. audiences who were witness to increasing crime rates and urban decay. It also revived Bronson’s career and produced four sequels.

The “Death Wish” remake was initially supposed to be directed Israeli filmmakers Aharon Keshales and Navot Papushado, but Roth took over when they recently left the project. Scott Alexander and Larry Karazewski have written the current script. Apart from filmmaking, Roth will also return as the host of Discover’s “Shark After Dark,” a late-night talk show all about sharks that will run during the network’s popular Shark Week.