Speaking with Beau Willimon at the ATX Festival, one fan pushed Hawley to give a definitive answer on the strangest aspect of "Fargo" Season 2. 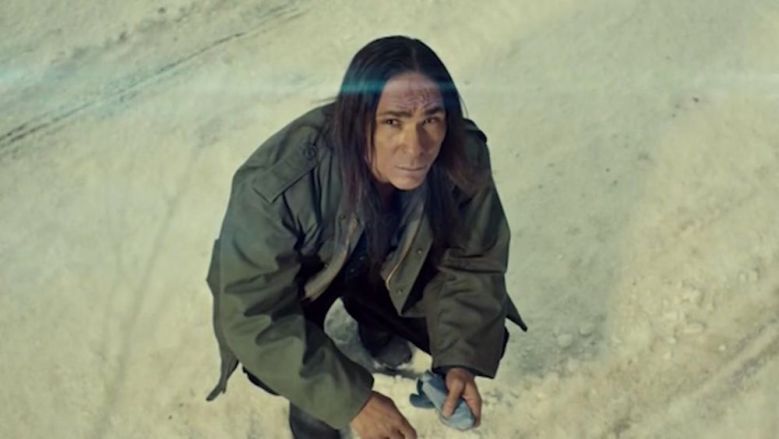 While most TV aficionados can agree “Fargo” is one of the best new series of the past few years, fans were split down the middle over the odd, seemingly inexplicable incorporation of UFOs into the most recent season. Well, thanks to one brave fan and a bit of a push from “House of Cards” creator Beau Willimon, now we have our answer.

READ MORE: Beau Willimon Just Saved the Lives of 200 Writers, and You Could Be Next

Speaking at the ATX Festival in his hometown of Austin, TX, Noah Hawley took questions from the room after being interviewed by Willimon about his new book, “Before the Fall.” When fans seemed a bit shy to to approach the microphone — a logical choice given the deeply intellectual discussion that came before — Willimon urged them to ask their most “esoteric, fanboy/fangirl” questions about “Fargo.”

It worked, as one courageous and curious audience member made the long walk before uttering the seven words we’ve all been dying to ask: “What was the deal with the UFOs?”

The crowd chuckled, but Willimon pressed the creator for a real answer (thank you, Beau): “Yeah, but you explained [the fish],” Willimon said. “Granted, it was a tornado that hit a lake, but there was an explanation.”

“Well, it was part of the moment,” Hawley continued. “Post-Vietnam, it was that both the political paranoia and the conspiracy theories went all the way to the top — with Watergate; that sense that people were feeling paranoid on some level.”

“If you look at the internet research device, there was a state trooper/UFO incident in Minnesota in the ’70s, which I thought was interesting,” Hawley added. “And then also Joel and Ethan [Coen] had included some of those visuals in ‘The Man Who Wasn’t There.’ There was definitely a UFO runner in there.”

But the truly interesting take came straight from the Coens’ original film. “Very early on, I asked, ‘What is our Mike Yanagita?'” Hawley said. “Mike Yanagita was the character in the movie ‘Fargo’ who Marge met after being friends in high school and they had a meal, and he talked about marrying his high school sweetheart and then she died and he was so lonely. But then, later, you found out he made all that up. And I thought, ‘Why is this in the movie?’ It has nothing to do with the movie — except the movie says, ‘This is a true story.’ They put it in there because it ‘happened.’ Otherwise you wouldn’t put it in there. The world of ‘Fargo’ needs those elements; those random, odd, truth-is-stranger-than-fiction elements.”

“Especially because the storytelling is so compact, so tight, that it can’t be too tidy,” Willimon chimed in. “You have to add some untidiness to it.”

“Whenever you introduce those elements, you engage the audience’s imagination,” Hawley said. “When you’re not spoon-feeding a linear story, when you’re leaving gaps for the imagination, the audience is going to have to invest more in it. And I think that dynamic relationship is much better than just watching.”

So even though “Fargo” isn’t actually based on a true story, the fact that they claim the events are true has consequences in the storytelling — consequences like UFOs.

The ATX Festival is taking place from June 9-12 in Austin, TX. Keep checking IndieWire throughout for continued coverage. “Before the Fall” is now available in bookstores everywhere.