Ross says he wants people to know his film "wasn't the glib work of a screenwriter who was inventing things." 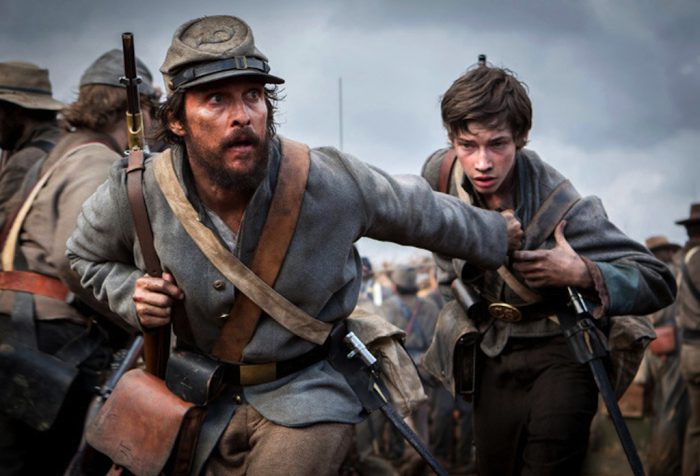 The upcoming historical war drama “Free State of Jones” follows Newton Knight (Matthew McConaughey), a Confederate dissident who led an armed rebellion against the Confederacy in Jones County, Mississippi during the Civil War. Knight subsequently marries a former slave, establishes a mixed-race community in the South, and fought for the rights of African-Americans after the war is over. Director Gary Ross, who previously wrote and directed films like “Pleasantville” and “Seabiscuit,” has posted a comprehensive website annotating topics and scenes in the film to expand on their historical basis and accuracy, including extensive footnotes and many primary documents.

Ross made clear that he didn’t want the film to come off like the work of an amateur. “I stopped my life to read and study for two years before I even started writing a script,” Ross said in an interview with The New York Times. “If people want to pick apart this history, they can. But they should know that this wasn’t the glib work of a screenwriter who was inventing things.” In the same NYT profile, Ross discussed how he consulted with many different historians, with Harvard’s John Stauffer commenting that working with the director was like “working with grad students you really like.” Ross also discussed how he tried to reframe Knight’s role in the film less as a “white savior” and more of an “ally,” and how he made sure not to sentimentalize the Confederate cause.

See the website for yourself. “The Free State of Jones” enters theaters on June 24th.

This Article is related to: News and tagged Free State Of Jones, Gary Ross, Matthew McConaughey