Despite being pure evil for three seasons on the HBO dragon drama, the British actor behind Ramsay Bolton is capable of much more. 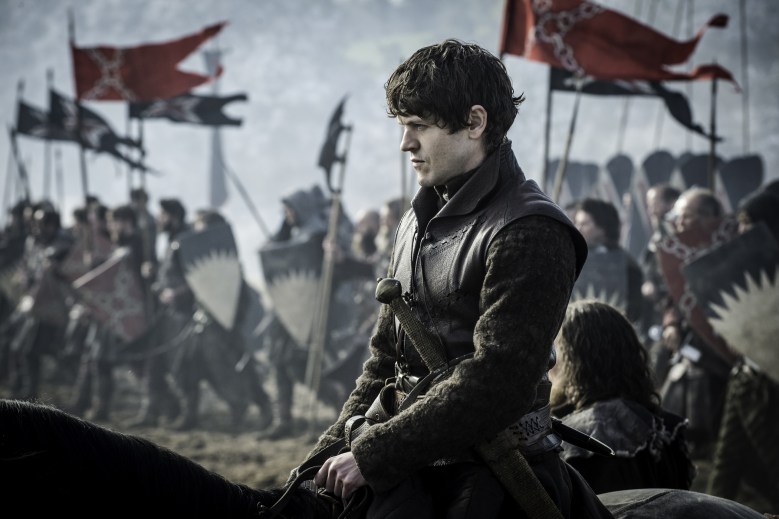 [Spoilers for “Game of Thrones” Season 6, Episode 9, “The Battle of Bastards,” below.]

When death is final on screen, one sad consequence is that an actor is out of work. And right now, one of the most talented actors on “Game of Thrones” is on the unemployment line — and he deserves more work, even if you might find it hard to forget the role he made unforgettable.

Ever since his introduction in Season 3, Ramsay Bolton (Iwan Rheon) has been a malevolent force of evil. While embued with a relatively common backstory for a young man of Westeros (thwarted son of a great lord hoping for greater power), Ramsay has committed crimes ranging from murder to castration to rape to flaying to patricide to baby murder and beyond, escalating to a point where he represents the worst impulses that might dwell in the human heart. (Presuming, of course, that Ramsay does have a heart — which is saying a lot.)

The end result was this Sunday, and one of the show’s most satisfying death scenes — a defeated Ramsay being eaten alive by the dogs he personally starved for seven days (and that he often used to torture other people), while Sansa Stark watches in triumph. The writing of the show has leaned perhaps a little too hard on glorying in Ramsay’s evil evilness, but Rheon also seemed to relish the role, and there was real catharsis found in his ending. Iwan Rheon in “Game of Thrones.”

What makes Rheon such a fascinating actor is the fact that while American audiences might only know (and revile) him from “Game of Thrones,” Rheon has a resume with an incredible amount of range to it.

For example, his “Thrones” work also overlapped with ITV/PBS’s “Vicious,” one of the weirdest shows on television. The multi-camera sitcom stars Sirs Derek Jacobi and Ian McKellan as longtime partners who live to bitch at each other and occasionally ogle their hot but somewhat dim upstairs neighbor. That neighbor is played by Rheon, who’s completely adorable as a bashful but well-meaning average bloke, reminiscient of Joey from “Friends,” except less of a womanizer and more a young man in search of love and family.

He’s also played more conventional roles in shows like the Netflix thriller “Residue” and British war drama “Our Girl.” But perhaps the ultimate Rheon character was also his breakout role, playing one of the superpowered youths of Channel 4’s “Misfits” (you can watch it stateside on Hulu). In the pilot, his Simon is initially set up as a bit of a creep (not helped by the fact that he’s a teenage boy with the power to become invisible, which he uses in ways you might anticipate), but Rheon makes sure that Simon’s isolation and loneliness feel authentic and grounded.

And then, in Season 2, Rheon gets a whole new angle to play when Simon’s future self travels back in time — and this new future Simon is a full-on superhero, handsome and confident. It’s one of the most unexpected but welcome transformations in recent memory, proving Rheon as someone with real leading man potential.

That said, right now Rheon has made a major splash on one of the world’s biggest TV shows — and it’s as an unredeemable monster. Given his abilities as a performer, especially his range between comedy and drama, for him to be typecast would be a real tragedy…

Rheon does have several roles on the horizon — but what shape those roles might take is unknown. In a New York Times profile earlier this year, he joked:

And he’s expressed his gratitude to fans for their ability to separate fiction from reality.

I’m very touched by all your lovely messages….and very glad people can differentiate me from the character. Thank you

Hopefully, the industry can do the same.

This Article is related to: Television and tagged Game of Thrones, Iwan Rheon, Misfits