It's an updated theme song so bad, you'll actually wonder if Sony is trying to be make diehard fans angry. 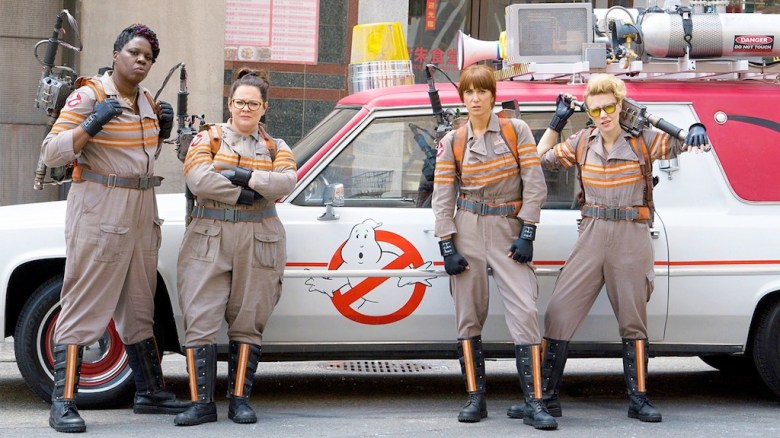 Paul Feig’s upcoming “Ghostbusters” reboot has been at the center of much unwarranted controversy due to its female cast, but a much more radical change from the original comedy hit has taken place that actually deserves major backlash. Behold the new “Ghostbusters” theme, which was released earlier this morning.

Recorded by Fall Out Boy and Missy Elliott, the new version is a major departure from the iconic theme, which was originally recorded by Ray Parker Jr. and spent three weeks at number one on the Billboard Hot 100 chart. The song earned an Oscar nomination as well.

Will Fall Out Boy and Missy Elliot’s rock n’ roll reboot find similar success? Definitely not. The original still has a hold on popular culture to this day, and the only shot the new theme has of doing the same is by being remembered as one of the worst theme remakes ever.

“Ghostbusters,” starring Kristen Wiig, Melissa McCarthy, Leslie Jones and Kate McKinnon, opens in theaters July 15. The theme is now available for purchase as part of the original soundtrack on  iTunes, Amazon and Google Play. Listen to the new version below.