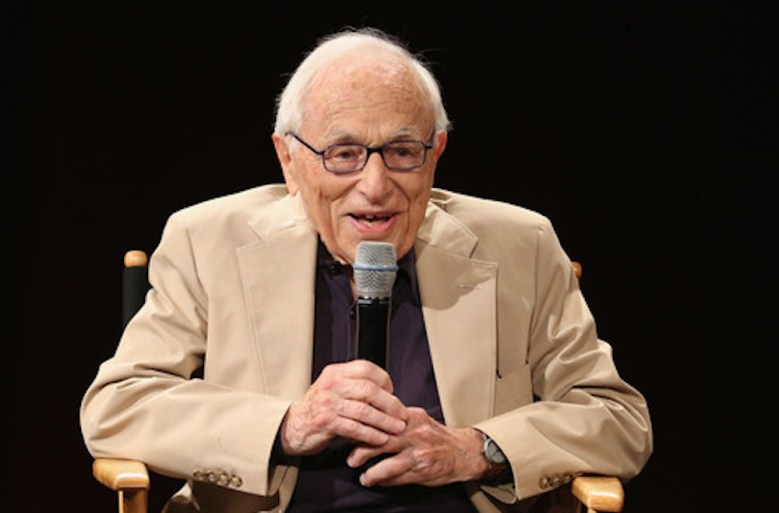 Legendary screenwriter Walter Bernstein is one of many writers who were blacklisted in Hollywood during the 1950’s on suspicions of communist leanings, but he was the first screenwriter to turn his experience of being banned from the industry into a movie.

Nearly 40 years before 2015’s “Trumbo,” about blacklisted screenwriter Dalton Trumbo, Columbia Pictures produced “The Front,” a comedy-drama written by Bernstein and directed by Martin Ritt. On Tuesday, the 96-year-old Bernstein discussed his experience of being blacklisted with Sony Pictures Classics Co-Founder Michael Barker following a screening of “The Front” in New York. The Academy of Motion Picture Arts & Sciences hosted the event as a part of its “Spotlight on Screenwriting” series.

Bernstein explained that his original idea for the film was a drama that would tell the story of blacklisted Hollywood talents, but it was only after switching to a comedy that Columbia Pictures got interested in project — if Bernstein and Ritt could attach a star actor. After offering the lead role to Woody Allen, who Bernstein and Ritt referred to “the funny kid,” Columbia green-lit the project.

“He made it possible,” Bernstein said, reffering to Allen. “I think it was the best acting he did.” In the film, Allen plays a cashier named Howard Prince who poses as a writer to help his blacklisted friends get their scripts bought and produced. Many of the cast and crew involved in the film had previously been blacklisted themselves, including Ritt and actor Zero Mostel.

Though Bernstein wasn’t credited for many scripts he wrote during a nearly 10-year period, he explained that the ban on suspected communist sympathizers was much harder for blacklisted actors and directors than it was for writers.

“They had to show their faces and we didn’t,” Bernstein said. “We’d get away with it with fronts.” To earn a living after being blacklisted, Bernstein had several people submit his scripts under their own name, some of whom did so for money, others for friendship, and some just on the principle that the way Hollywood was blocking suspected communists from doing their work was wrong. After nearly a decade on the blacklist, Bernstein was able to once again put his own name on his scripts thanks in part to director Sidney Lumet, who directed the 1959 Sophia Loren film  “That Kind of Woman,” which Bernstein wrote. “The producer didn’t know who I was and he just took Sidney’s word and I started writing under my own name [again],” Bernstein said.

Asked about his feelings looking back on the era of Hollywood’s blacklist, Bernstein joked that he didn’t remember it “fondly,” but did admit that there were aspects of the time period that he missed. “There was a camaraderie,” Bernstein said. “If someone needed a job, we tried to help them.”

Though Hollywood’s blacklist attracted tons of media attention for the anti-left movement, Bernstein noted that the practice of blacklisting people wasn’t primarily about the entertainment business. “They were much more interested in breaking the left wing,” Bernstein said. “We just got them to have their picture on the front page.”

This Article is related to: News and tagged Michael Barker, Woody Allen