Filmmaker Cameron Miller-DeSart explains how shooting a series of short films in an hour recharged his creativity and passion for film. 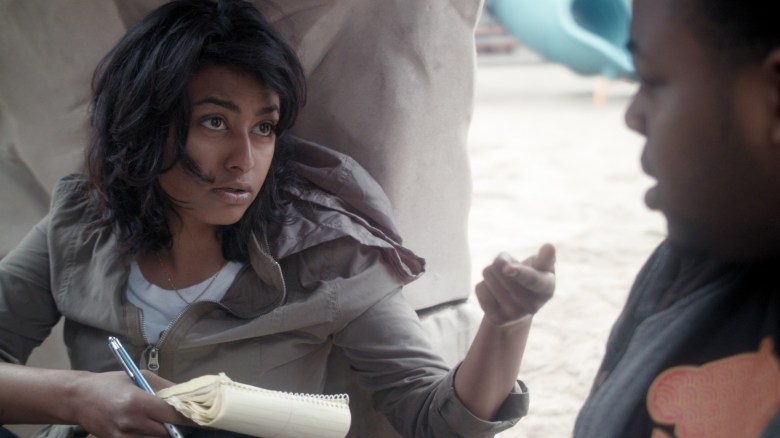 Editor’s Note: For the last year, Cameron Miller-DeSart, a Los Angeles-based DIY filmmaker and founder of Photon Harvest Productions, has been challenging himself to make shorts that he can shoot in 60 minutes or less. What started off as an exercise born of frustration with the resources it took to make films soon started to produce quality films that attracted top acting talent. We asked Miller-DeSart to reflect on his unique process and how it rekindled creative juices and made him a better filmmaker.

READ MORE: Takeaway Scenes – Kick-Ass Shorts Done in One Take, With No Lights, Made by Anonymous Filmmakers

There’s a familiar itch that any filmmaker can relate to after going too long between projects. That desperate urge to create. With most other artists you can simply practice your passion, but with film being a team sport, it’s much more difficult. It takes time, money and a crew with just as much passion as you. I used Kickstarter to raise funds for my previous projects. and while I know crowdfunding works well for others, I hated begging for cash and didn’t want to do it every time I wanted to tell a story. But I still wanted to create.

Seven months ago, I challenged myself to see if I could shoot a short film in an hour. I wanted to see if I could strip away all the things that were keeping me from making films and create a situation where for a concentrated hour I could simply create. For my first three one-hour shorts, I scripted out my idea, removing potential time sucking obstacles like dialogue and complicated plot, and built an element of control into the process so that it’d be possible to complete production in 60 minutes. The result was exciting. My small team and I were on the same page and I was extremely focused, not weighed down by the ball balancing act of making a movie.

And the craziest part? The movies didn’t completely suck.

We made our first three one-hour shorts with zero money and a tiny group of people generous enough to share their time and talent. For the fourth film, I branched out and decided to add a creative risk and open up my one hour process. “Depression” is about the personification of the actual disease and a corporeal confrontation with it. It was an ambitious move to paint such a serious picture, but we felt we were ready to open things up and let loose our creativity. The film relied on trusting actors as collaborators and finding a way to make the scene work. Collaborating with actors in this way is a huge aspect of what I love about directing and what I believe leads to compelling work, but introducing this to the one-hour process was yet another leap of faith.

While making “Depression,” I also embraced the flaws of filmmaking inherent in working with limited resources. There are so many films that strive for technical perfection, but mean nothing because they lack a heartbeat. With this fourth one-hour short, I started to rekindle my creative spirit and excitement for filmmaking that I had when I was in college.

At this point, we were making some decent films with next to no resources, so I decided to push my tight-knit crew and shoot in some tricky environments. We went to downtown Santa Monica and hit four specific locations in chronological order with continuity in wardrobe and hair/makeup to deliver the effect of a passage of time. This was tough with the time constraint and forced us to previsualize like crazy. That’s not to say we built 3D renderings of our environments, but we did have to know where each cut was and shoot sparingly. The most important thing isn’t coming in under the clock, but to accept conditions and mistakes and to learn how to use them as tools as opposed to excuses.

This exercise is where I started to realize that I was really honing my directing skills. Having to know exactly when I would need to edit and how to cover the scenes to accommodate this crazy schedule I started to see the visual economy I was developing. That’s not to say there wasn’t the occasional deviation when something special caught my eye, but in the age where digital cameras are just about the only way to tell a story without a massive budget, we (and, yes, I’m guilty of it too) tend to shoot way more than what we need. It’s easy to become lazy, but the one-hour shorts were an important exercise to get my filmmaking muscles in shape.

The more films we shot the more we realized how eager people were to be a part of this. Quality actors were coming to us interested in being a part of our productions, and for good reason. All they have to do is devote about an hour of their day to us, and in return we give them a performance that looks decent and that they can be proud of. With the promise of a very fast shoot in return for quality material in a stress free environment, we managed to book the incredibly talented Jeremy Glazer and Academy Award winner Jim Rash for our seventh film, “Kidnapped.”

READ MORE: What Is the Key to Writing a Good Short Film Script?

We learned something pretty incredible on this one. Every actor yearns to go outside their box and perform a piece that people might not expect falls within their range. At least, the good ones do. Many actors are pigeon holed into performing something that others want to see from them. These short films were an excellent way to allow freedom to the actor to explore what they’re passionate about in a safe, and largely repercussion free environment. So not only is the opportunity for a quick and easy shoot attractive for actors of higher notoriety, they’re also given a chance to flex their acting muscles and go outside the box.

I think the biggest surprise from this entire experience was just how carefree the sets would become. That isn’t to say that we didn’t care about the story we were telling. It was as though the often vilified process of shooting a film had become a fun group activity. Like the actors, my crew enjoyed being focused on a creative team project for a concentrated period of time. It was just fun and something to look forward to.

Our latest film, “Dinner and a Question,” consisted of some of our closest friends who happen to either act, write or shoot film. The entire cast and crew met up, made some dinner, drank some wine, and why the hell not, shot a short film. And this, I think, is key. When you can turn the labour of love into a celebration, you’re tapping into something that will not only make your films better, but will make you want to tell stories more often. And I don’t think that can be understated.

This Article is related to: Toolkit and tagged Filmmaker Toolkit: Production, Short Film