The Emmy-nominated series is back with "la la la's" and gut-busting laughs in its Season 8 trailer, featuring John Oliver, Judd Apatow and more. 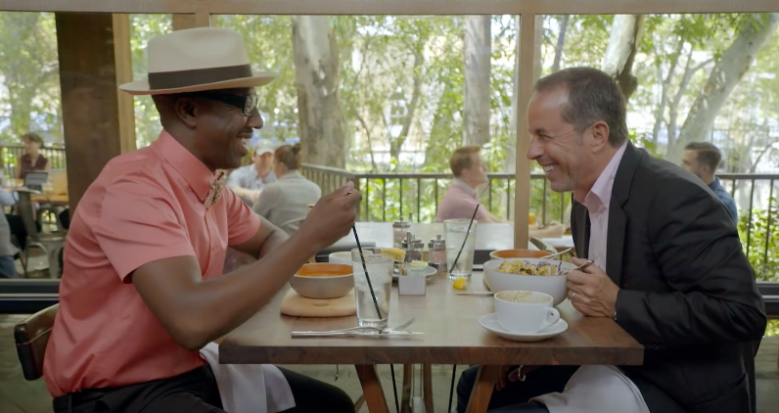 The simpler concepts always end up the funniest. Jerry Seinfeld’s “Comedians in Cars Getting Coffee,” however, has never entirely been about the cars or the coffee, but, even more simply, it’s about two very, very funny people having conversations. And with this show pushing down on the gas pedal, it seems like Jerry will never leave our side and never stop making us laugh. Our glimpse into his next round of drives in ridiculous classic cars has just arrived in the Season 8 trailer.

READ MORE: Watch: Obama Rides in a Car and Gets Coffee With Jerry Seinfeld

Crackle highlights the “la la la’s” and the “aha moments” in a rapid fire succession of what we can expect to be only appetizer jokes, which will come from comedienne Margaret Cho, “SNL” creator Lorne Michaels, stand-up comic Jim Gaffigan, “Last Week Tonight” host John Oliver, actor JB Smoove and writer/producer Judd Apatow. The web series has been nominated for two Short-Format Nonfiction awards at the Emmys and has even won two Outstanding Digital Series awards from the Producers Guild. The only thing that’s missing is a funky bass intro.

Check out the trailer to the hit web series below. “Comedians in Cars Getting Coffee” starts June 16 and can be seen at crackle.com.