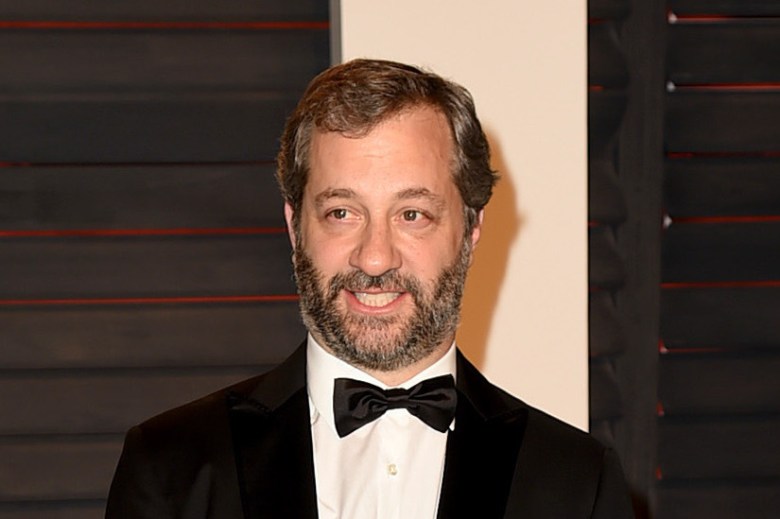 Judd Apatow has an explanation for the internet chatter predicting Paul Feig’s “Ghostbusters” reboot will be a disappointment.

“I would assume there’s a very large crossover of people who are doubtful Ghostbusters will be great and people excited about the Donald Trump candidacy,” Apatow told Uproxx. “I would assume they are the exact same people.” Though a recent trailer for the film has led some to expect an underwhelming movie, Apatow said his reasoning for expecting a great comedy is simple.

“That movie is made by the great Paul Feig and stars the funniest people on Earth, so I couldn’t be more excited,” he said. “I think people have paid too much attention to just some angry trolls, and it will be judged on its own greatness.” “Ghostbusters” stars “Saturday Night Live” alum and “Bridesmaids” writer-actress Kristen Wiig, “The Boss” star Melissa McCarthy, and current SNL cast members Kate McKinnon and Leslie Jones.

Like much of the negativity on the internet, Apatow said the recent wave of anti-“Ghostbusters” sentiment isn’t worth the attention it’s being given. “It’s not like anybody really cares about a couple of idiots who hold onto the idea that things never evolve,” he said.

While not every reboot of a classic film should be embraced, according to Apatow, there is value in remaking certain films when the proper care is taken.

“[W]e have our past, and if you can come up with a new, cool way to do something, then that’s exciting and hopefully it will make a lot of people happy.”

This Article is related to: News and tagged Donald Trump, Ghostbusters, Judd Apatow