Andrews will lead a troupe of kid puppets who learn about the performing arts. 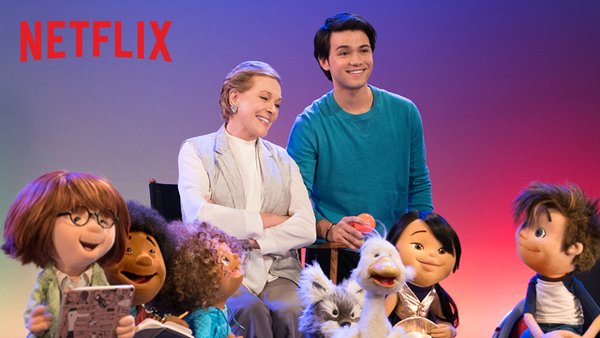 Julie Andrews is returning to the screen with a new live-action children’s series for Netflix, “Julie’s Greenroom.”

The 13-episode 30-minute show from the Jim Henson Company, will feature a group of puppets called the Greenies, who learn about the performing arts with Andrews as Ms. Julie, the director of the Wellspring Center for the Performing Arts. She will also have her assistant Gus (Giullian Yao Gioiello) to help the diverse groups of kid puppets create their own show over the course of the season.

Andrews created the series with her daughter Emma Walton Hamilton and Judy Rlothman-Rofe, and is serving as executive producer along with Hamilton and Steve Sauer.

“This project represents the fulfillment of a long held dream to educate children about the wonder of the arts. I am thrilled to be partnering with my daughter and long time coauthor, Emma, to bring this show to life along with our co-creator, Judy Rothman-Rofe,” Andrews said in a statement. “We could not be more honored to be working with the extraordinary Jim Henson Company. We are equally delighted to be premiering as a Netflix original production.”

Lisa Henson and Halle Stanford serving as executive producers for the The Jim Henson Company. Joey Mazzarino is co-producer and director, Tom Keniston is producer and Bill Sherman will serve as the series’ composer.

This Article is related to: Television and tagged Julie Andrews, Netflix