On the "How Are You Thinking About" podcast, the filmmaker talks about the value of creating a story and how he's dealt with his depression. 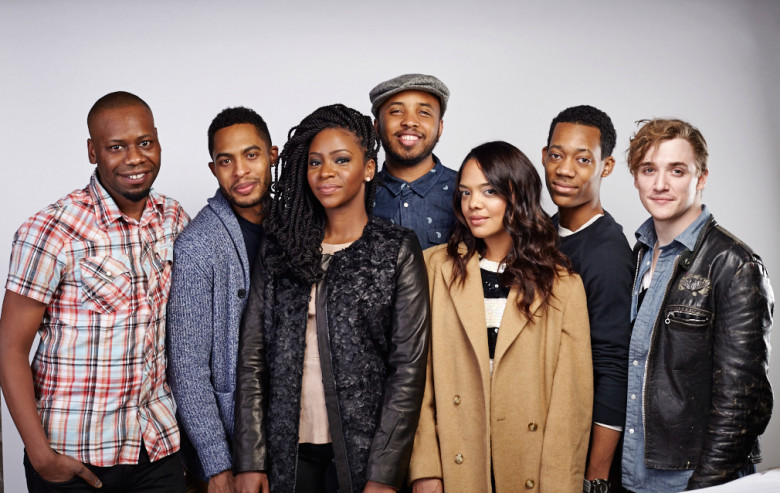 Justin Simien and the cast of “Dear White People”

Earlier this week, “Dear White People” filmmaker Justin Simien sat down with Igor Hiller for a new episode of the “How Are You Thinking About” podcast, resulting in a two-hour interview that discusses the writer/director’s many transitions throughout his still-burgeoning career. The philosophical conversation takes on an intimate feeling when Simien discusses his long-standing battle with depression, which plagued his attitude toward the rising success of “Dear White People,” and his self-imposed duty to offer identification through stories.

Read from the interview and listen to the whole thing below.

Simien says that the moves he made in his personal and professional life were largely due to combatting depression he thought stemmed from lack of success.

“I thought I was depressed because I wasn’t a writer/director,” said Simien. “I moved into a space where I’m a writer/director, my movie is a hit at Sundance, I have a wonderful loving boyfriend, and wow, I have financial stability. Why can’t I get out of bed still? It made it even worse, because there’s nothing else I want. This is what I’m born to do. I’m living my purpose, I’m paying my rent, what’s missing?”

Eventually, Simien reached a point where his film was receiving overwhelming attention on the festival circuit, but he found that he couldn’t listen to it or appreciate it.

“I was a f**king wreck in Sundance,” said Simien. “I was riddled with anxiety – ‘are we going to sell? will the release go well? will we get good reviews? will we play in this city or that city?’ That’s when I had an epiphany [that] I’m feeling this feeling no matter what. This hole is never going to be filed by anything.” Simien also discussed the reasons he put the character of social outcast Lionel in “Dear White People,” and how the effusive response to the character just might save lives.

“If [Lionel] character existed in the world, that would’ve completely transformed the way I saw myself,” said Simien. “I remember distinctly not seeing myself. I didn’t see myself in black culture, white culture, mass culture. Growing up the only black gay male I can think of is RuPaul, but that wasn’t necessarily reflective of me as 10. Shows like ‘Empire’… one of the most profound powerful things is that there’s a gay male character who is loved. That character is going to save a lot of people’s lives. Black families are confronting the idea that a gay black character can be human.”

Simien is now getting the chance to work with real-life Lionels on his upcoming Netflix show, those who might not have previously come out for his sort of work. “So many awkward black dudes came into interview for writers’ assistant gigs and I’m like, ‘so that’s where you’ve been!'”

There’s plenty more jammed into this talk, including his fondness for Buddhism, a lifelong desire to sell stories visually and his desire to put opposing voices in the writers room for Netflix’s “Dear White People.” Whether or not he’s behind the camera, Simien is funny, and a philosophical and genuine voice to hear.