The film will compete East of the West section in the 51st Karlovy Vary International Film Festival, which runs from July 1st through July 9th. 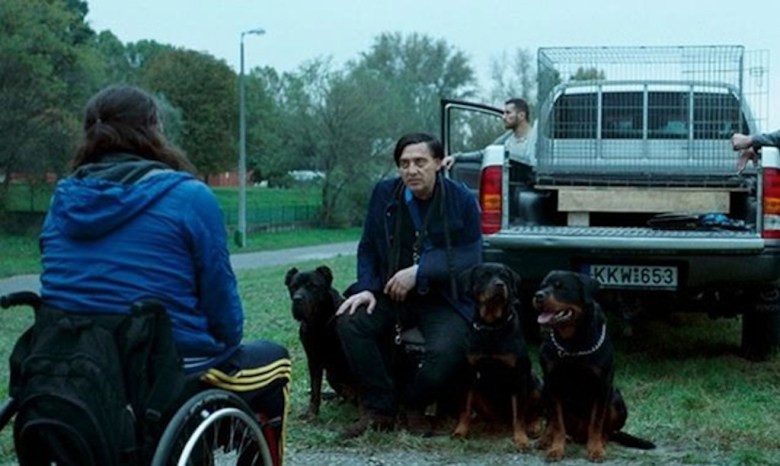 The Hungarian comedy-thriller “Kills On Wheels” follows 20-year-old wheelchair user Zoli (Fenyvesi Zoltán) and his physically disabled friend Barba Papa (Fekete Ádám) as they team up with wheelchair-bound hit man Rupaszov (Thuróczy Szabolcs) to offer their assassin services to the mafia. Soon, they enter a surreal world of gangsters and guns, all the while coming to terms with their respective disabilities and how best to cope with them. Watch the trailer for the film above.

“Kills On Wheels” is directed by Attila Till, who was inspired to make the film after volunteering with the disabled, saying that it was crucial for him “to make a movie about disabled people where they finally aren’t played by actors but get the opportunity to act themselves and be the real heroes.” He previously directed the feature film “Panic,” about an ensemble cast of characters who all suffer from panic attacks. He also shot a short film “Beast,” about modern-day slavery, that premiered during the 2011 Cannes’ Directors’ Fornight and toured over 100 festivals. The film is produced by Krisztina Pintér, Gábor Rajna, Gábor Sipos, Judit Stalter, all of whom produced László Nemes “Son of Saul,” which won the Oscar for Best Foreign Language Film last year.

“Kills On Wheels” will compete in the East of the West section in the 51st Karlovy Vary International Film Festival, which runs from July 1st through 9th this year. The film is represented for sales and festivals by the Hungarian National Film Fund.

This Article is related to: News and tagged Hungary, Son of Saul