"Sons of Anarchy" star Mark Boone Junior reunites with Marilyn Manson, who previously had a recurring role on "Sons." 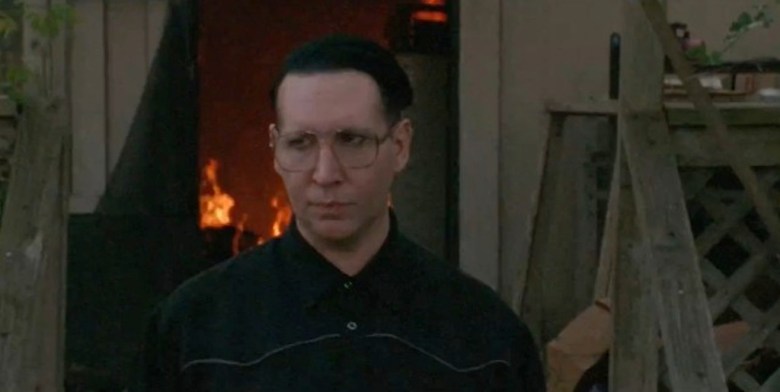 “Let Me Make You a Martyr”

Marilyn Manson is best known as the frontman of the Marilyn Manson band, whose music garnered much controversy from politicians and the public for their nihilistic lyrics, graphic imagery, and provocative statements. Manson got tied up in the aftermath of the deadly Columbine shooting when he was blamed by politicians and the media for inciting the violence with his music. Manson has appeared in many films including David Lynch’s “Lost Highway,” Michael Moore’s “Bowling For Columbine,” in which he discussed the media’s interest in scapegoating rather than focusing on broader societal issues, and a recurring role on FX’s “Sons of Anarchy.”

Mark Boone Junior is best known for his role on “Sons of Anarchy,” along with his performances in Christopher Nolan’s “Memento” and “Batman Begins,” Terrence Malick’s “The Thin Red Line,” and David Fincher’s “Seven.” He will soon appear in Nate Parker’s “The Birth of a Nation,” about Nat Turner, the leader of a slave rebellion in Southampton County, Virginia in 1831.

“Let Me Make You a Martyr” will premiere at Fantasia Film Festival in Montreal next month. Manson will be in attendance.

This Article is related to: News and tagged Marilyn Manson