At the Los Angeles Film Festival, a panel of top-ranked cinematographers reveal what it took to break through in a man's world. 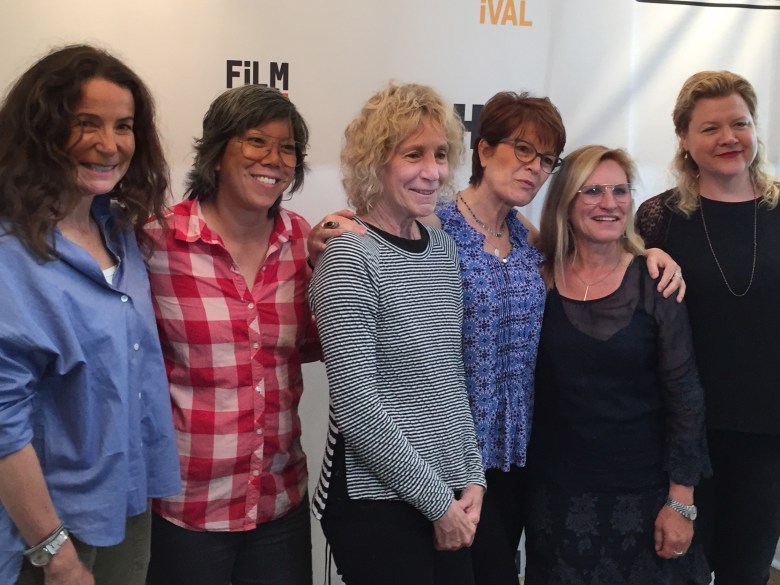 What does it take to succeed in a man’s world? A Los Angeles Film Festival panel of women cinematographers ivealed what it took to make it to the top of a competitive industry.

1. A shot of LSD. Cinema verite shooter Joan Churchill (“Last Days in Vietnam”) started out by recovering from an eight-hour acid trip, she admitted, to shoot some of the most iconic images from the Rolling Stones Altamont doc, “Gimme Shelter.” That led to the assignment of shooting the Louds in PBS’s “An American Family.” A documentary cameraperson, often working with a hand-held camera and natural light, has to have “people skills,” she said. “You have to be interested in your subjects.” When she moved to London, she couldn’t get work until she joined the ASC—and became its first woman member. Her membership card read: “Lady Cameraman.” 2. Read and reread the script. French-born Maryse Alberti won a 1990 Sundance prize for her first doc “H-2 Worker.” She uses very different skills when shooting an Alex Gibney doc, where she relies on reactive instinct, than the more intellectual planning of a narrative film like Todd Haynes’ “Velvet Goldmine,” Ryan Coogler’s “Creed,” or Darren Aronofsky’s “The Wrestler,” which requires that “when you go into a room, you know where to put the camera,” she said. “In the world of features, you learn to tell a story by controlling the camera.” And you read the script over and over, she said. “You are there to help and to serve.”

3. Take meticulous notes. Australian Mandy Walker started as a teenage clapper loader at a TV station and worked her way up through the camera department, shooting her first feature at age 25. She proved herself with Baz Luhrmann on Chanel No. 5 commercials before shooting his $120 million Hollywood epic “Australia.” For the climactic scene, she took exhaustive notes on exposures and photos of what she shot on location in order to match the close-ups shot on set six months later. 4. Keep in touch with reality. Amy Vincent (“Hustle & Flow,” “Eve’s Bayou”) worked her way up from an intern at Warner Bros. the old-fashioned way, from loader to camera assistant to director of photography. “They never raised my gender as an issue,” she said. Her job is to balance the vision of the director with the reality of the shooting schedule. “I’m the holder of the key,” she said, of reconciling budgets and schedules.

5. Solve the problem. “So much of it is problem solving in the moment,” said Tami Reiker (HBO’s “Carnivale”). “The closer you are to the director, the more you’re in this fight together, the more you can throw out suggestions that will work for the film.” Women directors hired her on her first three films, including Lisa Cholodenko, whose “High Art” was her breakout. “Women helped me by passing my name around,” she said. “It seems to continue that way.”

6. Let them know who’s in charge. Alberti lets her largely white male camera crews know who’s boss. “I still feel every day like I have to put on my warrior uniform,” she admitted. “You have to get respect. There is still a bit of the boys’ club; that’s something you have to deal with.”

7. Pay it forward. Vincent hopes that the numbers of women behind the lens will improve as there is increased media attention on gender equality and diversity. It’s not hard doing the job, she said. “Getting the jobs has been a challenge, as women aren’t getting the same opportunities for being considered.” Now Vincent balances her shooting life with her teaching life as she tries to “pay it forward. I’m grateful to those who did it for me. Each one of us is taking forward another woman or person of color, an unheard voice so that other voices can be heard. Eventually we will not be referred to as women, just cinematographers.”