In this week's episode of the web comedy, the politically incorrect stand-up comedian gets a "do-over" of a stand-up set gone awry. 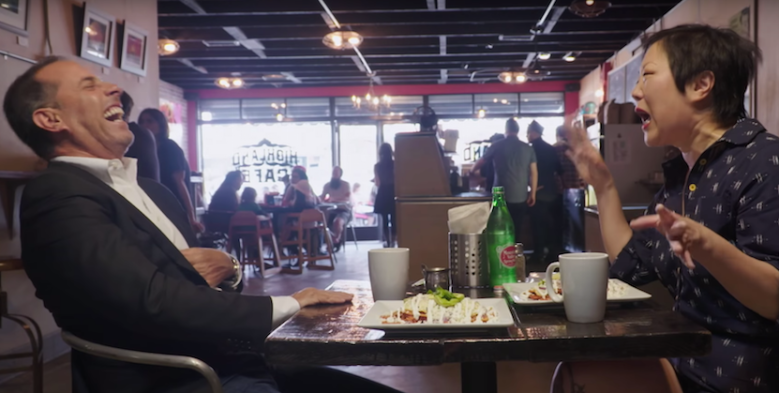 “Comedians in Cars Getting Coffee”

Crackle has released a teaser clip of the next episode of “Comedians in Cars Getting Coffee,” a runaway hit for the online content distributor.

In the passenger’s seat this week is Margaret Cho, your friendly neighborhood radical feminist, and politically incorrect comedian. Cho is known for speaking her mind and ignoring the critics, so this episode will surely be a doozy. The sneak peek features Cho doing her signature Korean accent, a caricature for which the Korean-American comedian has come under fire. Her parody of Kim Jong Il on “30 Rock,” which earned her an Emmy nomination, was criticized as minstrelsy by Time Magazine.

Luckily for Cho, Jerry Seinfeld’s car is a judgment-free zone, where she can mimic her people all she wants.

The episode has an interesting twist, with Cho getting a second shot at a stand-up set that went awry. Seinfeld assembles the same audience from the supposedly disastrous show, even taking comments. With her ardent political views and dirty mouth, it’s not surprising that Cho would occasionally ruffle some feathers. Seinfeld’s feathers, however, are downright tickled.

Margaret Cho appears on “Comedians in Cars Getting Coffee” on Thursday, June 23. Watch the full episode on Crackle.

This Article is related to: News and tagged Comedians in Cars Getting Coffee, Jerry Seinfeld, Margaret Cho