As broadcasters refocus on their core Boomer and Gen X viewers, they're taking a few digs at the Millennial crowd. 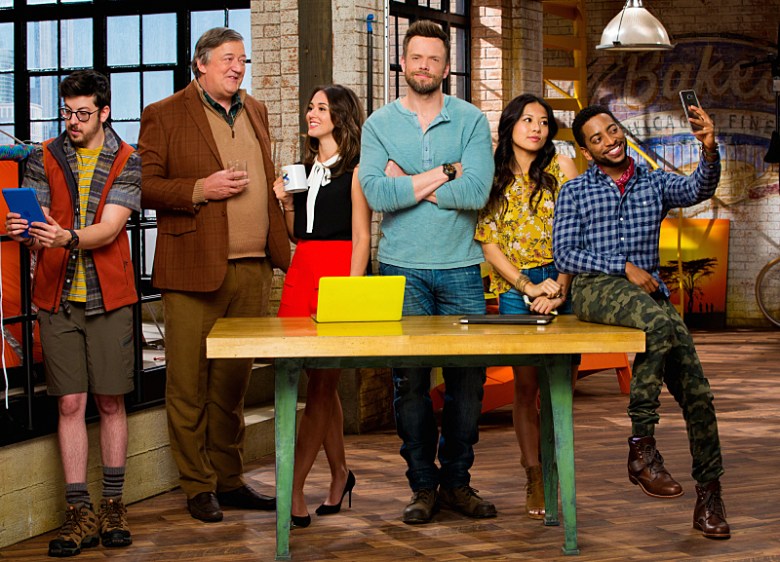 Joel McHale and cast of “The Great Indoors”

Jimmy Kimmel has a few choice words for the Millennial generation. Speaking last month at ABC’s upfronts presentation to advertisers, he dished some serious snark: “Are we really going to let these vaping, Snapchatting, music-stealing little fuckers determine how we do business?” he quipped.

Sorry, Millennials, but next year, the answer appears to be “no.” You may be the darlings of the digital world, but your erratic TV habits are cramping the networks’ style. And they’re taking you on, even offering up swipes at your demo while showcasing their new lineups.

Advertisers crave young audiences, but Millennials aren’t watching linear broadcast TV the way their forefathers did. That would be a bigger problem, if the networks weren’t still licking their lips at the promise of a robust $9 billion advertising marketplace next season.

READ MORE: ‘MacGyver,’ Matt LeBlanc and ‘Chicago’ Everything: 7 Reasons the Networks Are Acting Like Networks Again

Meanwhile, CBS CEO Leslie Moonves says the “bloom is off the rose” for digital platforms, the ones embraced by the younger generation. Fox sales chief Toby Byrne even coined a derogatory phrase for digital programming: “Sub-prime.”

That’s part of the reason the broadcasters are going back to basics next year, programming more mainstream fare that targets their core, older constituencies. In other words, Millennials, they don’t need you (yet).

If there’s one unsung victor in primetime next fall, it’s the oft-forgotten Generation X. That’s right, the fortysomethings once known as slackers — squeezed between self-entitled Baby Boomers and, uh, self-entitled Millennials — are having a moment. Even as oldsters still refuse to relinquish their stranglehold on primetime (looking at you, “NCIS”), and youngers remain elusive to advertisers, next year’s primetime schedules seem tailor-made for audiences that grew up in the 1980s and 1990s. For starters, TV’s remake mania centers on titles that Gen X-ers grew up on (and Millennials didn’t live through): Shows like Fox’s “Lethal Weapon” and “The Exorcist,” and CBS’ “MacGyver.” As Kimmel joked: “All your favorite VHS tapes are now becoming shows.” (Yeah, that’s a joke only the over-30 media buyers got.)

On the unscripted front, next fall’s edition of “Survivor” will tackle the generational war head-on, with an edition pitting Generation X vs. Millennial contestants. George Eads and Lucas Till, “MacGyver”

Of course, that’s partly because X-ers are now running most of the networks, including new entertainment presidents Channing Dungey (ABC) and Glenn Geller. And key TV producers like Shonda Rhimes and Greg Berlanti hail from the generation.

McHale’s CBS sitcom even tackles this subject with its premise: He plays an adventure reporter who returns to a desk job, and struggles with being a fish out of water as he’s surrounded by Millennials. Jokes “The Great Indoors” executive producer Mike Gibbons: “I hate Millennials!”

Gibbons, whose credits include “Tosh.0” and “The Late Late Show with James Corden,” created the show based on his own experience running writers’ rooms filled with twentysomethings.

“I’m the head writer at ‘Late Late Show with James Corden’ and created ‘Tosh.0,’ so I’ve had these things that skewed really young,” Gibbons said. “The genesis of this idea came from our writers’ assistant. He put the lunch order in, and I told him I owed him some money. I reached for my wallet, and he went, ‘ugh.’ I told him, ‘I’m not going to write you a check! What’s ugh? I’m going to give you cash!’ And he went, ‘ugh’ again. Cash is ‘ugh’? I took out my wallet and he said, ‘Oh, that’s nice, you got pictures of your grandkids in there?'”

Gibbons said he believed technology has created such a large generation gap so quickly. “If you blink, you’re behind,” he said. “This is the shortest generation gap I’ve ever seen. Tops, seven years. If you had been in a coma and woke up, you’d be startled. People pay each other with their phones?”

And for members of Generation X, “there are constant reminders everywhere of how old we are.” That culture clash looks to perhaps play out even on “Lethal Weapon” and “MacGyver,” both of which pair an experienced Gen X character with a younger, vibrant Millennial.

Nonetheless, it’s a generation that still watches TV the way their parents did: On a TV. “According to the Millennials, they don’t watch TV on anyone’s term except their own,” Gibbons said. “And certainly not broadcast if you ask them. Gen X-ers definitely have more money despite being a minority in the workplace. We’re still young enough to be a part of a coveted demo [18-49]. I think what [the networks] are tapping into is a little bit of an Gen X-er energy and, dare I say, resentment of Millennials.”

This Article is related to: Television and tagged TV Networks