We've gathered all of the week's new releases in one place. Which ones will you see? 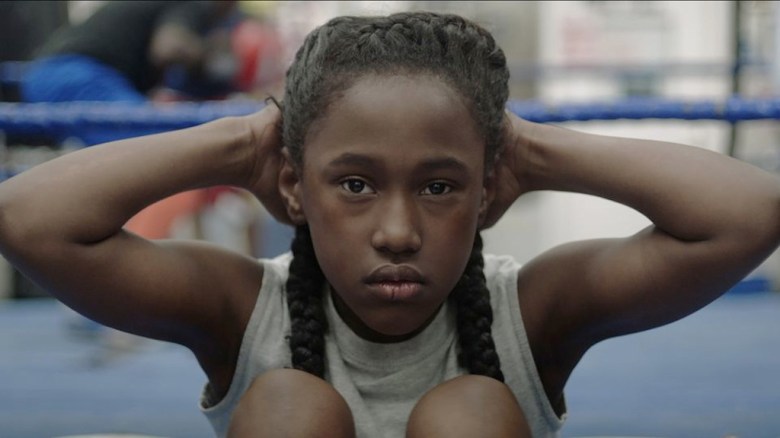 SEE MORE: Here Are All the Upcoming Movies in Theaters for June 2016

Here are the films opening theatrically in the U.S. the week of Friday, June 3. All synopses provided by distributor unless listed otherwise.

Me Before You
Director: Thea Sharrock
Cast: Emilia Clarke, Sam Claflin, Janet McTeer, Charles Dance, Brendan Coyle, Jenna Coleman, Steve Peacocke, Lily Travers, Matthew Lewis, Vanessa Kirby
Synopsis: “A small town girl is caught between dead-end jobs. A high-profile, successful man becomes wheelchair bound following an accident. The man decides his life is not worth living until the girl is hired for six months to be his new caretaker. Worlds apart and trapped together by circumstance, the two get off to a rocky start. But the girl becomes determined to prove to the man that life is worth living and as they embark on a series of adventures together, each finds their world changing in ways neither of them could begin to imagine.”

Art Bastard
Director: Victor Kanefsky
Synopsis: “What is art and how does it relate to society? Is its value determined by its popularity or originality? Is the goal profit or expressing one’s personal vision? These are some of the questions raised as we follow fiercely independent New York artist Robert Cenedella in his artistic journey through decades of struggling for creative expression. A student, protégé and friend of German artist George Grosz, Cenedella is now passing on the legacy of Grosz’s approach to art, in the very same room where Grosz taught. In portraying Cenedella’s determination to buck the system of what’s popular while critiquing that popularity in his attempt to turn the art world upside down, ‘Art Bastard’ is a funny, touching, and insightful look inside the maverick mind of a true original.”
Theatrical Release: New York (opens in Los Angeles on June 17th)

Chasing Yesterday
Director: Joseph Pernice
Cast: Eric Nelson, Josh Flitter, Courtney Baxter, Adam LeFevre, David A. Gregory, Blanche Baker, Steve Schirripa
Synopsis: “A coming of age story about a washed up twenty something year old, the onetime hometown hero and track star, who is convinced by a local sweetheart to run a marathon and get his life back on track.”
Theatrical Release: New York

The Final Master
Director: Haofeng Xu
Cast: Liao Fan, Song Jia, Jiang Wenli, Jin Shi-Jye, Yang Song, Huang Jue
Synopsis: “The last torchbearer of Wing-Chun seeking to pass down his art is caught in a power struggle with local officials and must choose between what is right and what is expected in order to fulfill his destiny.”
Theatrical Release: New York and Los Angeles, Boston, New Jersey and Washington, DC

The Fits
Director: Anna Rose Holmer
Cast: Royalty Hightower, Alexis Neblett, Da’Sean Minor, Lauren Gibson, Makyla Burnam, Inayah Rodgers
Synopsis: “Toni, an 11-year-old tomboy, trains as a boxer with her brother at a rec center in Cincinnati’s West End, but becomes fascinated by the dance drill team that also practices there. Drawn to their strength and confidence, Toni eventually joins the group, tirelessly rehearsing the routines, befriending some of the girls, and even piercing her ears to fit in. But when members of the tight-knit group start experiencing mysterious fits of shaking and fainting, Toni’s desire for acceptance becomes complicated.” [Sundance Film Festival]
Criticwire Grade Average: A- (6 reviews)
Theatrical Release: New York (opens in Los Angeles on June 10th)

The God Cells
Director: Eric Merola
Synopsis: “Stem Cell research and therapy have been growing at a rapid rate over the past 15 years. Scientific advances coupled with consumer demand has proven that stem cell therapy is the wave of the future, and is poised to change the face of medicine. ‘The God Cells’ takes the audience on a journey by following those who are seeking fetal stem cell therapy abroad—while avoiding these seemingly insurmountable roadblocks at home.”
Theatrical Release: New York (opens in Los Angeles on June 10th)

Gurukulam (One Without a Second)
Directors: Neil Dalal & Jillian Elizabeth
Synopsis: “Set at an ashram in a remote forest in Tamil Nadu, India, Gurukulam (meaning: family of the teacher; traditional place of study) follows a French Muslim businessman, an American psychology professor, a Japanese Yoga teacher, and a young South Indian Brahmin, as they study the ancient practice of Advaita Vedānta, the Hindu tradition of non-duality and one of the philosophical roots of the Yoga movement, as taught by Swami Dayananda Saraswati, spiritual Guru of Indian prime minister Narendra Modi and one of the few remaining traditional teachers of Vedānta.”
Theatrical Release: New York (opens in Los Angeles on June 10th)

Honeyglue
Director: James Bird
Cast: Adriana Mather, Zach Villa, Christopher Heyerdahl, Jessica Tuck, Booboo Stewart, Amanda Plummer
Synopsis: “After learning that she has three months left to live, Morgan turns her protected middle class life upside down. That’s when she meets Jordan, a rebellious, gender-defying artist and together they embark on an adventure of a lifetime. With a hand-held camera, the pair document their time together, creating a lasting record of what and who really matters in life.”
Theatrical Release: New York (opens in Los Angeles on June 10th)

It’s So Easy and Other Lies
Director: Christopher Duddy
Synopsis: “Based on his New York Times best-selling memoir and featuring exclusive archival footage, this authorized music documentary chronicles the incredible life of Duff McKagan – founding member and bass player for Guns N’ Roses, Velvet Revolver and other bands. While Guns N’ Roses became the ultimate icons of Sex, Drugs and Rock and Roll, causing pandemonium in their wake, the lifestyle caught up with Duff, leaving him close to death. Follow Duff’s journey through interviews with many of the people who took this wild ride, including a constellation of rock stars who rose to fame alongside him, and the people who inspired him to overcome his addictions and transform his life.”
Theatrical Release: Los Angeles

The President
Director: Mohsen Makhmalbaf
Cast: Mikheil Gomiashvili, Dachi Orvelashvili, Tornike Bziava
Synopsis: “The story of a dictator of an imaginary country in the Caucasus, who is forced to escape following a coup d’état, and begins a journey to discover his country in the company of his five-year-old grandson. The two travel across the lands that the President once governed. Now, disguised as a street musician to avoid being recognized, the former dictator comes into contact with his people, which he comes to know from a different point of view.”
Theatrical Release: New York (opens in Los Angeles on June 10th)

The Thoughts That We Once Had
Director: Thom Andersen
Synopsis: “One of America’s foremost practitioners of the essay film presents a major new work inspired by the writings  of Gilles Deleuze on cinema. Andersen’s The Thoughts That Once We Had is a richly layered journey through cinematic history, masterfully edited as it playfully moves across decades and genres, and suffused at every turn by the renowned filmmaker and critic’s lifelong passion for the movies.”
Theatrical Release: Los Angeles

The Wailing
Director: Na Hong-Jin
Cast: Kwak Do-Won, Hwang Jeong-Min, Jun Kunimura, Chun Woo-hee
Synopsis: “The arrival of a mysterious stranger in a quiet rural village causes suspicion amongst the villagers- but as they begin killing each other for no apparent reason, that suspicion turns to panic. When the daughter of the investigating officer falls under the same savage spell, he calls in a shaman to assist in finding the culprit.”
Theatrical Release: Various (including New York and Los Angeles, Boston, Chicago, Dallas, Denver, Houston, Philadelphia, San Diego, San Francisco and Seattle)

The Witness
Director: James Solomon
Synopsis: “A brother’s journey to unravel the truth about the mythic death and little known life of Kitty Genovese, who was reportedly murdered in front of 38 witnesses and has become the face of urban apathy.”
Theatrical Release: New York

Here are all the releases from May 27; you can still catch these movies in theaters.

This Article is related to: Features and tagged Weekly Film Guide