Critics agree, the O.J. ESPN docu-series is a must-watch. 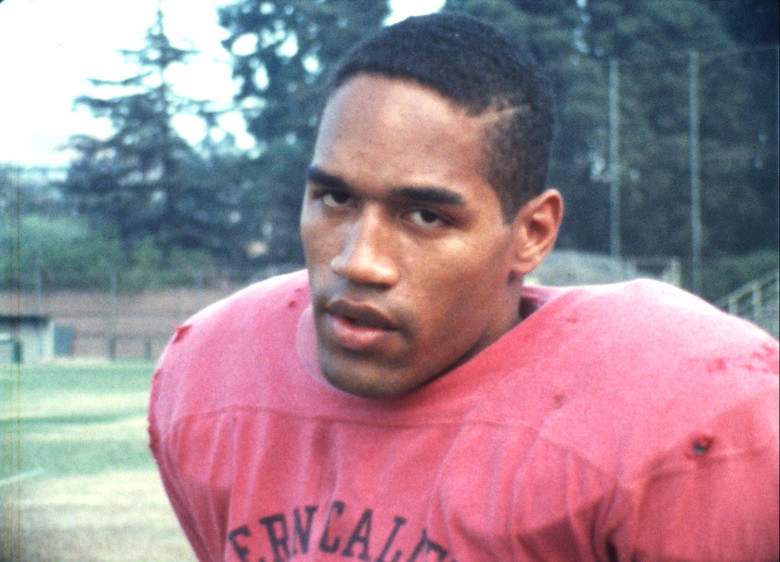 “O.J.: Made in America” premieres Saturday, June 11 and already the ESPN new “30 for 30” documentary event series is garnering critical acclaim. Directed by Ezra Edelman, the series takes an inside look at the murder mystery, focusing on the social and political climate of the US that shaped the football star, as well as analyzing how Simpson’s fame and the negligence of the LAPD all contributed to his acquittal in 1995.

For the most part, all critics agree that this is a show like no-other and is a definite can’t-miss.

Brian Lowry of Variety says that the series could outshine HBO’s Robert Durst docu-series “The Jinx” and Netflix’s “Making a Murderer.” “ESPN doesn’t have the luxury of people being unfamiliar with the outcome. Nevertheless, in terms of a compelling production that tackles far more than just one man’s guilt or innocence, Edelman appears to have delivered a documentary that gives both of those acclaimed projects a run for their money.”

Entertainment Weekly’s Jeff Jensen gave it an A+, calling the series “so rich” and writing: “Extraordinary on so many levels, ‘O.J.: Made In America’ transcends its stated subjects and themes. It’s a withering critique of self-creation, culture making, and idolatry that speaks to everyone, regardless of race. The moments that haunt me the most are the ones in which Edelman’s interview subjects wrestle with their conscience – or resist it – as they consider their part in the tragedy of O.J. Simpson and those who suffered him.”

“Ezra Edelman’s stunningly ambitious, eight-hour documentary is a masterpiece,” is how Brian Tallerico of Roger Ebert describes the docu-series, giving it four out of four stars. “A refined piece of investigative journalism that places the subject it illuminates into the broader context of the end of the 20th century.”

The New York Times’ A. O. Scott writes, “If it were a book, it could sit on the shelf alongside ‘The Executioner’s Song’ by Norman Mailer and the great biographical works of Robert Caro.” He commends the series for its beyond-the-trail portrayal and is enthralled at how at the end he still has questions, “Having traced every step of his journey in detail over eight hours, you still find yourself wondering what the hell happened to this guy. He was made in America, and unmade here, too,” he concludes.

This Article is related to: Television and tagged ESPN, O.J. Simpson, O.J.: Made in America