Not even producer Jason Blum thought the first one was perfect, but he swears this one is better. 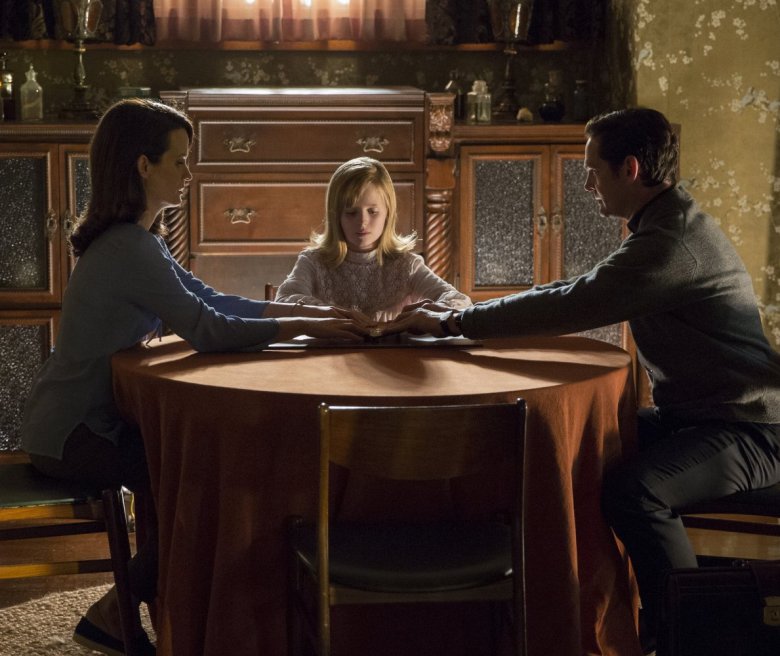 Any eight-year-old can tell you that toying with Ouija boards is asking for trouble, but how many movies would be left if premises based on bad decisions were no longer allowed? 2014’s “Ouija” was inevitable in our current films-based-on-toys moment; once it made more than $100 million against a $5 million budget, so was its upcoming sequel. (According to a tweet from Jason Blum, it’s also better than its predecessor.) Watch the trailer for “Ouija: Origin of Evil” now…unless you’re scared.

About a widowed mother who hosts séances in her home, “Origin of Evil” is a prequel set in 1965 with an entirely new cast. The charlatan’s young daughter gets her hands on the board game/spiritual device this time around, so you can probably imagine much of what happens on your lonesome. (Spoiler alert: They probably should have left this game in the box.)

Elizabeth Reaser, Henry Thomas, Kate Siegel and Lin Shaye star in “Ouija: Origin of Evil,” which was co-written and directed by Mike Flanagan. Universal Pictures will release the film on October 21, which just so happens to be right before Halloween.

This Article is related to: News and tagged Mike Flanagan, Ouija, Ouija: Origin of Evil