Critics 50/50 on the new Cinemax series, has potential but lacks something. 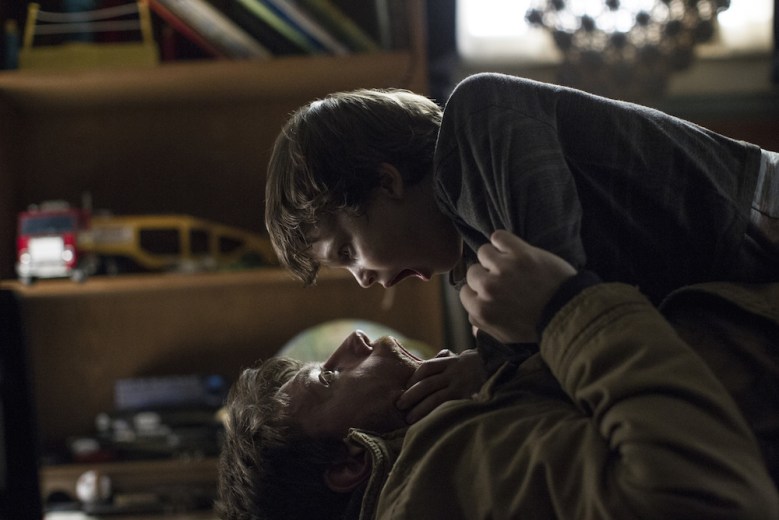 “Outcast” debuted on Cinemax on June 3 and the reviews for the Robert Kirkman-created series are pretty average. The exorcism series centers around Kyle Barnes (Patrick Fugit), a young man who searches for answers as to why he’s been suffering from demonic possessions. In order to not harm his loved one, he isolates himself and, aided by an evangelist preacher, fights back against the spirits that take over his body.

Indiewire’s Ben Travers gave the drama a B calling the drama “mostly fresh” and “overly familiar.” He adds that, “After one hour, ‘Outcast’ doesn’t seem all that special. After four (the number of episodes provided for review), it’s on a mysterious path with just enough intrigue to merit sticking around — especially for horror buffs.”

Review: ‘Outcast’ Season 1 Is Gruesome, Gratifying and Off To a Good Start

Melanie McFarland from Variety seems to like the psychological shock path that it seems to be headed. “There is plenty of shock and depravity to go around in ‘Outcast,’ but after the pilot, most of the show’s graphic, gory moments occur in flashes brief enough terrify without overpowering the tale’s psychological punch.” Adding, “Some of the worst violence in ‘Outcast’ is verbal; the implication of what people are saying or thinking is often as bad, if not worse, than what they do. But what is possession, if not the planting of an invasive seed that blossoms and strangles a person’s best nature?”

Giving it a grade of C+, Charlie Mason of TVLine was less than excited about the series. He does think it has potential, but it was definitely missing something. “Unfortunately, I only liked rather than loved the first episode,” he wrote adding, “There just isn’t much here that we — or at least I — haven’t seen before.” The sites Bottom Line for the show: “Neither a devil of a good time nor an ‘exorcise’ in futility, ‘Outcast’ really deserves a grade of ‘I’ for incomplete.”

“Nothing to levitate over,” is what Daniel Fienberg over at The Hollywood Reporter wrote. “‘Outcast’ might be trying to make its mark with a more even split of supernatural and coal-country mundane, but doing two challenging things at once is less remarkable if you aren’t immediately doing either of them especially well.”

While Brian Tallerico of Roger Ebert is excited about the series, noting that it does seem familiar, “‘Outcast’ isn’t telling a new story so much as telling an ancient one in a new way.” He concludes by writing: “It’s not your typical summer show, but it’s one you really shouldn’t miss.”

Watch the trailer for the pilot below:

This Article is related to: Television and tagged Outcast