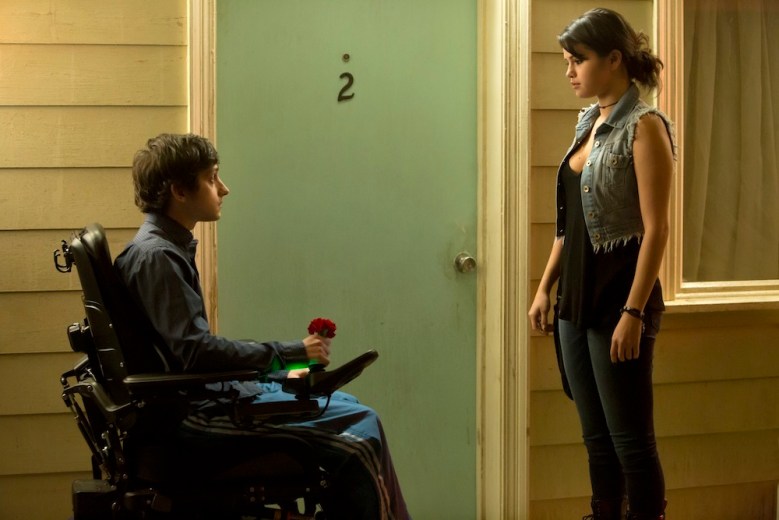 ‘The Fundamentals Of Caring’

Since her brilliant transition from Disney star to rebellious teen in Harmony Korine’s “Spring Breakers,” Selena Gomez continues to surprise. Too bad the same can’t be said for her new movie, “The Fundamentals of Caring,” a saccharine buddy dramedy from writer-director Rob Burnett (best known as the executive producer of “The Late Show with David Letterman”).

“The Fundamentals of Caring” stars Paul Rudd as Ben, a grieving father and failed writer who takes a job as a caretaker for an amusingly surly teenage boy. Not that Trevor, played by a doe-eyed Craig Roberts (“Submarine”), doesn’t have a reason to be surly; he suffers from muscular dystrophy, a disorder that severely impairs his physical abilities but leaves his mind sharp. Ben and Trevor strike up an all-too-likely friendship, each being the only one to tell the other the hard truths.

Namely, that Ben will never find redemption for the death of his son (Rudd actually has say that line out loud), and that Trevor is living no good kind of life by sitting inside and watching television all day (Rudd says that one, too). The two convince Trevor’s mother, Elsa (played by the great British actress Jennifer Ehle) to let them take a road trip to an aptly-named sight: “The World’s Deepest Pit.” Ehle makes the most of an underwritten part; her Elsa is overbearing with a sense of humor, fiercely protective and world-weary. If this were a different sort of film, Ben’s charm might soften her in other ways, driving a wedge between her and Trevor, but it’s not. This is yet another movie about fathers and sons, where mothers do their one job well and that’s that. ‘The Fundamentals of Caring’

In rolls young Dot (Gomez), like a cool breeze on a sticky day, smoking cigarettes and sticking her thumb up to the great unknown. Harmless mensch that he is, Ben offers to give her a ride, as she and Trevor immediately bond over Ben’s totally uncool demeanor. Dot is charming, cheeky, with a touch of provocateur, asking Ben if he’s a pervert, and Trevor if his penis works. (No and yes, in case you were wondering.) Along the way, they also pick up Peaches (Megan Ferguson), who is pregnant and stranded. This addition — an obvious mirror for Ben’s paternal failings — comes off as a half-hearted attempt to make a well-worn plot slightly less predictable.

The cast does its best to squeeze meaning out of the tired script. Burnett’s comedy background keeps things lighthearted, though the jokes produce more smiles than laughs. Ben’s obsession with helping Trevor stand up to pee (“it’s pretty great”) is an odd choice for a dramatic crescendo, and Trevor’s fixation with sex — while realistic in its way — doesn’t exactly seem revelatory. If “The Fundamentals of Caring” wanted us to care, it should have taken a few more detours.

“The Fundamentals of Caring” is now available on Netflix.