The USA drama feels too familiar to breakout, but "Queen of the South" could have a future if it embraces its wild side. 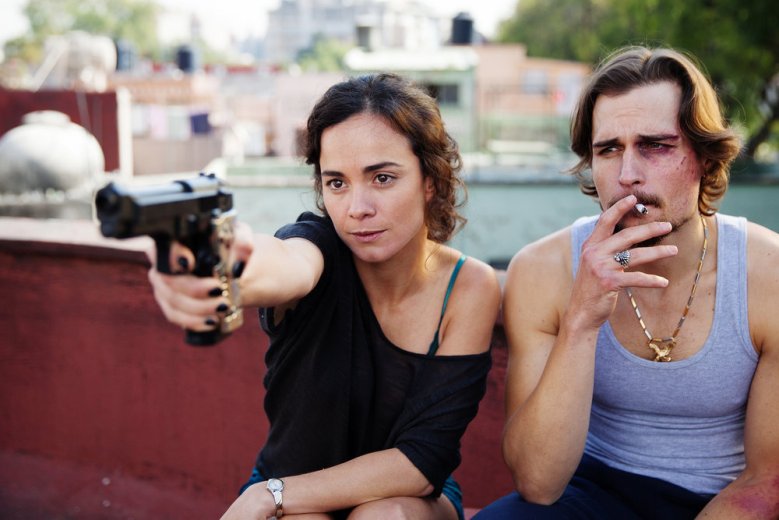 “Queen of the South”

Things start hot and heavy in “Queen of the South.” Bullets fly. People die. Drugs are snorted and sold. It’s clear USA wants us to know their new drama is a hard-edged show; a gritty show; a serious show. But is it a prestige drama, the accepted label for successful new entries, especially from networks new to the game? In short, no, “Queen of the South” is far from the best modern TV has to offer. But for all its amped up aesthetics, I’m not sure it even wants to be part of the club.

It certainly doesn’t want to be part of the boys’ club. Telling the story of a drug queenpin named Teresa Mendoza (Alice Braga), “Queen of the South” kicks off its story via flash-forward — a wannabe shocking moment that will be easy to gloss over down the road — before delving into how a Mexican prostitute rose to power in the drug trade. Men surface along the way, but are either devout lovers or clear enemies.

Only Camila Vargas (Veronica Falcon) stands out as three-dimensional, introduced briefly as the wife of a drug lord trying to become governor (Joaquim de Almeida) and later surfacing as a possible mentor to Teresa. The feminine influence is welcome, even if the story surrounding it isn’t exactly fresh. Simply giving a nod to “Scarface” and swapping genders doesn’t pardon “Queen of the South” for starting off as the fraternal twin to Oliver Stone’s classic. The “been there, done that” vibes are too strong.

More to the point, much of the desired feminist kick is deadened by some predictably ugly attempts to be “dark.” Rape is used far too casually to court the desired effect — “We dare you to look away,” to which I say, “OK” — and the stark gore that explodes midway through feels too nasty after near-constant on-the-nose narration. Plus, it’s hard to empathize with a subject whose most identifiable characteristic is claiming to be the source of our “weed for our stupid weekend dinner parties.” But it’s the narration that truly defines “Queen of the South” for better, but more for the worse (so far — as we only received the pilot episode for review). Teresa’s voiceover is somewhat stilted, extremely redundant and so overused the show feels completely different for the one or two five-minute stretches that run without it. But it could also end up working as a short sell — for TV.

For those of you who’ve forgotten the lessons of “The Big Short,” short selling is motivated by the belief a commodity’s value will decline so it can be bought back later for a lower price, thus turning a profit. If we all thought “Queen of the South” was going to be the next great “prestige” drama, its immediate use of narration almost immediately undermines that belief. Viewers may panic and bail on the show. But those who come back later, expecting less, could find a guilty pleasure to treasure.

By breaking bad in such a literally bad and figuratively obvious way, perhaps “Queen of the South” can rebound by embracing its soapy allures: Cut the violence back a bit. Keep the sex, but make it sexy. Dive into the leading ladies by embracing their wild rise to power. It may not be “great” TV, but it could be pretty fun. For now, it’s only worth the lower price.

This Article is related to: Television and tagged Queen of the South, Reviews, TV Reviews, USA Network