Following the disastrous "Aloha," the "Almost Famous" scribe goes back to his roots in "Roadies," using the 10-hour Showtime drama as rehab (we hope). 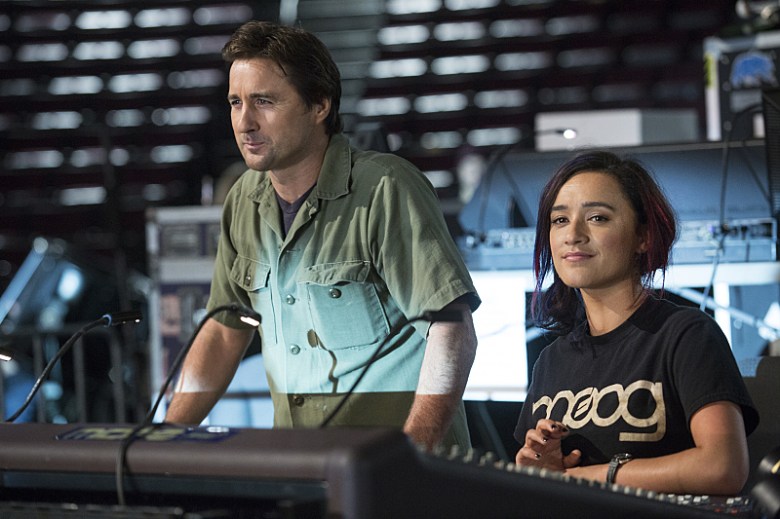 Cameron Crowe is a writer defined by his early success. “Fast Times at Ridgemont High,” “Say Anything,” “Almost Famous” and “Jerry Maguire” are all landmark films that, no matter what comes next for the man behind them, will remain indisputable classics for the rest of time. Yes, even after unmitigated disasters like “Vanilla Sky” and “Aloha,” Crowe’s early films remain untarnished.

So it’s almost too fitting that the music journalist-turned-filmmaker kicks off the next phase of his career — a television show he’s created, directed and co-written — by using a legendary rock band, past it’s prime but looking to recapture the magic, as an allegorical device for, well, everything; just as it’s fitting that “Roadies” exemplifies the best of Crowe’s earnest exuberances, as well as the potholes he should now know how to avoid.

Even with both in the mix, the new Showtime drama is mostly a fun ride. Focusing on the men and women who “make the shows happen,” “Roadies” treats the band itself — dubbed the Staton-House Band — as a mythical, largely silent figure. They show up, do their job and leave the crew to embrace the adulation or, more often, pick up the pieces. And it’s the band’s success or failure that drives the lives of its loyal crew. If the band is feeling the music, then so will its followers. If not, the roadies remain loyal, but also lost.

Chief among the drifting souls is Bill Hanson (Luke Wilson), an aging tour manager struggling to unite the crew around his newly-minted role as leader. Bill is feeling the pressure, too, as years of hard living and stress have created a heart issue he tries to solve with more work and sex. Behind him, ready and willing to lend a helping hand, is the production manager, Shelli Anderson (Carla Gugino). Shelli’s trying to make her marriage work despite both members being on separate tours in different time zones, and she’s the main strand holding a crew together as a new financial adviser (Rafe Spall) cuts the budget and a once loyal, valuable mentee to Bill, named Kelly Ann (Imogen Poots), considers bailing on her buddies for film school. But all of these issues are secondary — yes, even Bill’s heart thing — to serving the needs of the band. Various methods to reinvigorate the revered group have been met with mixed reactions, as the Staton-House Band tries to find its groove (so the roadies can, too). Coloring that search is some legitimately impressive production value: From the crew-specific credits sequences that highlight the detailed work of setting up a live show to the venues themselves that seem to go on forever, never look repetitive or restaged and add a needed feeling of being behind-the-scenes, Crowe and his crew feel like they’ve taken the show on the road, and you’re right there beside them.

Adding considerably to that feeling is the music. Anyone excited for this show is likely also a die hard fan of “Almost Famous,” eager to see the ultimate insider re-approach the music world in the modern day. Crowe doesn’t disappoint, providing key references slid carefully into the dialogue and building scenes around the soundtrack he must have adored putting together. Moreover, there’s a scene in Episode 2, “What Would Phil Do?,” where guest band Reignwolf sets their stage to the beat of their own music, adjusting as they go to construct a sound specific to the venue. Crowe’s camera splits between music video-esque moments of fans lined up outside and fish eye shots of the band, but it remains grounded by cutting to the roadies dropping what they’re doing to watch music literally be made in front of their eyes. It’s an impressive sight, that ties together every great element of the series thus far.

…and then comes Episode 3. Considering how much authenticity was built up in the first two episodes, even when balancing it against Crowe’s penchant for fitting sincerity (if you like it) or grating cheesiness (if you don’t), it hurts all the more to see a substantial chunk of believability get tossed out the window with one problematic character. Opening on Bryce Newman (guest star Rainn Wilson), a music critic with immense power, purposefully typing on his computer, a self-satisfied smirk on his face and a declaratively raised hand to lay literal weight on the final keystroke of his figurative beat down/review, everything suddenly seems wrong — and it only gets worse. The episode is dedicated to eviscerating the critic as a man, a “professional” and a symbol. Every fantasy Crowe (who penned the episode himself) has had over the last decade or so relating to punishing those who laid waste to his work is played out in exhaustingly predictable fashion. But more pressing to the series and not its meta motivations: None of it is real. There is no music critic who carries the power to destroy a popular band selling out arenas in New Orleans, Atlanta and more major cities, let alone (as we’re led to believe) a legendary group like the Staton-House Band, comparable in status to Pearl Jam or The Rolling Stones. Even if there was, no tour manager, stage manager or financial backers would freak out over one bad blog post when they’ve got a band that not only survived a PR fiasco in the episode prior, but were stronger because of it. The arc takes up so much time, it lends a distractingly inauthentic feel to whatever comes next.

Ultimately, though, it feels like an unjustified, “Fuck you.” What matters is the work — like the music — and it’s frustrating to see the good vibes established in the premiere and follow-up episode interrupted for a spiteful, inauthentic swipe at low-hanging fruit. If this is what it took to get those demons out of his system, so be it. “Roadies” as rehab is more than fine for anyone eager to see more of the daring, focused Crowe from yesteryear — especially if most episodes are as enjoyable as the first two. But with an end on the horizon after a promising start, we’re left wondering if “Roadies” represents his climb back to classic Crowe or his current career trajectory.

Stay on top of the latest breaking TV news here! Sign up for our TV email newsletter.

This Article is related to: Television and tagged Cameron Crowe, Roadies