Critics agree that the new "Roots" is harrowing and essential television. 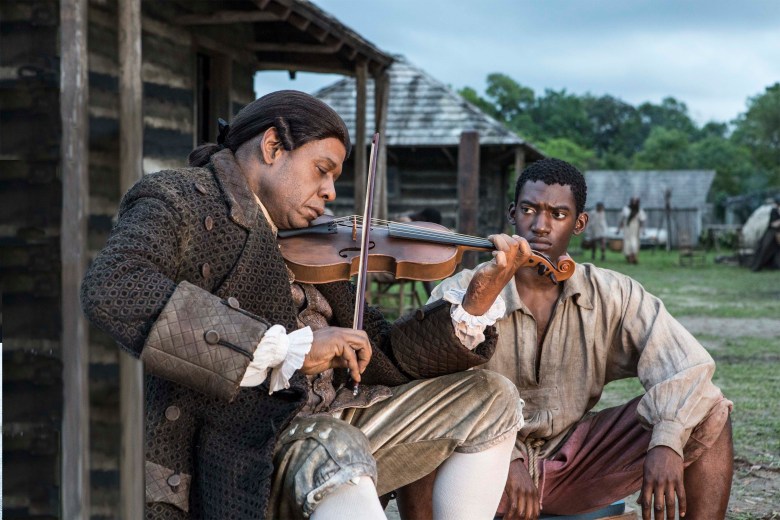 Reviews have been collecting for History’s recreation of the 1977 miniseries “Roots” and it seems like this remake is one that got it right. Spanning generations, “Roots” chronicles over a century of slavery, following Mandinka warrior Kunta Kinte, abducted into slavery in America, and his descendants as they struggle in the harshest of times.

Waves of critics have been gushing over the show, even prior to its May 30th debut. Despite not having caught up with the original, IndieWire’s TV Editor Liz Shannon Miller raved that the drama holds its own footing, giving it an A- and saying, “After spending about eight hours embedded with four generations of men and women, beaten down but not broken, bonded by blood and tradition, I feel genuinely affected. With so much storytelling out there, that’s no small feat.” In regard to that storytelling, she added, “The beauty of ‘Roots’ is that it does have an epic scope, but simultaneously a narrow focus.”

Also giving it an A-, Jeff Jensen from Entertainment Weekly expressed that the new “Roots” course corrects some of the original’s “choices now seen as pandering to white audiences.” Calling it a “strong imagination for the slave experience,” Jensen noted that “The remake is resolute in producing credible historical fiction and presenting it through a slave’s perspective. It is also disinterested in assuaging white discomfort.”

The Wrap’s Ray Richmond suggested that “some might say [the remake is] long overdue.” He wrote, “‘Roots’ is at once a more intimate and explicit document than was its forerunner and no less compelling, if you can endure the harshness of the spectacle that accompanies it. It is at once difficult to watch and impossible to ignore. And like the first edition, it educates and enthralls in equal measure, grabbing hold of our eyes and heart and never letting go.”

James Poniewozik from The New York Times touched on the show’s immediacy, writing in his review: “Viewers who watched ‘Roots’ four decades ago have since lived with racial narratives of moving forward and stepping back. They’ve seen America’s first black president elected and a presidential candidate hesitate to disavow the Ku Klux Klan. So in timing and spirit, this is a Black Lives Matter ‘Roots,’ optimistic in focusing on its characters’ strength, sober in recognizing that we may never stop needing reminders of whose lives matter.”

Stay up to date with the latest in TV news. Subscribe to Indiewire’s TV email newsletter here!

This Article is related to: Television and tagged History, Roots