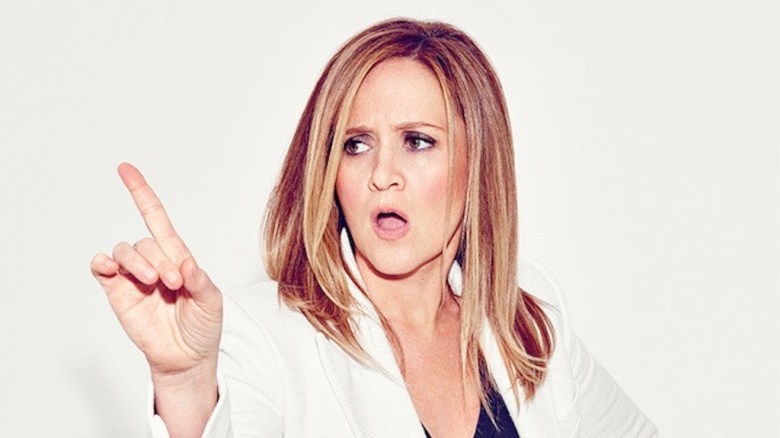 If you’ve been paying attention to the news in the last week, you will at least have heard about Brexit, also known as the United Kingdom’s withdrawal from the European Union following a referendum. This decisions sent the global economy crashing and was widely criticized by many as a unwise choice emboldened by anti-immigrant sentiment and economic falsehoods.

READ MORE: To Desk or Not To Desk? Or, Why Samantha Bee Is The Biggest Badass in Late Night

Luckily, America has “Full Frontal” host Samantha Bee to examine the issue with humor and righteous fury. After detailing the Brexit issue, Bee turned her sights on Scotland, specifically Donald Tump’s visit to the country and the speech he gave in support of Brexit. In the speech, he assumes Scotland has voted to leave the EU as well when instead they voted to remain. Naturally, the Scottish responded quickly and angrily over Twitter, and Bee brought in former “Dr. Who” star David Tennant to read them aloud. Watch the video below.

David Tennant began his career in the theater and television before garnering widespread popularity as the Tenth Doctor on BBC’s revival of its long-running sci-fi series “Dr. Who.” Tennant also starred as Kilgrave in the first season of Marvel’s Netflix series “Jessica Jones,” as Barty Crouch Jr. in “Harry Potter and the Goblet of Fire,” and as detective Alec Hardy on “Broadchurch.”