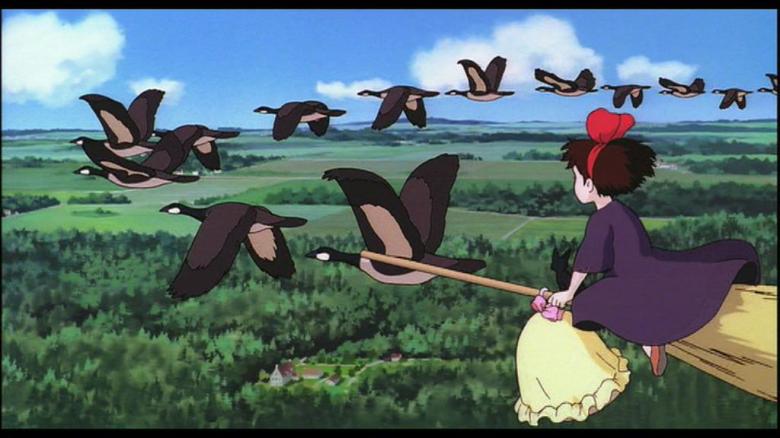 After Studio Ghibli veteran Makiko Futaki died in May, Pixar’s animator-director Peter Sohn (“The Good Dinosaur”) agreed to write a tribute and discovered a personal style in re-examining her work.

To be honest, I did not know her work until I had heard of her unfortunate passing in May at the young age of 57. Her list of film credits were jaw dropping. She had injected her talent into many of the greatest films of all time. Animation can be an invisible art form because it is so collaborative. It is sometimes hard to discern which animator animated what scene in a particular film, but after watching several films an animator drew moments for, one can begin to see a personal style.

In Miyazaki’s “Laputa,” Makiko animated a moment where Pazu and Sheeta have doves fly around them. When the birds fly past camera, you can see the line work in the feathers and the delicate details drawn almost like fine lace. How well observed the dove’s wings pulse as they hover around and are spaced to a rhythm that is organic and captures the beauty of the moment perfectly.

In “Kiki’s Delivery Service,” Kiki flies along side a string of geese and a gust of wind knocks them out of the air. There’s a distinctive clarity in the way the geese are animated. Frame by framing through the shots you can see the details of each bird being hit by the wind and how the wings react. A similar “feather” line quality appears like the doves in “Laputa.”

From the quiet moment with Satsuki and Mei watching tadpoles in Miyazaki’s “My Neighbor Totoro” to the way the plants grow and die when the “Shishigami” enters the forest in “Princess Mononoke,” you can begin to see why Makiko Futaki was so trusted to breathe her life into these memorable films.

This Article is related to: Features and tagged Peter Sohn, Pixar, Studio Ghibli