The studio conventional wisdom that banking big money on sequels is the safest course did not yield consistent summer box office returns in 2016. 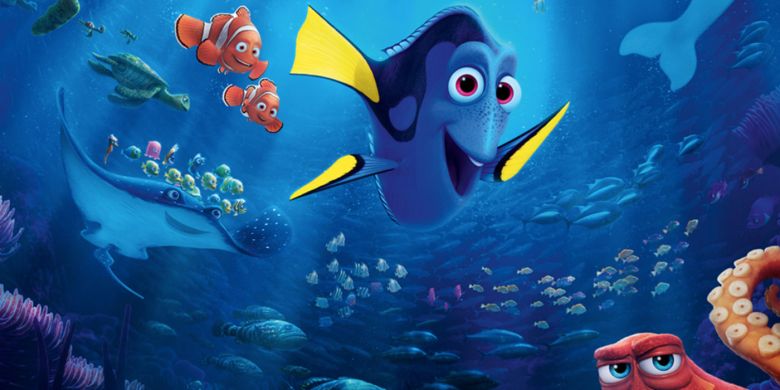 Halfway through the summer, with most of the most anticipated movies now in release, the risk of banking on sequels is clear. Of the 18 wide (2,000-plus theater) releases in May and June, nine have been sequels, including six that were the second in their series.

But while last year’s May and June boasted seven sequel hits: ”Jurassic World” and “Avengers: Age of Ultron” lead the way and two films at worst broke even (“Ted 2” and possibly because of its cost, “Mad Max: Fury Road”), many of this year’s nine sequels, among the anticipated biggest hits of the summer, may not even match their boasted production budgets totaling (before marketing) some $1.4 billion. Which does not get them where they need to go.

Smashes. With “Finding Dory” and “Captain America: Civil War” leading the way, they could approach that number in terms of domestic gross (“Dory” and “Captain” will likely account for two-thirds of that number). Those two films are smashes, both likely to top $1 billion worldwide (“Captain” is already there).

Hit. But among the rest, only one, the modest $40 million “Conjuring 2,” looks to be a big moneymaker for its studio. And the horror film will end up doing well despite a domestic performance down about a third from its predecessor (foreign growth could take it close to the worldwide total of $318 million last time around). Recoupers: “X-Men: Apocalypse” is going to be down about a third from its previous entry in North America, leading the overall world total down perhaps about one fourth (the rest of the world is down only 10%). It should get into profit, but it’s not the tentpole moneymaker Fox had in mind.

Universal smartly brought in “Neighbors 2” inexpensively ($35 million), so its domestic mid-50s haul and worldwide somewhere north of $100 million might eke out break even. But again, sequels aren’t made to break even. A strong China opening gives hope that Lionsgate might not lose on “Now You See Me 2.” This looks to come in no better than a bit more half as good as last time (over $60 million compared to $117 million, though the worldwide total will get to a higher percentage of the prior $350 million). But the budget climbed to around $90 million before marketing, so this doesn’t leave much room for error. “Alice Through the Looking Glass”

Flops: At least those three will come in range of their outlays. Sequels though are meant to be much surer things than original projects, they’re profitable tentpoles, designed to hold up the rest of the slate. And the three losers alone cost a half a billion, with likely close to that in marketing costs. All three are doing better foreign by some degree than domestic, both in totals and drop off from their previous entries. But all three are improbable moneymakers, with losses for “Teenage Mutant Ninja Turtles: Out of the Shadows,” “Alice Through the Looking Glass” and now “Independence Day: Resurgence” all likely, and perhaps in one or more cases major. Those and “Now You See Me” all had hopes of further life, but not now.

“Independence Day: Resurgence” encompasses most of the problems. It was greenlit about three years ago, when sequels still looked safe, even if costly (the budget estimate on this is between $165-200 million). Bean counters at Fox surely projected an opening between $75 – 100 million, and may have thought themselves lucky at saving the cost of Will Smith’s salary, figuring that good memories of the 1996 original — an early break out summer smash, at its time one of the biggest ever — could carry over. But audiences, particularly domestic, have overloaded on retreads with little original spark, even as they reward those (like “Finding Dory” and “Civil War”) that come across as fresh and vital.

With so much at stake worldwide, sequels remain the easiest to market outside of North America. So don’t expect much of a let up. But the result could be increasingly felt in a domestic hit-or-miss market.