"It's scarier than the first film." 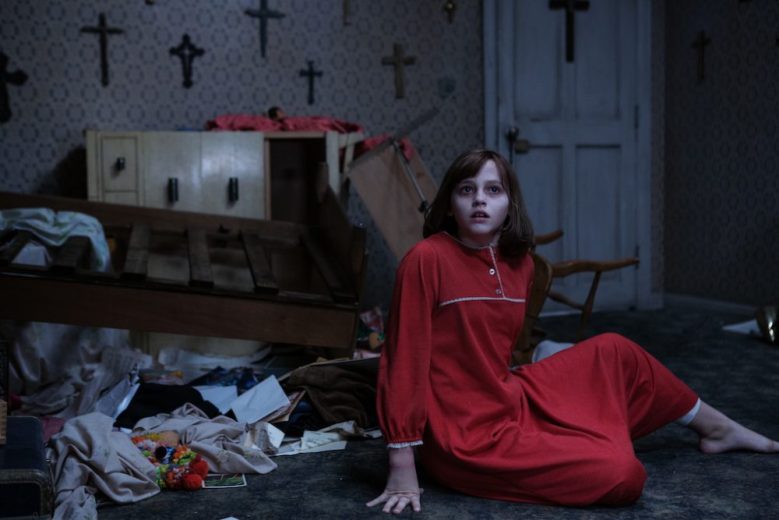 The first reviews for “The Conjuring 2” are in and the general reception is a mostly positive reception with most critics saying that the film features plenty of scares and a dread-filled energy. The film follows paranormal investigative team Ed and Lorraine Warren (Patrick Wilson and Vera Farmiga) who probe into some undead spirits tormenting a North London single mother Peggy Hodgson (Frances O’Conner) and her four children. The Hollywood Reporter’s Sheri Linden calls it an “excellent sequel” and says that director James Wan’s “expert deployment of genre jolts is no less in evidence this time around, but as he takes his time…interweaving the Warrens’ story with that of the Hodgsons…he crafts a deep dive into dread.” Uproxx’s Mike Ryan says that the film “is scarier than the first” and it “plays like a labor love” despite its “epic runtime.”

READ MORE: Watch: Horror Comes To England In First Trailer For ‘The Conjuring 2’

Other critics were a little more mixed with their praise. Variety’s Owen Gleiberman says that Wan “digs into a standard playbook of spook-show gambits” and he banks “on the idea that the hat is so old it’s new again,” but admit that the director has a sense of the audience and manipulates the rhythm of the scares well. Screen International’s Tim Grierson argues that the sequel is “sophisticated,” it lacks “some of the simplicity and elegance of the first installment” and that it’s “about 20 minutes too long.” Time Out New York’s Tom Huddleston remarks that “there’s little here we haven’t seen before” and also notes that the film raises some uncomfortable implicated if an audience member doesn’t believe in ghosts.

A couple reviews were more negative. The Playlist’s Russ Fischer says the film is a “freaky but often witless production that fails to stitch super-creepy scenes together into any compelling story,” while Consequence of Sound’s Michael Roffman calls it “exaggerated carnival fare.”

“The Conjuring 2” opens on June 10th. Watch the trailer below.

This Article is related to: News and tagged James Wan, Patrick Wilson, The Conjuring