Fresh off another huge hit with his "Hunt for the Wilderpeople," Waititi is gearing up to go Hollywood with the next "Thor" film. 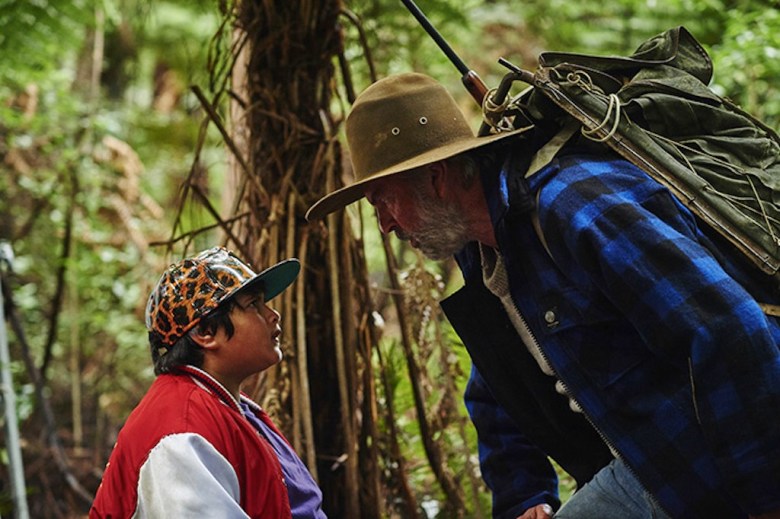 “Hunt for the Wilderpeople”

For most independent filmmakers, making the jump from their own modestly budgeted films to a box office hit is the endgame, the big dream, the ever-dangling carrot on a stick. For “Hunt for the Wilderpeople” director Taika Waititi, it’s already old hat. The New Zealand director may be on the cusp of shooting his very first Hollywood feature – the third “Thor” standalone film, due out in November of next year – but the “Boy” and “What We Do In the Shadows” director is already very familiar with making smash hits that entire countries adore.

“Wilderpeople,” which debuted at Sundance back in January, is already a huge success in New Zealand, ranking as the highest-grossing locally-produced feature film of all time (as of last week, it had made over $8.3 million in New Zealand alone; for some context, that’s nearly $5 million more than “Captain America: Civil War”). But it’s hardly the first of his films to top his native box office. The director’s 2010 feature “Boy” did similarly well when it was released, and was the highest-grossing New Zealand film — until “Wilderpeople” bumped it earlier this year. (“Boy” was in New Zealand theaters for 26 weeks, and grossed over $6.7 million.)

Waititi admits filmmaking wasn’t his first love, but he’s always been creative (and very, very funny). While attending the University of Wellington in the nineties, Waititi was an original member of the marginally famous five-man comedy troupe, So You’re a Man. While the troupe doesn’t exist anymore, Waititi remains close with its members, including Jemaine Clement and Bret McKenzie, who went on to form Flight of the Conchords (post-So You’re a Man, Waititi and Clement, who continue to work together, even had their own two-man comedy group, The Humourbeasts).

Although Waititi soon took up acting, his love of comedy eventually led to him crafting quick, comical shorts, including his 2005 directorial debut, “Two Cars, One Night.” The film was made as part of a 48-hour film contest, which made its eventual Academy Award nomination all the more remarkable. No one was more surprised than Waititi. “There were so many things I wanted to do and then started doing films as like another thing,” Waititi recently told IndieWire. “Because my first short film did so well, I guess I was encouraged a lot by people to keep going with it.” Keep going with it, he did, contributing to a pair of “Flight of the Conchords” episodes before making the jump to features with “Eagle vs. Shark,” an off-beat love story about a pair of misfits (including Clement, who starred in the film) that debuted at Sundance in 2007.

His last feature, the vampire mockumentary “What We Do In the Shadows,” marked Waititi’s first real crossover achievement: The film was a huge arthouse in the U.S. (Waititi joked that the people of New Zealand were “not ready for the truth about vampires”), making over $6 million globally, and also did well on VOD. Waititi had his hands in every part of the production and, in addition to directing and writing it alongside his frequent partner Clement, he also starred in the film as the “dandy” vampire Viago and produced it.

For a filmmaker about to make the leap into the big leagues, Waititi already knows how the game is played. But it wasn’t always easy.

“Growing up, I would have never wanted to see a New Zealand film,” Waititi said. “It’s so awesome to actually make a film and have it make money. Hardly anyone can say that.”

He better get used to it. The newly minted Marvel director has four features under his belt already, and in addition to their formidable box office grosses in his homeland, the films also share Waititi’s sensibility: a self-professed delicate balance of humor and heart. “Wilderpeople” provides the best showcase yet of his ability to blend funny jokes with well-written character development.

The film follows young orphan Ricky (newbie Julian Dennison) who gets one last chance at a foster home in the form of an out-of-the-way New Zealand farm (like, really out of the way), where he’s tended to by the sweet-natured Bella (Rima Te Wiata) and her sourpuss husband Hec (Sam Neill). When tragedy forces Ricky and Hec to set out through the New Zealand bush on a series of ever-dangerous adventures, the pair finds themselves forming a very unexpected (and, yes, very funny) bond.

The Wild Nature of “Wilderpeople”

Despite a stunning setting and solid source material (Waititi adapted his script from Barry Crump’s book “Wild Pork and Watercress”), it’s a film that hinges on its cast. Dennison, in his first role, is a marvel. Having previously worked with Dennison on a commercial, the filmmaker was eager to get him into another project. “The minute this project came up, he was the first person that I thought of, straight away. I didn’t audition him or anything,” Waititi said.

While that sounds like an easy enough thing (and one heck of a cute piece of trivia), Waititi admits it was a choice that goes against his control freak nature, but one that helped guide the fast-paced nature of the “Wilderpeople” shoot.

“The hardest part of this film was trying to not spend too much time agonizing over every decision and just trying to leap in and do it, and do it fast,” Waititi said, noting that only nine months elapsed between the start of production and the film’s Sundance premiere.

Time wasn’t the only thing pressing down on Waititi and his “Wilderpeople” cast and crew, there was also the question of their shooting locations, which were appropriately wild for a film that primarily takes place in the untamed bush of Waititi’s home country. “Hunt For the Wilderpeople”

“We went off into these areas where, there has been testing, firing mortars and stuff like that for 50 years,” he said. “Part of that adventure was that you couldn’t really wander too far from where we were, there’d be like tail fins from bombs and stuff sticking out of the ground, and some of them were unexploded.”

Being comfortable with the constant possibility that something might go boom might not be a requirement for a Marvel director, but it sure can’t hurt.

Waititi admitted he was a little apprehensive about jumping into the Marvel Cinematic Universe when he was first asked to helm the third entry in the Thor franchise, titled “Thor: Ragnarok.”

“Part of it was that it interrupts all the other things I want to do, part of it was just the idea of it. I’m a little bit of a control freak and I like to kind of control everything, and certainly on a studio film that’s not the case,” Waititi said. “Once I got over that, I realized this is actually going to be a really cool exercise in directing and making a big film. And why not? It’s such a great opportunity to experience what it’s like.”

Despite his initial trepidation, Waititi has long been intrigued by the possibilities afforded to blockbuster offerings. “To be given that opportunity is very rare, especially for someone from where I’m from,” he said, “so I really felt that I should do it.”

The filmmaker hopes to be able to inject his own humorous tone into the franchise, which has run the gamut between the joke-heavy first “Thor” movie (remember that scene with the coffee?) and the self-serious “Thor: The Dark World.”

“The tone of my films is never full drama or full comedy,” Waititi said. “It’s sort of a delicate balance between them.”

He’s also excited about the comedic possibilities posed by star Chris Hemsworth, who has recently leaned much further into humorous gigs, like hosting “Saturday Night Live” and co-starring in the new “Ghostbusters” film due out later this summer.

“It’s silly not to use that. He’s so good,” Waititi said, before taking a moment to expound on his favorite parts of recent “Ghostbusters” trailers that have played up Hemsworth’s comedic timing (he particularly likes the gag about his glasses not having any lenses).

But laughs aren’t the only thing he hopes to bring to the feature, and Waititi expects that he’ll also be able to infuse his more emotional charms into the film, too. “As much as I love action and spectacle, I think my strength and what I’m really interested in mostly is character,” he said. “It’s a hard balance, because you’ve still got to blow shit up.”

“I Don’t Want It To Be An Episode”

He’s also conscious of the demands of making a film that needs to fit inside both Thor’s own individual franchise and the larger MCU, even as he attempts to bring his own sensibilities to the material.

“I’ve watched those other films, but I kind of like to treat every project as a standalone thing,” he said. “It has to link into all the other stuff that’s going on, but I don’t want it to be an episode.” “What We Do In the Shadows”

Despite his upcoming slate of Hollywood efforts, Waititi isn’t eager to leave behind his New Zealand roots, noting that he has written five screenplays that could be shot there later on. “I’m going back to a smaller film after [‘Thor’],” he said. “If I get to drive another big one, I’ll ping pong between.”

One of those features? A long-teased sequel to “Shadows,” this one focused on the werewolf pack the vampire stars of the mockumentary cross paths without throughout the film. The film already has a punchy name – “We’re Wolves” – and Waititi insists that it will happen. But, he added, “it may not be the first one straight out of the gate after ‘Thor.'”

Although Waititi’s star is definitely on the rise (and he’s got all those big New Zealand box office bucks in his pocket), the filmmaker isn’t precious about his craft. “I sort of fell in love with film just through forcing myself to fall in love with it,” he said. “It wasn’t even my passion or my dream. Now, it sort of has become my passion.”

Perhaps that’s why Waititi is so relaxed even while heading into the biggest job of his career — and one that seems all but guaranteed to catapult him to a new level. While some directors make the ambition jump to commercial filmmaking after just a handful of features, Waititi has steadily developed his momentum and it shows in his carefree attitude.

“At some point, you turn a corner and you just stop worrying about things. I’m in that stage,” he said. “It’s movies, it’s entertainment. Do a good job and make something really cool and make something you’re proud of — and what more could you do?”

“Hunt for the Wilderpeople” will be released in New York and Los Angeles on Friday, June 24, and will receive a nationwide release in July. “Thor: Ragnarok” opens wide on November 3, 2017.

This Article is related to: Interviews and tagged Hunt for the Wilderpeople, Sam Neill, Taika Waititi, Thor: Ragnarok