Why sequels are underwhelming this summer, while some lower-budget surprises will yield unexpected returns. 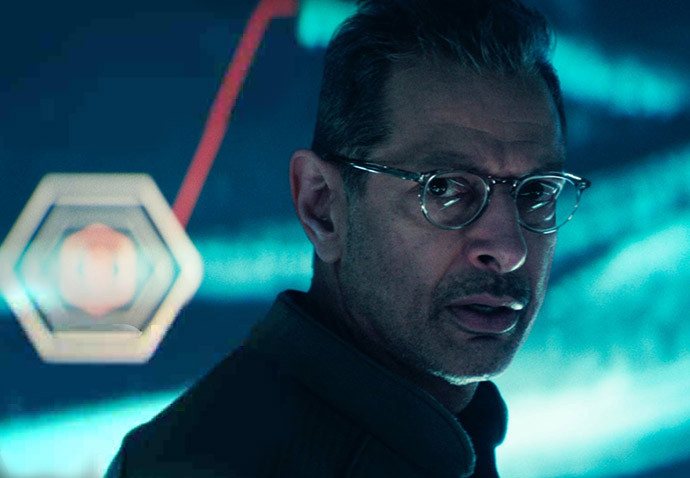 Like the rest of the summer, it’s a mixed bag.

The good news: this weekend’s top two films, one opener and one holdover, grossed nearly $115 million. That’s better than the top two last year (holdovers “Jurassic World” and “Inside Out”).

The bad news: while “Finding Dory” is a huge success, “Independence Day: Resurgence” is a dud that will likely fall like a rock from its underwhelming opening. It was close, but this weekend’s Top Ten will outpace last year’s equivalent date by about $5 million ($178 vs. 173 million).  Last year was led by two huge holdovers, “Jurassic World” and “Inside Out,” both taking in over $50 million (newcomer “Ted 2” lagged at $33 million).

This year’s total comes with now standard elements, mostly predictable. There is no stopping large audiences from responding to a film that satisfies expectations in a proven area (Pixar’s “Finding Dory” comes through yet again with Disney’s distribution pushing it to maximum performance), nor rejecting an unnecessary sequel that clearly telegraphed its faults in advance (“Independence Day: Resurgence”). The rest is a mixture of positive (strong hold for “Central Intelligence,” bigger than expected showing for “The Shallows”) and downbeat (“Free State of Jones” failing, other recent duds rapidly fading).

Look, any weekend —as we’re nearly halfway through 2016—that keeps the year to date figure ahead of last year’s is a victory of sorts. But it’s tough to ignore some of the recurrent problems. Luckily, winners like “Finding Dory” keep showing up at least once a month. But it’s a tough pace to maintain. Roughly halfway through the summer, with a majority of the most anticipated movies now in release, the risk of banking on sequels is clear. The group pretty much defines the season. Of the 18 wide (2,000-plus theater) releases in May and June, nine have been sequels, including six that were the second in their series.

The nine sequels, among the anticipated biggest hits of the summer, boasted production budgets totaling (before marketing) some $1.4 billion. With “Finding Dory” and “Captain America: Civil War” leading the way, they could approach that number in terms of domestic gross (“Dory” and “Captain” will likely account for two-thirds of that number).

Those two films are smashes, both likely to top $1 billion worldwide (“Captain” is already there). But among the rest, only one, the modest $40 million “Conjuring 2,” looks to be a big moneymaker for its studio. And the horror film will end up doing well despite a domestic performance down about a third from its predecessor (foreign growth could take it close to the world wide total of $318 million last time around).

“X-Men: Apocalypse” is going to be down about a third from its previous entry in North America, leading the overall world total down perhaps about one fourth (the rest of the world is down only 10%). It should get into profit, but is not the tentpole moneymaker Fox had to be hoping for.

Universal smartly brought in “Neighbors 2” inexpensively ($35 million), so its domestic mid-50s haul and worldwide somewhere north of $100 million might eke out break even. But again, sequels aren’t made to break even.

A strong China opening gives hope that Lionsgate might not lose on “Now You See Me 2.” This looks to come in no better than a bit more half as good as last time (over $60 million compared to $117 million, though the worldwide total will get to a higher percentage of the prior $350 million). But the budget climbed to around $90 million before marketing, so this doesn’t have a lot of room for error.

At least those three will come in range of their outlays. Sequels though are meant to be much surer things than original projects. And the three likely losers alone cost a half billion, with likely close to that in marketing costs. All three are doing better foreign by some degree than domestic, both in totals and drop off from their previous entries. But all three are dubious money makers at best, with losses for “Teenage Mutant Ninja Turtles: Out of the Shadows,” “Alice Through the Looking Glass” and now “Independence Day: Resurgence” all possible, and perhaps in one or more cases major. Those and “Now You See Me” all had hopes of further life, but not now.

That compares to last year’s May and June, where seven sequels yielded huge hits.”Jurassic World” and “Avengers: Age of Ultron” lead the way and two films at worst broke even (“Ted 2” and possibly because of its cost “Mad Max: Fury Road”).

“Independence Day: Resurgence” encompasses most of the problems. It was green lit about three years ago, when sequels still looked safe, even if costly (the budget estimate on this is between $165-200 million). Bean counters at Fox surely projected an opening between $75 – 100 million, and may have thought themselves lucky at saving the cost of Will Smith’s salary, figuring that good memories of the 1996 original — an early break out summer smash, at its time one of the biggest ever — could carry over. But audiences, particularly domestic, have overloaded on retreads with little original spark, even as they reward those (like “Dory” and “Civil War”) that come across as fresh and vital.

With so much at stake worldwide, sequels remain the easiest to market outside of North America. So don’t expect much of a let up. But the result could be increasingly felt in a domestic hit-or-miss market. Positive Results for “Central Intelligence” and “The Shallows”

The teaming of Kevin Hart and Dwayne Johnson certainly saw respectable results with its $34 million opening last weekend. Despite the first-time pairing of the two stars not yielding a higher opening (Hart’s non-summer hits “Riding Along” started at $41 million, its sequel a bit less but still better), its performance this weekend is a sign of success.

The signs are positive. The drop of 48% is the same as “Riding Along” and much better than its sequel last January. It now looks headed for a $100 million-plus domestic take, with Johnson likely elevating it to higher foreign results than prior Kevin Hart comedies. And with Warners’ flying high with “Conjuring 2” and coming out OK with the lower budget ($20 million) “Me Before You” (likely around$150 million worldwide), they’ve managed three successes at a modest level at least that sure beats a high priced single film that falls short. That’s a middle level performance tough to pull off.

Sony is Warners’ rival at regularly providing middle-range, often original films. “The Shallows” was projected as a $10-12 million opener. Instead, its throwback to summer drive in story (female surfer stalked by a shark in open seas) struck enough of a chord to more than justify its $17 million budget + likely lower than usual marketing expense. It was carried by younger audiences (about half 25 or below) and managed despite foregrounding Blake Lively as a girl-in-peril to break close to even in male/female appeal. Those extra male viewers likely elevated this about its anticipated level. It didn’t hurt that it surprisingly got the best reviews of the new openers – that wasn’t make or break, but likely encouraged some people to take a chance. “Free State of Jones” a Worthy Risk, But Its Failure Not a Surprise

STX’s spread-the-risk commitment to the $50-million “Free State of Jones” might have seemed counterintuitive as a June release, but it made some sense. Adults look for serious films in this period. But while there are some successes in the specialized arena, it’s not exactly full of major draws at the moment. “Chef” thrived during this period two years ago (although it opened slowly and grew with word of mouth). Previous years have seen August releases of period Southern films with casts with multi-cultural casts  (“The Help” and “The Butler”). And director Gary Ross a few years ago had Oscar contender “Seabiscuit” break out during the summer.

But “Jones” was always going to live or die with reviews. On paper, it sounded like a possible awards contender: its true story of a rebellion of deserters and ex-slaves against the Confederacy has ambition, themes and an epic feel. But STX’s inventive creative marketing team wasn’t able to overcome the challenge of reaching the African-American base without any big-name stars in key roles. So it needed an extra sense of importance to make its history lesson seem compelling.

It had Matthew McConaughey. To his credit, he keeps taking chances as he has since before he set himself on the course that included his Oscar winning “Dallas Buyers Club.” This is only his third film since, and the one most strongly counting on him to carry it.

Until proven otherwise, Leonardo DiCaprio shouldn’t worry. But among the under-50 Best Actor winners of recent years, the award is not a guaranteed career boost. Eddie Redmayne, while he earned a second nomination for “The Danish Girl,” hasn’t scored at the box office (“Fantastic Beasts and Where to Find Them” should change that). Jean Dujardin hasn’t done anything special since”The Artist,” even back home in France. Colin Firth has “Kingman: The Secret Service” to brag about, but mostly niche films of varying degrees of success (and he’s frequently an ensemble player). Sean Penn has been uneven at best despite two wins.

Long gone are the days when Tom Hanks won at the prime of his career, then became bigger than ever. DiCaprio likely prevails, but the warning signs are there. As much credit as should be given to actors (and actresses) who parlay their Oscars into riskier projects, there is a down side. The expectations for these films increase, critics and some audiences unconsciously may apply higher standards, and when a project falls short like “Jones” they don’t add much. Unless word of mouth kicks in to sustain his current film, it likely will gross no better than his well-regarded small indie hit “Mud” that was a key part of his career rewrite. And financiers don’t put $50 million into a project to do “Mud” business.

More should be said about “Finding Dory,” which likely guaranteed being the summer’s biggest hit with its showing this weekend. Its 46% drop, from a huge opening level (normally making falloff more likely) is only slightly more than “Inside Out” a year ago, which opened much lower. And it is stellar compared to “Minions,” which after opening to $115 million dropped 57% its second weekend. Look at the outside chance this will hit $500 million.

“The Conjuring 2” continues to outdo most horror films with a third weekend 48% fall. That’s not quite as good as the amazing holds the first series’ entry managed, but that came later in the summer with less high-end competition.

“Now You See Me 2” stabilized with a 40% drop. It is going to fall far short of the first film, in large part because of its weaker holds. Still it is showing signs of some appeal, even though below last time. That puts it ahead of 50% or greater falls of “Teenage Mutant Ninja Turtles: Out of the Shadows” or “Alice Through the Looking Glass.” “X-Men: Apocalypse” also dropped around that level. “Days of Future Past” two years ago managed to limit its fifth weekend drop with only 37% down, which in turn led to a longer run. Expect this time around for it to make an earlier exit.

None of these compare to the ignominious performance of “Warcraft.” A $160 million tentpole that falls out the Top Ten and barely grosses  $2 million by its third weekend (with a 71% drop) is a performance that will be hard to duplicate.