The visionary filmmaker has found some familiar and new faces to lead his fantastical Netflix animated series, premiering in December. 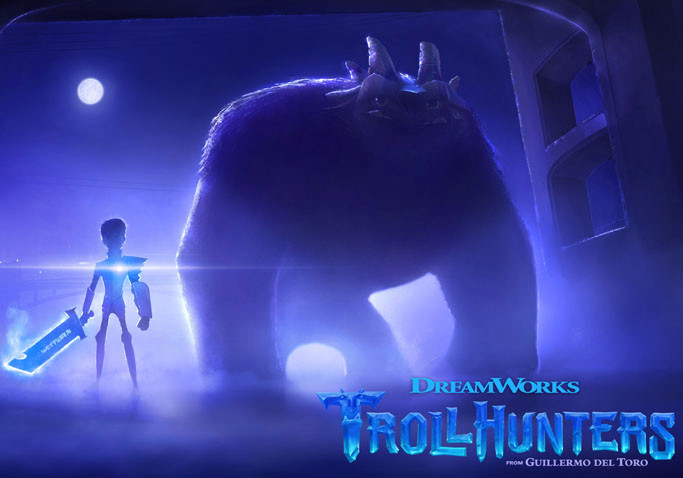 Guillermo del Toro, the visionary behind films like “Pan’s Labyrinth” and “Crimson Peak,” today announced (during his own career retrospective at the Annecy Animation Festival) that he has found the leads for his Netflix animated show “Trollhunters.” Anton Yelchin (“Star Trek,” “Star Trek: Into Darkness”), Ron Perlman (“Hellboy,” “Hellboy II”) and Kelsey Grammar are set to provide the voice talent.

“Trollhunters” will follow Jim, resident of the fictional suburb of Arcadia, as he and his friends “make a startling discovery that beneath their hometown lies a hidden battle between good trolls and bad, the outcome of which will impact their lives forever,” as said in a DreamWorks/Netflix statement this morning.

Yelchin will voice Jim, whose discovery of an amulet propels him toward adventure. Grammar will voice Blinky, a benevolent troll who becomes friends with Jim. Perlman will voice Bular, who del Toro and crew say is “a sinister troll who targets Jim and his friends for battle.”

Also produced by DreamWorks Animation, “Trollhunters” is being touted as family-friendly and will premiere in December of this year.

Stay on top of the latest breaking film and TV news here! Sign up for our Festivals newsletter.